The idea: a will to share a message of freedom and the vision of a positive and modern Africa, with a blend of afro, hiphop and rock sounds. 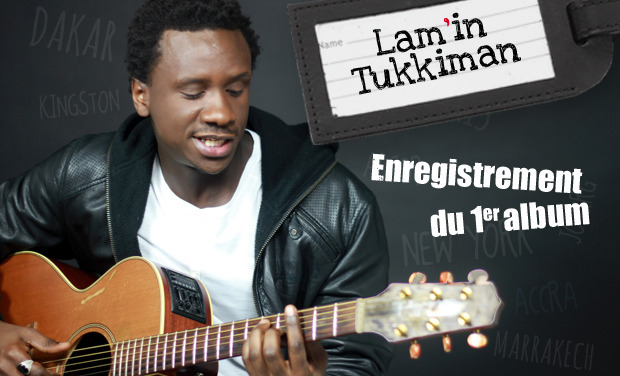 Discovering music changed my life. This album is the realisation of a dream, the conclusion of 15 years dedicated to composing, writing, singing, rapping and mixing music... between Dakar and Paris.

I started composing for others and, after many notes and chords, I finally started singing and rapping to my own music. Encouraged by some of the musicians I had worked with, I started my own group called Lam'in & The Tukkimen, with whom I've been playing for 3 years now.

The logical follow-up to this story is obviously my first album! Half of it is already recorded and mastered. The other half is composed, but we still need to record and finalise it. Here are the first few tracks to give you a flavour:

I have also filmed and self-produced 3 video clips, but more funds are needed to finish the work and produce the album.

Supporting me in this project would not only be an enormous gift for me, but also show encouragement for a modern and progressive Africa, proud of its roots and open to the world.

Part of the album is already done, but I need more funds to finalise the project: - Studio time for the remaining tracks (recording, mixing and mastering): €2500 - Manufacturing costs (including design) for 1000 discs and 500 promotional discs: €2500