Support the DVD edition of the unique documentary about FENCING in the French West Indies: discover the background of many French champions! 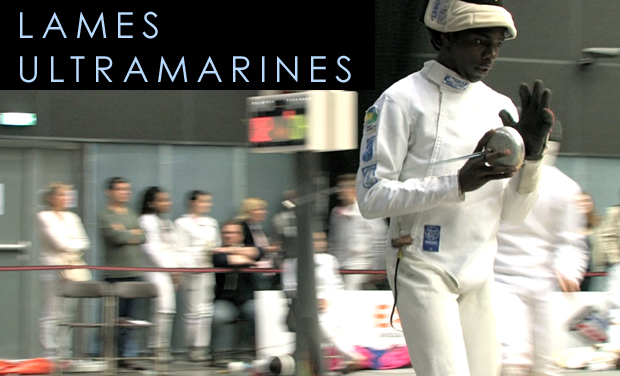 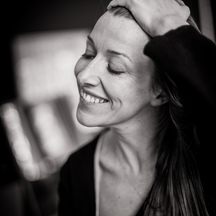 For the last few years, French fencing teams have brought in a lot of athletes from the French West Indies. This film tells the story about the everyday life of these athletes: where do they come from? What are the conditions in which they train? What are the obstacles they have to overcome? Following young epee fencers, you will understand what struggles have faced the French fencing champions.

French fencing has accumulated an extraordinary amount of awards, especially in comparison to other French sports. In fact, France has earned the most medals within the sport all the while being the sport in which France has earned the most medals in. Although the rules of fencing were born in France and French is the official language of fencing, fencing is a sport that has long since remained within the shadows.

Even though all of the athletes mentioned have had amazing results, I have found it interesting how much influence the French West Indies have had within the French world of fencing. These athletes tell an interesting story about how and why they got into the sport and how they have succeeded while being outside of the mainland. I went to Guadeloupe. Where I met fencing masters, high-level fencers, the young ones who were just beginning to learn the sport, and the parents involved in the local clubs. I discovered training conditions were sometimes terrible; some dilapidated practice rooms, rather dark and pretty warm, there was an absence of material, and the humidity made all of the swords and masks rust faster than the time it took to get some new ones from Europe. I learned that in order to make progress the young athletes have to compete every 3 weeks in Mainland France making them miss school for several days. Some competitions that cause the parents to find funds for an expensive travel abroad, a hotel, and equipment all for a sport in which you barely earn money or none at all. I saw that their learning process is hard and sometimes even cruel, but these young athletes seem to have desired it. What motivates them? Who are these amazing kids?

I followed the student-athletes of The CREPS in Guadeloupe throughout their training. They hold onto their hopes and dreams as they go through the same training that past champions have been through. Because the fencers coming from the French West Indies have to face another hardship to make it in the sport: being so far away from home.

This is a film that explains why one would choose so young to train in a sport that completely transforms your life. Fencing athletes have to work hard, to be physically and mentally strong, and to let go of doubts. You have to give the sport your money, your time, and your heart; your everything. How does one build a future so far away from home? How can you part from your family and your land at such a young age? How can you risk everything for the title of champion, when there is nothing to win other than pure satisfaction? The film follows the perspective of young athletes as they train throughout their young adulthood. Wondering how far they will go for a sport, risking all of the consistencies in their lives, friends and family.

The year I filmed this movie, I chose two athletes to focus on, Hendrick and Stanjik. Mainly because one came from Guadeloupe and the other from Martinique, but also because they have two very different personalities that would bring a lot of humor to the movie - an aspect that was really pleasing to me. That year, they were also the two fencers from the CREPS that showed the most potential to enter in the Pôle France Espoir (France Epee training center for high level juniors, the last step before France national team and INSEP, the national training center). I chose to take a risk in following them because I had no idea whether or not they would succeed in this competition.

Hendrick is from Guadeloupe. He comes from the same club as Laura Flessel, “le club de Petit Bourg”. Since the filming of the movie, Hendrick won the 2016 Junior World Cup in Udine. He is the only French junior to have won an épée world cup within the last seven years. He is now a partner of the INSEP all while continuing his studies in aeronautics.

Stanjik is from Martinique and he grew up in French Guiana. Since the filming of this movie he has returned to his studies of business and marketing in Lyon, France. He is also a US citizen and plans to move to USA to enter a college next year, where he will go back to fencing.

I am still in contact with the people filmed in this movie. Some of them include notable athletes like Meddy Elice, Meredith Guillaume, and Grégory Rébus.

Jean Michel Lucenay, Yannick Borel, Ulrich Robeiri, and Daniel Jérent are all Olympic and world champions. They all come from The French West Indies and have accepted to participate in this film.

This movie has been chosen at the FEMI in Guadeloupe and brought back the best TV5 french speaking documentary award. It was showed on France Ô, Martinique 1ère, Guadeloupe 1ère et Guyane 1ère the morning before the opening of the 2016 Rio Olympics.

I would like to thank everyone who helped me with this film. Some of you have done it because you had a crush on this film, because you have a passion for fencing or because you wanted to discover these young athletes and from where french fencing stars come from.

I have given a lot to be able to complete this project but I still need your help.

Because so many of you have asked :

We are going to edit the DVD of the film Lamed Ultramarines. It will contain bonus scenes as well as a version with English subtitles.

So now you can participate in the process of turning this film into a DVD by choosing to donate. You will be guaranteed a copy of the DVD and some surprises you can find only on KissKissBankBank.

How will it help ?

After the success of screening the film on TV, we want to offer it a second life on DVD.

The DVD would be rich in bonus material which includes lessons, matches, training at the INSEP, and other scenes that were eventually cut from the movie.

One support for 2 projects

These donations will serve towards the completion of a DVD (editing of bonus scenes, subtitles, jacket designs, etc.…)

It would be important to make a version with English subtitles in order to be able to screen the film internationally and enter it in film festivals.

1200€ is the minimum amount of money needed to raise for this project.

The graphics and technical work of a DVD

The burning of  DVD

Letters and envelops and stamps (for France, for other countries, please add 5 euros per dvd)

Additionally, you can help me by organize a screening!

-Convince the manager of your local cinema to screen the film

-Talk about the movie with your friends and family !

Thank you to everyone !!!

A big Thank you ! and a sticker of the Film

A sticker of the Film, and a vimeo code to watch the film and A big Thank you !

A DVD of the film with english subtitles and bonus, and A big Thank you !

A DVD of the film with english subtitles and bonus, a sticker and A big Thank you !

2 DVD of the film with english subtitles and bonus, (sent to the same address) and A big Thank you !

A DVD of the film with english subtitles and bonus, A black t-shirt "Lame ultramarine", 3 stickers, and A big Thank you !

A unique photo 20x30 cm, signed and framed from one of the stills I have shot in competition, (to be chosen among my albums, you can see them on the film's facebook) and A big Thank you !

A public screening with the director or a character of the film (in the place of your choice and with your technical device). Perfect for clubs, associations, NGO... and A big Thank you !