Help a young biology student to go study pesticides and their impact on local populations in Latin America. 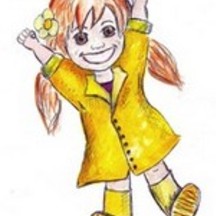 Take a look at my blog for more: latitude2326.wordpress.com

Note: the video was made with the idea of crossing the Atlantic. Nevertheless, I am  always looking for a boat, but to go up the Brazilian coast.

Research the spreading of the active compound of Round up

Pchiiiit some info!   The Roundup is the most widely used herbicide in the world. Its active ingredient, glyphosate is found everywhere, which is why scientists are increasingly interested in its use and how it works. This is in fact a surface herbicide that does not penetrate very deep parts of the soil or ground water. Thus remaining in surface, transport by the wind is suspected when applied in the fields, either in the short term or longer term. Many studies on this subject have already been made but not on this particular pesticide or Argentina. Argentina is the third largest producer of soybeans in the world, much of which comes from transgenic seeds distributed since 1996. Pesticide use has exploded since that time, for example from 34 million liters in 1990 to over 312 today millions liters. In addition, the legal framework regulating the use of pesticides is more permissive than in Europe, which causes excess and misuse, endangering the health of farmers and rural residents.   In order to have a closer look into this situation, I take my backpack, my camera and my test tubes and I'm going! I go to Argentina first, then around Central America.   The first aspect of the project Latitude 23 ° 26 "16 'is a field scientific mission in the region of Cordoba. As a subject of study, the transport of glyphosate. This herbicide is usually applied by plane to cover more surface. Upon application, it is transported by the wind over distances of several kilometers, reaching inhabited areas. Secondly, spread via sediments keep taking place when the compound is on the surface of the  fields.   These two phenomena will be studied via the installation of sediment catching stations in strategic locations: Zone 1: in the middle of the field until the center of a village. Zone 2: in the middle of the field into the center of Cordoba. Zone 3: in a mountain village in the Andes and its immediate surroundings, this area will serve as a control area. Sediment will be collected, treated to make sure the compound is not degraded and sent to the laboratory at the University of Wageningen in the Netherlands for analysis.

Study the effects on human health

The second aspect of the project Latitude 23 ° 26 '16 concerns the effect of glyphosate on health through the development of a detailed questionnaire and interviews with the local population. So, I go to meet locals in 3 zones described above, including farmers, rural residents and city residents, but also doctors and healthcare centers' managers to have more objective data.   This is an epidemiological study of public health that aims to verify whether a causal link between the herbicide and certain diseases is indeed remarkable. At the top of the the list are respiratory and skin diseases, fertility and endocrine problems and cancers that have already been pointed out in the research community.   With experimental data on the transport of glyphosate and its impact on health, we will be able to learn more about the risks associated with pesticide use.

Report what I see on the spot

This research topic is extremely interesting and involves issues that affect the environment, agriculture and health.   We need to talk about it!   I also take with me my dictaphone, my camera and my notebook to make a documentary web and report what I see on the spot. The report does not address only the scientific aspect. The aim is to inform what I will see Argentina and Central America and especially how people perceive intensive agriculture and pesticide use.  Where the scientific mission stops, the documentary continues.   Following 3 months in Argentina, I would travel to Central America (by sailing boat),  still with the objective to meet locals. I will go especially to organic farms to get a different point of view.   The web documentary will mainly be short videos of about 10 minutes posted on my blog http://latitude2326.wordpress.com every 2 weeks. It is also possible to subscribe to the newsletter via the blog, to receive news directly in your e-mail inbox! The itinary

In short, September to December 2014 in Argentina January-February 2015 sailing along the coast March-July 2015: Central America from North to South

It's been two years I am preparing for this adventure. So I already started saving money. I have set aside 2,000€. Besides this, a summer job, scholarships and the search of sponsors helped me raise funds. Now this is the last month. I almost reached the budget of € 6600, I have "only" 1000€ to find!

The purchase of equipment

First, the scientific research and realization of the web documentary require a minimum of equipment. So I have to get rid of my old and heavy laptop for a new one much lighter. Then I have to invest in a camera. No need for a professional one, but  good definition, steady image and good sound catching are necessary. These are the only expensive equipment I need but which weigh heavily in the balance.

Then there are all the costs due to travel, especially during my trip in Central America. I travel cheap with backpack, tent and even hitchhiking if possible and safe. Nevertheless, the basic transport costs, food and accommodation are inevitable.   Here are the details of the overall budget (in french sorry).