Help us bring to the screen the strangest machine wash ever ! 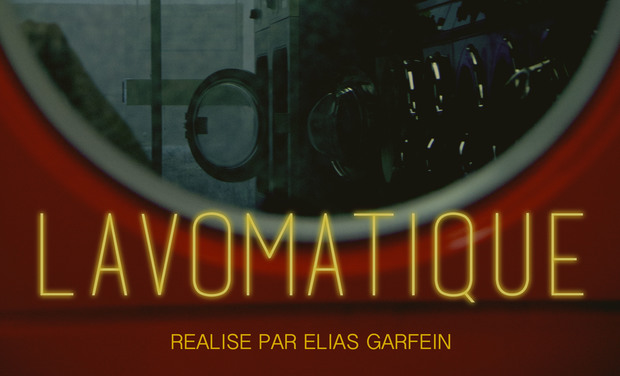 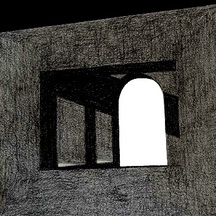 Lavomatique is a medium-length film which constitutes the first episode of Lueurs Noires (french for “dark glimmers”). This project is carried by a very motivated team, and we need you to help it become real !

A few words on Lueurs Noires

Lueurs Noires is an anthology series, which revisits the absurd and fantasy genres. Each episode will tell a separate story and will last around twenty minutes, except for Lavomatique, which will last forty minutes.

Lueurs Noires will explore the two genres of Fantastique and Absurd, trying to anchor them in a very trite reality. The fantasy genre that Lueurs Noires will be set in is derived from what is called the fantastique genre in litterature. The fantastique tends to change the course of the usual codes of reality, wavering on the thin line between rational and irrational, all that starting from a very banal context. Only out of that daily context, can the absurd emerge and fully express itself.

In our project , this vision of the Fantastique genre comes partly from litterature. We take inspiration from writers such as Kafka, Gogol, Boulgakov or Julio Cortazar. In those writer's perspectives, the fantastique is an element that emerges from reality. A reality which suddenly, topples over and shows itself under a new light.

Finally, the ifantastique genre is also the idea of smashing the norm, the everyday life, in order to reveal the all the absurdity of a daily routine.

Lueurs Noires is an ambitious, long-term project. It is now at its starting point, and this is where you, KissBankers, can play your part !

Sarah calls the number written on the wall, and on the other end, someone by the name of Martin Fichons, “attorney specialized laundry-related matters”, answers.

Without suspecting anything, Sarah has just stepped in a labrinth made of clothes, soap and forms.

Who could she trust now ? That young girl which smiled to her earlier that day ? This strange man “who you call when you have a washing-machine problem” ? Or the man who sits in the laundry without saying a word ?

Poster for the movie, by Nathan Pessin

When the Lueurs Noires project was born, we had several ideas for the episodes, and when the time to choose which one would open the series, we knew it had to be one that could introduce the series' atmosphere. We chose a medium-length movie for that first episode in order to invite the audience to fully enter the world of Lueurs Noires. Lavomatique was that one idea.

Indeed, Lavomatique takes place in a very usual set, that of a laundromat on a Sunday. What triggers the supernatural, is the washing machine which all of sudden that it won't stop : that is the Fantastique bursting into the everyday life. From now on, the ordinary becomes unusual, and Sarah's world reveals it's true hostility.

We are aware that our first project is an ambitious on, but it is that ambition that made us want to shoot Lavomatique and take such a bet ! Lueurs Noires, its world, its tone, will both be represented in that episode. We are planning on shooting Lavomatique during the last ten days of October, and the movie's postproduction will last several months. We plan on releasing the final version of Lavomatique in March 2016.

What inspired us for Lavomatique :

The idea for Lueurs Noires came mostly from two anthological series : Rod Serling's The Twilight Zone, and Alfred Hitchcock presents. Indeed, these series vary a lot in the subjects as well as in the stories they broach.

Among others inspirating sources, one could find Scorse's After Hours, particularly for its depiction of the supernatural emerging from reality itself.

After Hours by Martin Scorsese.

Concerning especially one scene, the influence of Jan Svankmajer's short film Darkness Light Darkness, has been of great importance.

Lavomatique's mise-en-scène rests mainly on the work upon spaces : the laundromat, Sarah's appartment, and the street. Our objective will be to transform these spaces in order to alter their aspect on screen, as the story goes on and as Sarah's anguish gets more and more important.

Through light and sound, we will try to render the gradual isolation of the character. The work on shadows will be essential.

Alfred Hitchcock's Strangers on a Train (1951)

Pedro Almodovar The Skin I Live In (2011), by its use of color, has also been a major influence

We will shoot the entire Lavomatique episode in Paris' fifth arrondissement, around rue Mouffetard, in the Quartier Latin.

The laundromat where most of the movie will take place.

Sarah Letracé : Julie Rodriguez, Julie gratuated from Paris III – Sorbonne Nouvelle university after studying scenography in Slovakia for a year. She is now still studying scenography in Paris I – Pantheon Sorbonne university. She has played, among others, in Jean-Charles Bastion's (FEMIS) short film Sept Sceaux in 2013, and more recently in Falk Richter's play Ivresse, directed by Pierre-François Pommier, at the Théâtre de la Colline.

Valentine : Liora Jaccottet Is a second year student in the VIIIth arrondissement Drama school. She has played during eight years in the Lycée Henri IV drama association. In 2014, she played in L'annonce faite à Marie at the Paris ENS. In 2015, she played in several projects for the Wallonia-Brussels Center, and in a short film by Louise Bernard.

The silent one : Jean-Baptiste Harang is a writer and was a journalist for French newspaper Libération. Among other novels, he wrote La Chambre de la Stella in 2006 (Prix du Livre Inter), and Nos Coeurs Vaillants in 2010 (Prix Jean Giono).

Screenwriter, co-producer and director of Lavomatique, Elias Garfein directed in 2013 his first fully self-produced, medium-length film called Crusoë sur un toit (see vimeo link below). He also co-directed various films for his Film studies at University Paris VII – Denis Diderot, among which a documentary and an animated short film between 2014 and 2015. In 2014, Elias was part of the production team on Pierre Sabrou's short Spectacle ! . Elias is the creator of Lueurs Noires.

Etienne Labastie is a student and took part as an actor in several short and medium-length films between 2012 and 2015, including Jean-Charles Bastion's Sept Sceaux, and Elias' first film Crusoë sur un toit. As a producer, he helped shaping and launching Lueurs Noires from the very start.

Donate to our project, and help give life to Lavomatique and bring Lueurs Noires out of the dark !!

The budget mounts up, in total, to 3850 euros. The movie is funded partly self-produced and partly financed by the money collect on Kiss Kiss Bank Bank (see graphic below). The collect will only serve for fiming itself.

Photography :  664 euros, including rental of the camera (Canon 5D Mark II, along with a few accessories), as well as all the accessories necessary to shoot with a DSLR (follow focus, mattebox, screen).

The light : 386 euros, including the rental of three spotlight, and the necessary accessories (reflectors, cables, etc.)

Sound : 564 euros, including rental for microphones, the boom, sound recorder and all the necessary accessories.

Make-up : 300  euros, including make-up , and one practical effect

Décors: 800 euros for the use of the laundromat during filming.

Second half of shooting (end of november) : 600 euros , one scene of the movie requires separate preparation, including the building of a model apartment.

The goal of 2100 euros is but a minimum required to make the movie. In order to

make the movie in the best conditions, we need to go beyond this objective !

- rent a stabilizer (glidecam and the vest attached to it), an essential asset for the many travellings in the movie !

- a Ronin stabilizer, (easier to handle than the Glidecam), and a slider

- extend location of the studio for the second part of filming, in order to obtain the best possible result !

Distribution of the kiss kiss bank bank money collect is the following :

There is not a lot of time left, and it's up to you to help us make Lueurs Noires and Lavomatique come to the screen !