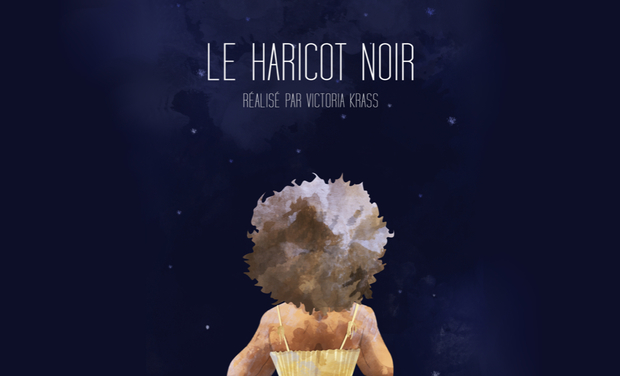 Help us shoot our short film !

Shooting dates: end of May/ beginning of June

The short film is based on a true and personal story.

We wish to bring to light the feeling of discrimination that a child can suffer from. To illustrate the imagination of a child, a short part of the film will be done in animation (the first sketches are in the mood board).

Nila is a 7 year old dark skinned girl who’s curious about everything that surrounds her and who has a passion for astronomy. Aware that everyone around her is white she begins to question herself about her own skin color.

She does not feel comfortable in her own body and tries everything to become white. When her (white) mother finds out the reason of Nila’s suffering she explains her that her skin color is not important. Nonetheless Nila continues to feel isolated and excluded.

Why do we want to tell this story?

With this short film the writers want to underline the fact that racism can be very subtle. It is not only present in insults and slurs, but it can also be found in the images, the culture and the details of our day to day life, without us being aware of it. This can be dangerous, because the problem is intangible but omnipresent in the media that surrounds us from a very young age. We want to highlight the misinterpretation that a child can make between norm and difference.
Our goal is to make people aware of the fact that racism is still omnipresent in our society. The animation and the innocent perspective of a child are the main assets of our short film.

We chose the title « Le Haricot Noir » (The Black Bean) because Nila’s questioning begins when her mother tells her that children are born thanks to a little bean that is introduced via the belly button into the stomach of the mother.

The crew mainly consists of film students that are in their second year at « Eicar ».

Young italian and german director who was born and raised in Milan, Italy and who came to Paris to pursue her dream of film directing. She already directed a few short films. You can watch two of them below :

Vanessa was born and raised on the Caribbean coast of Venezuela where she was brought up by her mother and her grandmother. And like Nila she was asking herself a lot of questions.

Vanessa left her country to come to France more than 7 years ago and it’s because of this geographical and cultural shift that she is able to recount the memories of her past. She is not proud of them but she considers it important to share them with others.

Catering and transportation
500€ of the budget will be used to feed the crew during the 4 shooting days and to transport the equipment and the crew to the set.

The short film takes place exclusively in Nila’s and her mother’s apartment. Whit 600€ we will be able to rent a location that matches our artistic vision.

Étoile noire takes place in the 90’s, it is therefore important that we buy furniture of that time period to make it believable and to create the decoration of Nila’s room.

Part of the film will be in 2D Animation, drawn by an illustrator and then scanned and digitalised to be put on screen. The 250€ will pay for the paper and drawing materials, as well as reward the artist for her work.

4% of the budget will be used to

The camera and lighting equipment is provided by our school.

But wait, it’s not over ! If we can raise 500€ more we will be able to reward our main actress who will be the heart oft he film.

Your name in the end credits + link to see the film

Previous perks + invitation to the film premiere (in Paris)

Previous perks + Drawing of the animation

Previous perks + you are the co-producer of the film