A documentary film about the story of the unusual gardeners of “la Ferme du Bonheur” (Farm of Happiness) in the heart of Nanterre. 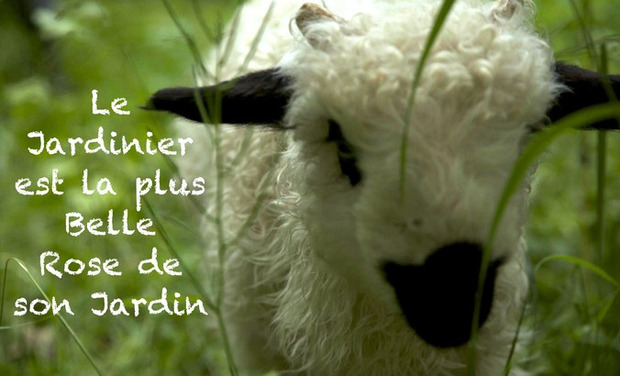 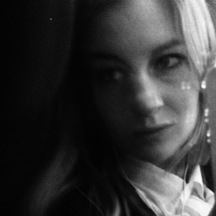 Everyone should use what Mother Nature gave us before Father Time takes it away. A farm of agro-poetry inside an urban chaos.

The story begins 20 years ago. 20 years ago a farm, inhabiting more than just the usual selection of animals and cultivation, opened its gates and philosophy to the outcasts of society. It caused controversy on its opening and presence in the French town Nanterre, suburb of Paris. To the locals the farm was inaptly named  “Ferme du Bonheur”, located on a historical axe called “le grand axe historique”, starting from Tuilerie (Paris) to Saint Germain en Laye. It is where André Le Nôtre, one of the most famous French gardeners, worked for Louis XIV.

Today, the farm is still a place that stands vehemently against the delocalisation demands made by the town hall of Nanterre. Administrative fights, help from people far and wide, has led Roger De Prés, founder of the farm, to making his and the farm’s voice heard. De Prés, like the shrubbery and greenery that surrounds the farm, has preserved and natured the organic spirit of Ferme du Bonheur, It has always been known as a place of reflexion, including researching on the complexities and intertwining of human and nature.

Yet it is more than that, it is a sanctuary of poetry, art, music, and theatre, sitting alongside the agriculture, animals, and ecology.

A social interaction between man and land. An agricultural utopia.

The film showcases and brings to light to the 15 employees’ of the farm everyday stories at this weird and wonderful cultivation. Their life, through the lens, shows their fights, fears and ultimately their hopes of the future for this mythical and unique place, “la Ferme du Bonheur”… the “Farm of Happiness”.

‘The Gardener is the Most Beautiful Rose of his Garden’ is a documentary film, which is offers a reflexion on the activities of the farm. The film proposes a different approach of urbanism to nature, about the place of a farm inside a city, of the suburbs of Paris. Combining art, animals, poetry, social actions, music and ecology that co-exist in a same place.

The fundamental theme and higher question of the film asks, “Can we do things differently?”

Through the 56 minutes, the film takes us to the heart of this unusual place, we discover its different areas and actors.

The events that it presents such as “..hic sunt leones” a theatre piece of C.O.C company, Eat my Dust, DJ Mamie’s, the field of the guard…etc.  To tell the story of this unique farm, portraits are made of the people living and working at the ferme du Bonheur, but also people outside such a representatives of the town hall of Nanterre, people living in Nanterre or who are coming to the cultural/social events.

THE FARM OF HAPPINESS

A place of ecological, artistic and social thoughts.

Liberty, equality, fraternity! The founding words of the French Republic are the eternal echoing philosophy praised and practiced by Roger De Prés, owner of the farm. This sentiment of yearning for a different life outside of the cobbled concrete Parisian goldfish bowl has attracted many like-minded people.

The philosophy permeates throughout the ecology of the farm, not just from the people, but also to the animals and eclectic events that are consistently on offer and show.

The farm represents the soul and core of a past time. A retrospective to a place where mother nature was a key part of living, and how it is able to bring people and nature together.

The farm is an alternative to turning the tide of the norm of the 21st century of the corporate and capitalism conglomerate of concrete society.

The style makes the viewer to close to these unusual gardeners and has a human and social significance. Which means that close up shots and proximity shots will be used to provide alikeness as well as shots in movement to give the impression to be present to the event or moment featured.

The style remains alive, direct and natural. The aesthetic of the image will be colourful and dynamic.

Effects such as: black and white to colour, time-lapse, speeding up, dissolving, slow motion would be used.

The presentation of the protagonists will be specific and characteristic to the person presented and to his environment. In the background will appear lucky objects or used to his work in the farm. The place is representative of his role and action within the farm.

Typography will be used to give information on the name, role, age of the person…etc.

The style of the presentation’s sequence can be imaged as for example the personages of Wes Anderson’s movie in the Royal Tenenbaums are presented.

The Farm of Happiness is introduced as a full personage on one of its symbolic shot.

Music will be used in order to support the images and highlight messages.

Aurore started her carrier as press journalist before to graduate a master of media and communication management in London where she decided to become director in filmmaking. After her diploma, she went to Berlin to work as director/redactor in Media Consulta, Film&TV Produktion during 2 years. She made various audiovisual productions such as web-documentaries, VNR, viral spots. Few of her realisations: “Driving innovation”, “A partnership between Europe and farmers, “Your Europe, Your Say”, EDEN…

David is a photographer and cameraman since 4 years in Paris. He has filmed for short films and is recognize as professional photographer.

Katalin is a professional cutter who has worked for Hungarian TV and for Media Consulta in Berlin. Today works as cutter for a society of production of 3D films in Berlin.

Journalist in health and environment, Nadia started her career by a formation in “Quality – Environment” 20 years ago. She made sciences, molecular and cellular biology studies. She has an experience in medical researches. Committed to the human and its environment matters, she is a labor organized since 20 years devoted to vulnerable populations in needs.

WHY THESE SHOOTING DATES?

Here the list of the main events featured in the film:

-        3rd to 24th July: Eat my Dust event, 3 to 4 days of shooting, young south African from Johannesburg come to the farm to build a shack and show their short films. More information on http://france-southafrica.com/programmation/un-shack-a-la-ferme/

-        Mi-July, an afternoon to the field of the guard. The précised date will be defined beginning of July.

-        Mi-July, 5 days of shooting, interviews and beauty shots of the farm and Nanterre city.

The film documentary will be done by end of September.

Local projections will happen at the farm, in the cinema de Nanterre.

“You have not lived today until you have done something for someone who can never repay you.”

It could be as simple as for LOVE for the project or the philosophy or for film itself. Moreover the documentary film brings to light and conscience an alternative solution given by the everyday life of these unusual gardeners: a consensus between nature, human and the world of today. It has an ecological, environmental, artistic and social impact.

Indeed, in a world where natural environment is declining the human-being is in precarious position losing his fundamental bearings. Natural resources accesses are deeply deteriorated in the same time as his quality of life and his eco-system. Encouraged by an inequitable economic model where money is the more important than food, the society is inevitably dehumanized leaving out the poorest, and the most vulnerable further behind. That’s the reason why it’s important to remind each of us of the risks of such a world, and collectively contribute back to a healthy, fair, equitable, solidarity life which respects our environment.

This documentary is to arouse awareness for all these thinking trying to answer to :

-How Nature will be involved in our tomorrow’s world? -Which world would we like to leave to the future generations? -Is there a compromise to reach a harmonious balance between nature and human?

« The Farm of Happiness » seems to offer alternative and original solutions in developing, in particular, agro-poetry in urban areas. They defend fundamental values such as recycling, natural environment, arts in all its forms, animals and social actors. « The Farm of Happiness » promotes a way of life and thinking with solidarity for best harmony and balance between nature and man. It’s a glimmer of hope, a new breath to ensure the maintenance and perpetuation of humanity. Striving in everyday life acts, these poet-gardeners send us, with a great humility, a clear message of hope regarding a better world for all of us.

This is why we need a financial participation of each and every one of you. It will allow meeting the logistical and technical materials needs (production and post-production) to be sure to offer a quality movie with universal scope.

Production and catering - food and transports: 479€

The documentary film is shot with a 5D mark II. It’s professional equipment known to be easy to carry. We have chosen this camera by the aesthetic and the quality that it gives to the rushes. She is also very popular amongst filmmakers for deepness and character she gives to the images.

This is where the magic truly happens, where the film takes his form, effects, his colours and music. We will be editing on the professional software Final Cut Pro. Colour grading will be made on the full movie as well as the sound correction to harmonise all the image and sound.

My eternal gratitude and unreleased pictures signed by the team.

My eternal gratitude, unreleased pictures and your name will be mentioned in the end credits

Previous rewards as well as an afternoon in the field of the guard at the farm for some agro poetry with the team;.

Previous rewards plus a place to an event of your choice at the farm.

Previous rewards plus a DVD signed by the team and bonus of the documentary!

Previous rewards plus 2 places for a private projection of the documentary film.