Louis de Funès' museum is going to move to a part of his ancient castle : the Orangerie of Le château de Clermont. 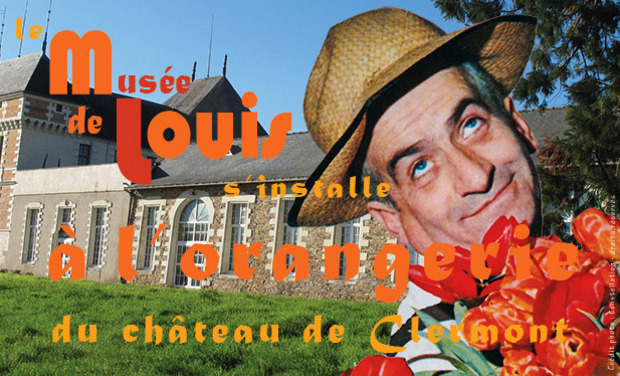 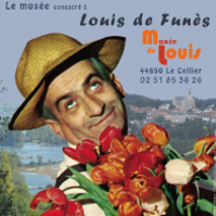 Early 2013, we started the Musée de Louis association in order to create a museum dedicated to Louis de Funès, located in Le Cellier (nearby Nantes), his village. We've gathered an impressive collection of memories, with help from both collectors and the people who met and knew Louis de Funès in Le Cellier : props, documents, interviews... All following his carrier, and his life here and elsewhere. The mairie of le Cellier first lent us a small space to begin with. The de Funès family is giving us their help and support, as well as their trust. Michel Galabru, Louis' great friend, is the museum's "godfather".

The opening of the tiny museum

The Musée de Louis opened in le Cellier on July 1st 2013 : two little rooms and a lobby, in the center of the village.

From july to december, more than 5 000 persons have visited our very small museum ! And so much congratulations, greetings, and wishes to grow up in the book "Le Monsignor" !

The place was too small to stay in, so we decided to look for another... Not so easy in a small village, even if it is beautiful it has not so much possibilities to install a museum !

But there was an idea... we did not believe, but we have tried...

To the orangery of the castle !

The castle of Clermont is a private residence, where about 40 families are living. But a large part just beside is empty since the restaurant that was there has been closed, 4 years ago.

Here are photos of an hommage giving by the village and the Musée de Louis 14th and 15th september. More than 10.000 visitors these 2 days ! A big exhibition was organized in the orangerie, and in the city center, nearby the river La Loire, and in the museum it has been 2 incredible days !

The dream is going to be realized !

Here, the video will be projected (with seats like in cinemas) :

But... Damages occured during 6 years :

And it is necessary to repair quickly, because we must open the new museum in april.

With friends architects we have selected only the indispensable works, and for the equipment (video, security, terminal for payement etc) and decoration, the cost of the project is estimated about 48.000€.

We ask for help to companies, and also to everybody interested by the museumon here on Kisskissbankbank for 10.000€.

If with happyness the givings were over, they would be used to reduce our bank loan.

Thank's for your help on Kkbb but also by talking about our project all around !

Here are pictures of the project that we like very much, even if the colors will be quite different (orange rather than pink for the 70's !)