A spiritual quest leads a Moroccan woman to climb the Everest. 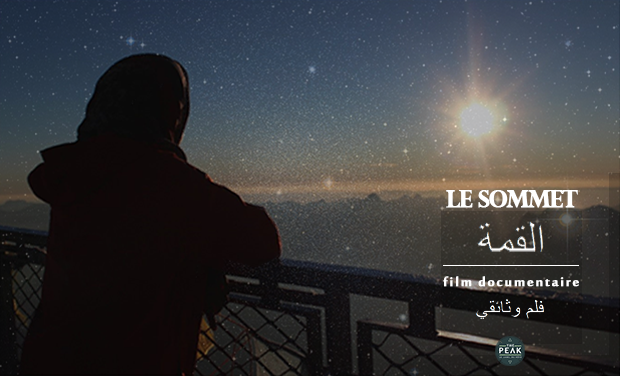 My name is Mehdi Moutia. I discovered the world of cinema purely by chance. Today, making movies is my passion and my main motivation. So i was deeply interested in the concept of motivation. What motivates people to surpass themselves, to rise and accomplish great things? This quickly brought me back to the idea of the dream. I then decided to film the dreams of others while realizing mine. I started by making a documentary on Brahim Iddouch, a Moroccan bodyboarder: started out of nothing, he learned to surf with the tourists on the beach not far from his home, lending the surfboards and ended up being The 17th best bodyboarder in the World. Trailer "The Peak"

Synopsis "When she was a little girl, Bouchra dreamed of being an astronaut, and today, at the age of 48, she is trying to reach the highest peak of the world: the Mount Everest. This will lead her to explore her soul and bring her closer to her purpose. The message she carries within redraws the outline of the faith of an arab-muslim. We find a little girl (13 years old), trying to evolve in a Moroccan society that struggles to reunite its materialistic and spiritual desires."

What is the idea ?

The idea is to make a documentary film whose main story is the ascension of Everest. But beyond that, the story of Bouchra inspired and impressed me that i would like to share this with you. Why this topic?

The current context in the Arab world prompt us to think about the social status of the women in society and its relationship to religious culture. Bouchra Baibanou appears in this context as an emancipated Muslim woman. In addition to her position as an engineer at the Ministry of Transport, she climbs mountains, creates associations, organizes hikes, animates the planetarium of Rabat thanks to her passion for astronomy and adores above all "travel". She carries the utopia of a better world and tries to spread the good values ​​she has gained through her experience, whether through her blog, her facebook page which counts 14.000 fans or her various conferences and interventions in the schools.

The story of Bouchra and her determination to realize her dream could be the beginning of a concept, an idea that will rise in the minds to perhaps bring people to actions, even a profound change to finally give birth to an independent and emancipated Muslim woman, who dares to go to the top of her dreams.

We will make a first shoot at the base camp of Everest. Bouchra will be equipped with cameras l during her ascent. Filming will continue in Morocco, in Rabat, the hometown of Bouchra.

I would be alone to follow Bouchra to the base camp of Everest. The 2500 euros will be used for the first shoot in Nepal. My personnal contribution is 1700 euros but i need more to cover the cost of this operation. That's why i ask for 2500 euros.

If we reach 200%, a very talented cameraman will accompany me and help me to capture beautiful images.

I need to specify that it is me, Mehdi moutia, who will personally receive the funds from the donations.