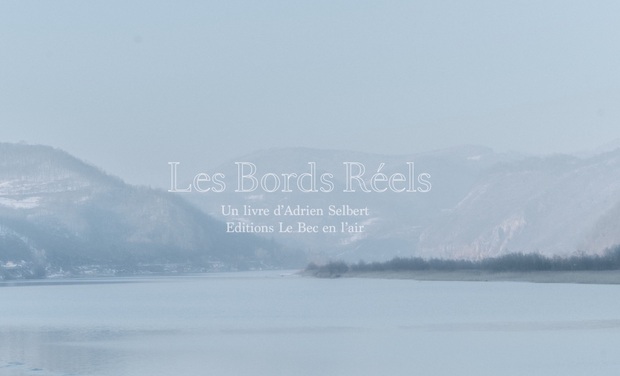 “Far from the photographic work usually carried out on survivors, this series offers a very personal vision of the permanence of the conflict. "

"Here, war is no more, and it is not yet peace.

It is the in-between time that we call « post-war ». It is the time comprised in the dash between those two words. Only nobody knows how long its length.

And that’s exactly what I came to photograph. Bearing witness, documenting, requires a rigour I am quite incapable of summoning. Busting ghosts is what I want. Hunt down the «in-between» time within the substance of the images.

This book is the never-ending dash between the war and its aftermath."

"Spectral landscapes, marked faces of survivors, tired poses ... It is a country trapped in its past that the French photographer Adrien Selbert shows in his series.".
M, Le magazine du Monde

I imagined this book as a wandering in a forgotten land.

A territory whose name and history are unknown. Images put like riddles which remind us of other images, which are like reminiscences, which collide and echo each other. We go through this book as we cross a strange and tormented dream.The images follow one another without the meaning of the story being given to us. We cling to these faces, to these postures, to these landscapes as to the images of a wordless tale. No caption accompanies the photographs to let the reader on his own journey, be put in that sleepwalking feeling, which was mine when I traveled the country. Page after page, we move forward in the fog of a never-ending post-war period. I like the idea that these images could have been taken everywhere else. A shrewd eye will recognize here and there signs that show the Slavic character of the photographed territory, but nothing that brings us back to a specific context. As well, the text which accompanies the photographs tells us the story of the country whose name only appears at the end. The author of the text itself remains unknown. Captions take the form of a list, a short text, sometimes poetic, sometimes factual or personal. I like the idea that the reader thus has to go back to the photos to connect the words to the photos, like the points on a map that finally allow them to see the big image.

On the occasion of the 25th anniversary of the end of Bosnian war, The Real Edges prolongs and completes the first photographic work of Adrien Selbert, Srebrenica, from night to night. This series internationally awarded was published by Le Bec en l'air in 2015.
This new project pushes the limits of his photographic vision even further towards more experimentation and poetry.

This series received the support of SCAM and CNAP and was exhibited by Agence VU ’at Les Rencontres d'Arles in 2019.

Adrien Selbert is a photographer and director, member of Agence VU ’. He works in France and in the Balkans, always at the crossroads of fiction and documentary, often questioning the "after" of war, disaster, tragedy, etc.

« Can a country lose consciousness? »

That was the first question he asked me.

We have circled the country with words to give meaning to its war.

Definitive words thrown like grenades to outline the contours of a conflict we understood nothing of. So as not to get tangled up in the names of its people, its religions and its language, it got all wrapped up in a simple and terrifying phrase: « At the gates of Europe ».

We spoke then of a siege, a massacre and soon of a genocide.

After four years of horror, the country was cut in half. And to expel the last remaining ardours, «The Agreements» were signed, as you would open up a gash in the country’s body.

So the bullets stopped whistling, the cameras stopped purring and everyone went home.

He told me the wound was too deep, and that the country may have bled out of consciousness.

One day we would have to try to capture the outlines of this evanescent body through images. If the collapse in the decades to come is foregone, then we must look at those who have already fallen. Identify their outlines as one deciphers a bad omen. Prick up one’s ears and listen to this ceaseless floating, delve into this strange and tormented coma. If the country is passed out, there is a body to identify. And that may be the photographer’s mission.

Essentially, it’s about transcribing a sensation of this country, rather than describing it. Grasp the singular time in which it is trapped. It is not a state of play, it is a state of time. This book will be a long wandering, haunted by these questions: Is there something after the aftermath of a war ? Is it possible to never recover ?

It will be a simple book and the pictures won’t have any captions. For the chapters, we’ll use the colors of the flag : yellow (for the three communities) and blue (for the European dream). We’ll list the captions at the very end. Like a story to be deciphered.

We will come to it only if the images have achieved their purpose first. If they have accomplished their work of overflow. Only, then can we add words, to try and figure out the outlines. To map out… the real edges.

This will be the title: «The Real edges», as in this beautiful Japanese poem - another land of ghosts – that speaks of love and a disembodied wound. That speaks, in the end, of Bosnia.

Adrien Selbert is a photographer and director, member of Agence VU’.

He regularly works in France and in the Balkans, always at the crossroads of fiction and documentary, often questioning the "after" of war, disaster, tragedy, etc.
Graduated of Fine Arts School, he first turned to documentary cinema, working mainly in Bosnia and Kosovo. In 2009, he received the prize for best Grand reportage for the movoe Nino’s Place at the FIFDH festival in Geneva. He continue to document the former Yugoslavia as a photographer with a first series Srebrenica, from night to night in 2015 which will be the subject of several international exhibitions and publications. In 2018, he directed his first fiction movie, Prince Jordan, which will be selected in several European festivals. As a photographer, he is a regular contributor to Liberation for the society and culture pages.

Honourable mention from Mentor Price 2016, awarded by SCAM and Freelens

Srebrenica, from night to night

Le Bec en l'air is an independent publishing house founded in 2000, based in Marseille, and specializing in photography books. Our catalog of more than 200 titles includes monographs by Denis Brihat, the most recent books by Denis Dailleux, Algeria by Marc Riboud, as well as varied photographic works of Jane Evelyn Atwood, Bruno Boudjelal, Jean-Christian Bourcart, Stéphane Couturier, Payram or, among emerging talents, Arko Datto, Yohanne Lamoulère, Shinji Nagabe, Frédéric Stucin... Whether it is documentary, aesthetic or intimate concerns, one common point unites our publications: the dialogue between text and photography conceived as a tool for questioning the contemporary world. The texts, often bilingual English / French, are entrusted to novelists, essayists or art critics such as Christian Caujolle, François Cheval, Laurent Gaudé, Marie-Hélène Lafon, Yanick Lahens, Elias Sanbar, Yoko Tawada, Alice Zeniter ... The publishing house is associated with several events for which it produces catalogs: Circulation(s) festival in Paris, ImageSingulières in Sète, Maison Blanche prize in Marseille... In 2018, Le Bec en l'air published a book resulting from the public commission in photography from the Ministry of Culture on youth in France (Jeunes-Générations). In 2020, the house published the first volume of an annual publication listing photographic acquisitions in public collections (+ Photography), in collaboration with the Ministry of the Culture. Le Bec en l'air received the prestigious Nadar-Gens d'images Prize in 2015 for Algeria, closed like a book? by Bruno Boudjelal; the 2019 HIP Prize for Book of the Year for The Metamorphoses of Argentique by Denis Brihat and the HIP Prize for the First Book 2019 for Faux Bourgs by Yohanne Lamoulère. Le Bec en l'air is a member of France Photobook, which brings together some 20 independent French publishers of photography books. The house was founded and is managed by Fabienne Pavia, editor, and Dominique Herbert, artistic director.

It covers photoengraving, graphics, copyright for the photographer, text correction, project monitoring and printing, including manufacturing monitoring at the printer.

Your contribution will be directly allocated to cover the printing of the book.

The rest of the budget is covered by Le Bec en air.

One for you and one dedicated to the person of your choice. Preferential rate: 65 euros (instead of 76 euros) and free shipping for France. Delivery before Christmas. unlimited quantity available