Help us make a short movie about dance, doubts, passion, and life choices ! 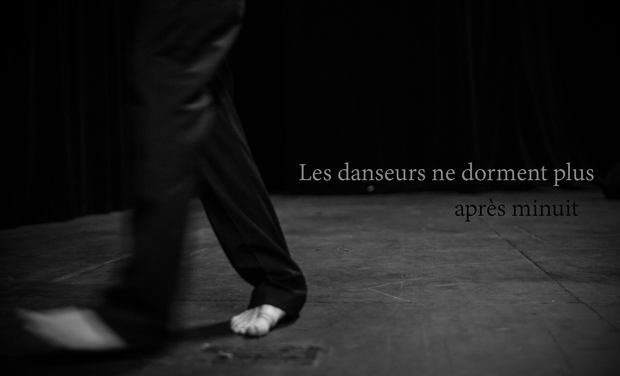 "Movement: we cross its path all the time, so much that we don't see it anymore. What if, for once, we took the time to appreciate it ?"

« Dancers don't sleep after midnight" is the short film I'm making for my last year of cinema studies at Inraci, a film school in Brussels. The school gives us the opportunity to be immersed in the situation of a professional shooting: the film crew is composed by fifteen to twenty people, all students in the last year. We're working with professional actors, with quality equipment, and we're supported by a professional filmmaker for the preparation of the film.

But that's the thing, we're students… which means we have a low budget. The actual funding is based on the student's savings and on a contribution of the Centre of Belgian Cinema. But that's not enough. That's why we want to call out for your help: friends, family, Cinema lovers, strangers with big hearts, supporters of small projects at the service of Art.

Here's a video to explain a bit about the project (you can activate english subtitles):

Viktor, young man who just graduated, gets a job at Parsons&Co, a lawyer office. Thanks to that new step, Viktor and Estelle will finally be able to get the comfortable apartment they dream of. But that bubble of tranquility will be disturbed by Viktor's old love that resurface: dane. Doubt settles in his head when he runs into Alice, a friend and former dancer, now in a wheelchair. He has the idea to created a choreography with her, but he doesn't dare to tell the truth to the one he loves.

« I have spent all my life with dance and being a dancer. It's permitting life to use you in a very intense way. Sometimes it is not pleasant. Sometimes it is fearful. But nevertheless it is inevitable. »

Viktor is an artist, a creative mind, a creator. Dance is in him. But he's also fragile. And when, younger, a failure makes him realize the difficulty of the artist status, he gets scared. He changes his course and turns towards a more stable life. That's when he meets Estelle, a sparkling schoolteacher. When his active life starts, he realizes what's coming for the rest of his life. This evidence makes him realize what he wants for his future: dance, at any price.

"Dance can be found in any situation, it all depends on the way your looking."

The particularity in the question of his life choice, is that Viktor starts seeing dance.

Anywhere, anytime. His hallucinations are the fact that he captures the foundation of dance: movement. This one is found everywhere and all the time, dance can be found in any situation. All depends on its way of looking.

Viktor's visions appears in daily scenes. During these scenes, we'll be strictly in his point of view. They will be shown like a continuity of reality, because these scene are not dreams, they're just a different vision of life.

That's my main intention throughout that short movie: show a choreographic point of view of daily life. To develop it, I use this young man frightened by his orientation choices. That's where my second intention is: illustrate this fear of the future that every person feels at a point in his life. The doubting, the fear, the worry to know if our choices will allow us, throughout our life, to be happy.

Extract of the script (in french, sorry!)

In association with the film subject, the picture will constantly be moving, lightly or heavily. Camera on the shoulder will be preferred here, when following Viktor in daily scenes with Estelle, and also during dance scenes. We will be mainly in close shots. The photography will be close to the feeling of reality with natural lighting, carefully built.

Below, some pictures of references that inspire the director of photography, the camera operator and myself on the esthetic we want to give to the film.

To all who can read it »

The style of dance I want to show here is contemporary dance. I'm inspired mainly by choreographers like Anne Teresa De Keersmaeker, Pina Bausch or Wim Vandekeybus, for their minimalist treatment of the movement.

"What the body does not remember" - Wim Vandekeybus

Music has its importance in the film, from the presence of dance rehearsals and the creation of a dance show. What's interesting with contemporary dance, is that it goes well with a lot of music genres. My choice goes to a genre I like a lot; minimalist and electronic ambient.

A mysterious stranger is Viktor

We could make this movie without your help, but it would be very far from the dream we have...

The money gathered would allow us to depend 3 areas:

It would allow us to correctly pay our actors, dancers, and the choreographer. They will give a lot of themselves in this project that asks a lot of work, so we want to thank them properly.

For quality equipment. In particular grip equipment to have the best look from shoulder camera. But also for lighting suitable to the esthetic intention. It would also give us access to a foley studio.

For the owners of the authentic places we're going to shoot it: dance studios, theater, apartments, subway station, office, ...