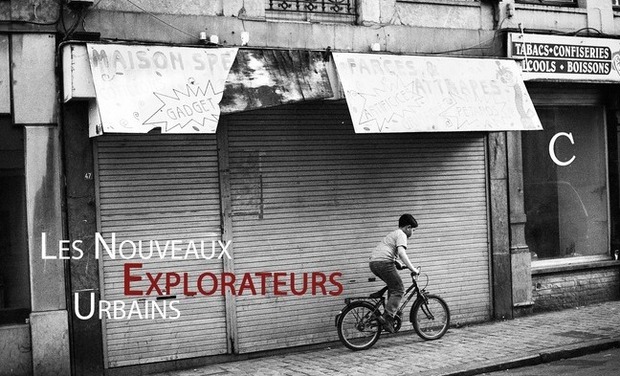 Roots of the Project

The project was born two years ago as an initiative from the Youth club « the Recollets » in Verviers (south/east Belgium). This project is run by Benjamin Sougné and Jfrançois Deloge. First steps was is initially intended to discover / rediscover the city by a few young people.... He has since taken a bit of ambition.

In 2012, 10 members of the Youth club were exposed to the local media library. Black and white prints silver , pinholes, many hours of walk and sweat in the lab....

In 2013, 30 young people are exposed downtown, with instructed to tell their daily commute to go in and out from school. Their means of production are simple: GSM, compact cameras, Ipod ... Color prints, billboards, hundreds of images, press, alderman of culture ... it start talking about us! The evidence in this report made by local television

Since then, the exhibition has traveled to various cultural centers and galleries in the area.

• A group composed of migrant women through a collaboration with the association "Espace 28".

• 2 classes of the Institut Sainte Claire of Verviers We are always looking for new explorers.

The main goal is to cross the ages and origins.

A new theme: Urban identity, what is your image of the city?

Extract of the argument:

We will work with these groups as we always do. We have the intention to make an exhibition of quality and resounding. Given the specificities of these very different audiences (physically, socially, geographically), we want that using culture as a tool to create links between the different layers of the Verviers population is reflected in the design of the exhibition. Also, we designed an exposure device / game track:

100 locations across the city

From biggest draws to the smallers, more visible to more buried. through the symbolic places of the city and its culture (Academy, Grand Theatre, Media,Library, ...)

as well as other seemingly more innocuous (the façade of a dwelling, public benches, street furniture, ...)

This exhibition will present a playfulness: "Can you find 100 prints?" And its catalog will look like as a treasure map. 1 QR code will be associated with each work to provide not only informations about the photo, its author, its subject, ... but also the place where it is displayed (p.ex: Grand Theatre tonight representation ...).

It would be an "emulation" between places and works in the case of places which have a cultural or public concern, but also a poetic use for more mundane places (bench: a place where it is possible to sit down to talk, wait, hang out, remove a stone from the shoe).

Our methods of knowledge transmision

Alongside workshops occasional creative photographs (photo studio with artificial lighting, lightpainting and open flash, photogram), youth were invited to develop a project that was the thread of our sessions.

Facilitators / photographers are attentive to foster the emergence of approaches through a personal coaching, encouraging everyone to speak in a strong theme, a subject, an approach, a photographic approach, an intention that they would have developed throughout the project.

Some youth in action into a photographic creation session using lightpainting technic:

• Print prints (at least a hundred) of small and large formats. While most will be glued directly on walls, benches, abandoned gear ... others will be laminated on a rigid and displayed in windows media, art,

government, cultural center and other places with a cultural vocation galleries.

Communication costs: • Design and print a catalog in the form of treasure hunt / treasure map to improve the visibility of the works.