I GUERRIERI (THE WARRIORS), A SOUTH ITALIAN FAMILY CLOSE RANKS IN THE BATTLE AGAINST PARKINSON'S DISEASE. Help this fight, support this film 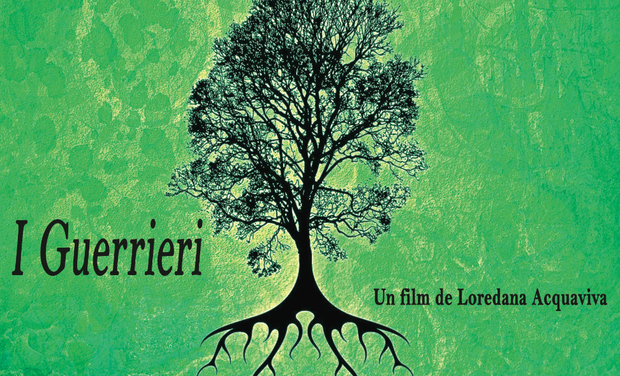 I GUERRIERI (THE WARRIORS) is a documentary film by Loredana Acquaviva about Parkinson’s disease and its impact on the patients and their families.

Parkinson's disease particularly affects me because my father was diagnosed and lived with it for 20 years. Little is known about this disease; mainly due to the fact that, compared to other illnesses such as Alzheimers, it receives little coverage from the media. Parkinson's disease is a slowly progressive chronic neurodegenerative which affects the central nervous system and although patients are mostly elderly, it has more recently started to affect younger adults. With this film, I want to give visibility to the people around us who quietly disappear and to capture a disease that is often synonymous with loneliness and isolation.

My father, Mario Acquaviva, has been blessed with great life force.

He was diagnosed with Parkinson’s at the age of 56 and even though the illness was immediately diagnosed, it had already begun to make its way.

As yet, there is no known cure, but the progression of the illness can be slowed. Mario was one of the first to accept a deep brain stimulation procedure, designed to electrically stimulate targeted areas of the brain  (the Subthalamic nucleus) that regulate movement and muscle function.

Interview of the Doctors ( Pierre Pollak and Alim Benabid ) who invented the Brain Stimulation :

My father lived two years in the final stage of the illness and his condition even improved during the second year, surprising some of top Doctors in Italy. Was it through this experimental treatment that he survived so long?

It is possible, but I am convinced that his incredible life force was also because he was surrounded by his family. While I filmed during the two years of his hospitalization, I was struck by the strength of the family; for the energy they managed to infuse in Mario and the energy that he also instilled in them.

Neither he or they, have never accepted or gave in to this disease.

By observing these characters every day and seeing them play out all of the emotions brought about by the ongoing battle with Parkinson’s I was able to build my film. Every gesture, every word gives rise to a unique momentum; help Mario live.

His duel with death becomes theirs, but it also becomes all of ours because the trials that they face ultimately resonate within us. I wanted to share this moment of life so as to encourage and support all the people who, like us, have lived or are living a similar situation.

This is the story of a southern Italian family gathered around the bed of Mario, the patriarch, in the final stage of Parkinson's disease from which he has suffered for 20 years. This is my father. This is my family. It is a terminal illness that cannot be cured but that can be slowed: Engaging the mind with talking, counting, singing, playing simple games, even laughter can prevent the mind from falling from reality. Two years have passed since he came to the hospital, four times his end was foretold and four times the funeral was prepared; Death disappointed, lives in our wardrobe. But Mario is a true warrior. Armed with his intense love for life, it makes us want to fight at his side even though it is not easy. Because if the hospital room is the family unit, home begins to fall apart as he is no longer there. This is an intimate story but also familiar; especially to all those who help a loved one to fight against a terminal illness.

Mario: My father is a fireball launched at high speed. He is small, with a muscular body and white hair. His brown eyes are incredibly expressive. He does not talk much, and his favorite motto is "Work makes man worthy"! Mario loves life, he is tireless. He has an immense desire to do and sometimes it is hard to keep up. My father is a strong man sometimes a little 'tyrannical: we must always do what he wants. When Maria, my mother, is angry, he counts to three to make her laugh. He always wins. In his life, he cried twice: the day when his father died and the day of his hospitalization. It was the beginning of a new challenge.

Maria: This small woman with short bleached blond hair is a "mammà" of southern Italy and is educated to become the perfect "housewife". The course of her life changed with the announcement of the disease from her husband. Married for 45 years, my mother has devoted the last 20 years to accompany and support my father with exceptional courage.

Gerry: When his father was diagnosed, Gerry was faced with a choice: stop or take over the family business; a successful bar. That business is important for all the family and to the delight of the family, he decided to take it. Sometimes this happy boy, who always wants to joke, is choked by responsibilities.

Carmen has always followed the advice of her parents. She had to be the perfect girl, the girl who could not disappoint. She stayed close to the family home. She got married very young and she has had two children, Marco and Claudio. Her father is the man who always has supported her. Since he is in the hospital, she separated from her husband and sees her life in a different light.

Johan Boulanger worked as editor for over 15 years, mainly for documentaries and television. He collaborated with Agnès Varda (series Agnès Varda for Arte), Jacques Baratier (The Beautiful Disorder), Julien Fiorentino (Liberty Avenue), Marie Miquel (The sky of Lucia) ... Recently, he is involved with the cinema school The Fémis and as a teacher at Video Design and Gobelins.

Macalube Films Since its creation in 2012, Macalube Films produced seven documentary films  and broadcast on different channels of French and foreign television. Our approach is part of a desire to defend creative documentaries and to offer to our authors the conditions for free expression of singular points of view and to allow them to experiment with new narrative and visual approaches.

I Guerrieri is an independant film. Loredana Acquaviva felt the urgency to film her family three years ago. Les Ateliers Varan and the University of Pavia have supported her by lending her a camera to start filming. The shooting and the beginning of the editing were made without any funding. Against all expectations, the film did not receive any support from the funding institutions. The subject of the film, the Parkinson’s disease, scared the financial investors away! But we are convinced that this film should be completed and distributed in the way that this disease and its impact on the families is more recognized. The film is there, we still have some essential post-production work to do which comes at a high cost. More than ever we need your support to complete and widely project this film.

With 9000 euros your support will enable us to:

- Fabricate a master HDCAM and a DCP for projection in theaters

- Organize previews and premieres in France, Italy and England

With 15 000 euros we have the means to organize more screenings in France, Italy and England in order to raise more awareness about the disease and its impact on the patients' families.