In collaboration with the baroque orchestra Les Muffatti, Bart Jacobs, appointed organist of the Saint-Michael and Saint Gudula Cathedral in Brussels, took upon himself to reinvent Johann Sebastian Bach’s music and arrange it for the organ, creating organ concertos that the Leipzigian master never wrote but very well may have. For although the organ was primarily used for services, Bach did compose solo parts for the instrument for numerous cantatas (as sinfonias) and arias. Confident that the composer would have encouraged him in this direction, Bart Jacobs reworks movements from cantatas as well as violin and harpsichord concertos to create perfectly coherent organ concertos.

Whereas Bach’s concertos are usually performed with a limited number of musicians so as to not cover the soloist, the sheer size of the organ allows for a full-sized orchestral accompaniment with a wide palette of colours far richer than that of a chamber ensemble. The use of the pedalboard further enhances the magnitude of these masterful works. In Bach’s time it was customary for the organist to play the bass part on the pedalboard. This practice is often forsaken today, as most churches and concert halls do not have a large organ with pedals. So it is often small transportable organs that are used, whose sound cannot match that of a larger instrument.

The works recorded are, for the most part, cornerstones of the repertoire. It hardly seems necessary to add another conventional interpretation to the existing discography. So we opted instead for an original but historically sound approach.

Bart has won numerous prizes in international competitions and has been the organist of the choir of the Cathedral of St. Michael and St. Gudula in Brussels since 2000. Bart has made numerous recordings of music for choir and organ, including the complete organ works of August De Boeck and Lodewijk De Vocht. In 2012, he was appointed titular organist of the cathedral.

Bart Jacobs is also the designated organist of the baroque ensemble Les Muffatti.

As an accompanist and soloist, he has toured all over Europe and has participated in many recordings with renowned ensembles such as Vox Luminis, Currende, Capilla Flamenca, Les Buffardins, Zefiro Torna, La Caccia Consort, Collegium Instrumentale Brugense and the Flemish Radio Choir and Orchestra. He is the co-founder of the Vlaamse Klavecimbel Vereniging (2006), which organises many activities, workshops and study days to promote harpsichord music in Flanders.

Bart Jacobs teaches organ and harpsichord at the Conservatory of Music in Mechelen and at the Academy of Music, Dance and Speech Arts in Bornem (Antwerp). Since 2013, he has been a guest professor for harpsichord and basso continuo at the Lemmens Institute in Leuven.

Born in Santa Cruz (Bolivia), Ryo Terakado studied violin, chamber music and conducting at the Toho Gakuen School of Music. In 1983, he won third prize in the Japan Music Competition. While still studying at Toho Gakuen, he was invited as konzertmeister to the Tokyo Philharmonic Orchestra, where he served for two years. He soon developed a particular interest in baroque music: at the age of 19, he began to learn the baroque violin on his own before going to The Hague in 1985 to study with Sigiswald Kuijken. In 1989, he obtained his soloist diploma. Since 1987, he has performed as konzertmeister with many renowned ensembles: La Petite Bande, Les Arts Florissants, La Chapelle royale, Collegium Vocale Gent, Tokyo Bach Mozart Orchestra, etc. He is currently the konzertmeister of the Bach Collegium Japan. Ryo also performs frequently as a soloist with the above-mentioned orchestras, as well as being invited to Italy, Poland, France and Australia.

Since 1994, he has been one of the main speakers at the Hokutopia International Music Festival in Tokyo, where he began as a conductor. He conducts operas by Monteverdi, Purcell, Rameau, Gluck, Haydn and Mozart. He regularly teaches at the Royal Conservatories of The Hague and Brussels, as well as at the Toho Gakuen School of Music (Japan) and Yonsei University in Seoul. In addition, he also works with orchestras in Korea.

His recordings have been published by Ricercar (Belgium), Accent (Germany), Bis (Sweden) and Denon (Japan).

The Brussels baroque ensemble Les Muffatti was formed in 1996 by a young group of musicians with a focus on the enjoyment of music with an in-depth exploration of the content and meticulousness of execution.

After ten years under the baton of Peter Van Heyghen, the musicians of the orchestra are now collectively in charge of artistic direction. They entrust the musical direction of the various projects to guest musicians, soloists, conductors or conducting violins. They are committed to seeking a constant subtle balance between works from the great repertoire and rediscovering hidden treasures.

The Muffatti's discography to date includes seven recordings, published under the Ramée label, all unanimously acclaimed by critics. Their recording of Reinhard Keiser's Brockes-Passion, produced in collaboration with the vocal ensemble Vox Luminis, won the three major Belgian record awards in 2014: it was named Classical Record of the Year by Klara, was awarded a Caecilia Prize (Union de la presse musicale belge) and bagged the Octave de la musique classique.

This season, the orchestra will begin a five-year residence at the Palais des Beaux-Arts in Brussels (Bozar). The Muffatti receive the support of the Wallonia-Brussels Federation.

The label Ramée was founded in 2004 by musician and sound engineer Rainer Arndt. Very soon, the small company managed to establish itself as a leading early music label, with several releases winning prestigious awards and receiving praise from specialist media and the public. Only six to eight hand-picked CDs are released every year, presenting a repertoire rarely or never recorded before, or more well-known works in exceptional new performances.

In the era of streaming and downloading, Ramée aims to fully exploit the possibilities offered by the digitization of music on the one hand, and to honour the disc as a physical object on the other. Both the sound quality of the recording and the musicological, literary, graphic and tactile aspects of the booklet and cover are essential for the label: Ramée CDs are works of art in their own right. A collection for connoisseurs!

Ramée joined the Outhere Music group in 2010 to make its publications accessible to as wide an audience as possible. As Europe's largest producer of independent labels, Outhere Music promotes and distributes physical and digital recordings worldwide. To that end, the Outhere Music team creates synergies between artists, managers, concert organizers, journalists, labels and distributors.

What happens if the collection exceeds the expected amount?

1,000€ will allow us to finance a press campaign for the release of the CD. 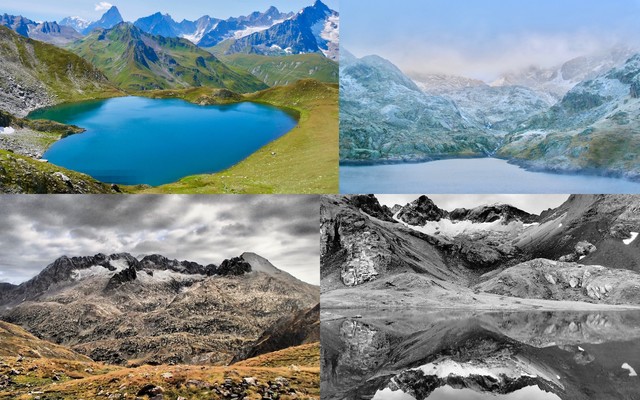 1 CD + a personal gift from Corentin

1 CD + a personal gift from Laurent

1 CD + a personal gift from Marie

The CD + a handmade cloth bag

1 CD + a personal gift from Marie

1 CD + a personal gift from Marrie

The CD + an apple pie (valid in Brussels)

1 CD + a guided tour of the Cathedral organ

Bart will walk you through a special tour of the organ in the Brussels Cathedral (in Dutch, valid for 1 or 2)

10 CDs + a personal gift from Bernard