Contribute to a film that explores the links between the Armenian Genocide and the Holocaust. Together, let's open a new chapter of History! 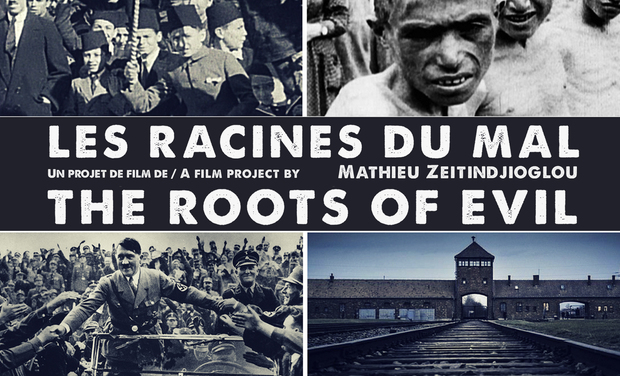 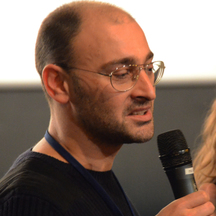 «The Roots of Evil» is a documentary film project mixing historical investigation, animated sequences and interviews with specialists, to understand how the genocide of the Armenians made the Holocaust possible.

From the Armenian Genocide to Auschwitz

During a visit of the former extermination camp of Auschwitz-Birkenau, Anna and Mathieu, a filmmaker married couple, find out that some German officers, who had been serving in the Ottoman Empire during the genocide of the Armenians, found themselves among Hitler’s closest collaborators years later. As Rudolf Höss, who would become the commander of the Auschwitz camp. They start to dig and discover that several historians now support that Nazis were influenced by the extermination of the Armenians in their decision to eliminate the European Jews 25 years later. Then, they decide to investigate more and to pull the wires that connect the Armenian Genocide to the Holocaust. A historical investigation, which starts before 1915, using a mix of archives, interviews and animated sequences which leads up to our days in order to understand why the ghost of the Armenian Genocide still haunts our society... Check the website to know more

These organizations are already our partners. We thank them for their valuable support:

For our honeymoon 8 years ago, Anna & I (Mathieu) went to Turkey on the footsteps of my grandfather, a survivor of the genocide of 1915. That investigation trip gave birth to a documentary film The Son of the Olive Merchant. The film, which was released in cinemas in France in 2012, revealed the existence, in Turkey, of a frightening denial of the genocide of the Armenians, orchestrated by the state and backed up by a total revisionism of the Turkish history. The violent reactions of the Turkish government everytime a country recognizes the Armenian Genocide, shows that Turkey is still not ready to assume its history. Furthermore, there are clear signs that the Turkish denial has infiltrated Europe. And today, we are still convinced that the fight against the denial of a genocide, whatever it is, is a question of world democracy and human rights, a relevant question for all humanity.

A historical and current investigation: by retracing the fate of some of these Nazis, as Rudolf Höss, who experienced both genocides, we will study how the Armenian Genocide affected German and European history. A historical investigation, that will: offer a re-reading of the complicity of Germany in the Armenian Genocide and will explain how the concept of mass crime of the civilian population became an acceptable option for the state. By going between the past and the present, we will try to understand why the genocide of the Armenians regularly makes the headnews. This will give us the opportunity to question the relationship between historians, policies and society, while bringing the keys to understanding the current situation around the historical «memorial» laws in Europe.

August to November 2018: Shooting in Europe

February to April 2019: Shooting outside Europe & complementary shooting in Europe

Why do we need you?

We already know, «The Roots of Evil» does not fit in the usual production schemes. However, we are convinced of the importance of making such a film. We are ready to get involved, to move heaven and earth to make it exist. Only, there are expenses that we can not reduce if we want to guarantee the diffusion of the film in cinemas.

Crowdfunding, which has become a significant player in independent production, appears today as an ideal alternative for this type of project, too committed to meet the expectations of most production companies. Thus, we hope to collect at least a third, or a half of the budget of the film through crowdfunding. The rest of the funding will be provided, among other things, by co-productions in hardware with various service providers, joint-venture contracts to top up the salaries of technical crew, self-production and sponsorship.

The shooting locations are chosen, and we made contact with most of the possible contributors of the film, all of whom have already agreed to participate in the adventure.

So now, we need you more than ever to kick off this important movie.

Mathieu and Anna share the passion of history and cinema. In 2011, they created Zfilms, a small film production company, to enable them to realize film projects "too" committed to meet the usual expectations of producers. "The son of the olive merchant", released in cinema in 2012, was their first production and their first success. Since then, their network, production tools and expertise have grown. They work with professional and talented teams, motivated, just like them, not by financial profit, but by the conviction that a committed and meaningful cinema is necessary, and, that to exist, it must free itself from classic production schemes.

Behind the camera: Mathieu Zeitindjioglou. A film director, author, chief editor, artistic director and a painter. He explores image in all its formes and genres: fiction and documentaries (many were awarded), animations, commercials, video art and experimental films. His career has gradually led him to develop a complex and uncompromising but committed and meaningful art. His artistic palette has been enriched by his regular collaborations with other artists and directors. For more information, visit the website: http://www.mathieuz.com

In front of the camera: Anna. Born in Krakow, the political shocks of her country under Communist rule (Martial State decreed after the strikes of Solidarnosc) forced her family to emigrate to Canada as political refugees from infancy. She will later return to Krakow, where she gets her baccalaureate, before going to study literature and theater in Paris where she will then settle down as an actress.

Some Characters to appear in the film

Thank you for your support ! Your name will appear in the credits of the film.

MAKE A COMMITMENT AGAINST THE NEGATIONISM. You will receive this badge created especially for the occasion " STOP DENIAL " + your name in the credits.

INVITATION TO A SCREENING. You will be invited to a screening of the film "The Roots of Evil", followed by a debate in the presence of Anna and Mathieu, and you will leave with an autographed poster of the film + your name in the credits.

DVD “THE ROOTS OF EVIL”. You will receive the autographed DVD "The Roots of Evil" before everyone else + your name in the credits and the "STOP DENIAL" badge.

BLURAY “THE ROOTS OF EVIL”. You will receive the signed BLURAY "The Roots of Evil" before everyone else + your name in the credits and the "STOP DENIAL" badge.

PRESTIGE DVD BOX. Dedicated box containing 3 DVDs: "The Son of the Olive Merchant", "Burn in Love" and "The Roots of Evil" + your name in the credits & the "STOP DENIAL" badge.

PRESTIGE BLURAY BOX. Dedicated box containing 3 BLURAYs: "The Son of the Olive Merchant", "Burn in Love" and "The Roots of Evil" + your name in the credits & the "STOP DENIAL" badge.

VALIDATION OF THE FILM. You will attend a private screening of the first mock-up of the film in the presence of the film crew, followed by a cocktail party. You will bring your point of view on this first version and you’ll participate in the validation of a film that will mark the spirits + your name in the credits & the "STOP DENIAL" badge.

ARTWORK. You will receive an original drawing used to make the animations of the film, signed by the artist, framed and sent to you.

GREAT LAUNCHING EVENING. You will be invited to the Parisian private preview with speakers and the film crew, and some film personalities! You will stay with us for a great evening after the screening. Invitation for two to an Armenian gourmet buffet accompanied by an Armenian music band (trip costs at your expense) + your name in the credits & the "STOP DENIAL" badge.

SPECIAL MENTION. Your name in the credits of the film will appear on a single cardboard, as an "associate producer" + counterparty " GREAT LAUNCHING EVENING ".

PRIVATE SCREENING. You’ll organize a private screening followed by a debate in the presence of Anna and Mathieu. We’ll come with the film, you’ll organize our transport and our accommodation. A special mention will appear in the credits of the film + counterpart " GREAT LAUNCHING EVENING ".