Pack up your bags and join Lady Marmelade on this adventure to bring the novel central character to life and plan an incredible exhibition ! 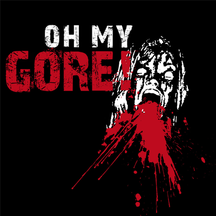 <p> When a 19th century British aristocrat, with hair as inflamed as her temper, decides to flee to the other side of the world from an arranged marriage, surrealistic and fanciful events are to be expected. <strong>We need you in order to bring the novel's main character to life and organize an unforgettable exhibition.    </strong></p> <p>  </p> <p> A few years ago, <strong>Chimère, a French painter</strong> from Lille whose work has already inspired me a lot, offered me to write the story around his new series : "<strong>The extraordinary journey of Lady Marmelade.</strong>”  </p> <p>  </p> <p> <img alt="931161_10201301087998471_2054127320_n" src="https://kkbb-production.s3.amazonaws.com/uploads/project_image/image/30885/931161_10201301087998471_2054127320_n.jpg"></p> <p>  </p> <p> We have talked  so much about this character and her Victorian, Jules Vernian, Lolita background, that somehow she seemed to want to get out of the pages. I wanted to embody her badly, to become Lady Marmelade. <strong>The idea was thus to take pictures that would be incorporated in the 10 paintings, each depicting a chapter of the story.</strong> These pictures could also contribute to our future exhibition. </p> <p>  </p> <p> <img alt="383554_10201301088718489_1725146393_n" src="https://kkbb-production.s3.amazonaws.com/uploads/project_image/image/30886/383554_10201301088718489_1725146393_n.jpg"></p> <p>  </p> <p> There was no way to accept a botch job on those pictures, so our duo was joined by the photographer Sophie Boss, specialized in heroines portraits and make-up artist Leucosie. As regular accomplices of my photographic deliriums they shared the same interests and felt equally in love with Chimère’s Lady Marmelade.   Now all we needed was to dress this Lady. It was obvious that this fancy character leaving in a fantasy world couldn’t wear one shabby frock on all pictures so we went on quite a quest to find the perfect costume designer. She would have to understand perfectly the universe of lady Marmelade and create 10 unique and wonderful costumes for our project.   That’s when Clara Maeda came in the picture. Her golden fingers are well-known in the Lolita community and we are more than delighted to count her in. Now our little tribe is finally complete to organize a real exhibition, but in order to create our material means time and therefore money. That is when Kisskissbankbank is going to be useful.   </p> <p>  </p> <p> <img alt="7856_10201301088278478_920098402_n" src="https://kkbb-production.s3.amazonaws.com/uploads/project_image/image/30887/7856_10201301088278478_920098402_n.jpg"></p> <p>  </p> <p dir="ltr"> This fantastic idea couldn’t come true without my team:</p> <p dir="ltr">  </p> <p dir="ltr"> <strong>Chimère is a graphic plotter and a lowbrow painter who created the crazy Lady Marmelade. </strong>In French Chimère means chimera and the multiple facets of this awful creature are to him a reminiscent that painting too is a fascinating and yet untamable beast. Mystery, stupor, wonder, distress, horror or even love are all thrown together on its canvas in the form of colors, textures. All in all enticing impressions to the eye. When he fancies it, he switches his palette for a digital tablet. <strong>With Lady Marmelade, he composes one of his finest pieces, an exotic reverie which takes the viewer far away from modern and mournful times.</strong></p> <p dir="ltr"> <a href="http://chimere.art.free.fr/" target="_blank">Chimère's website</a></p> <p dir="ltr">  </p> <p dir="ltr"> <strong>Sophie Boss has the soul of a long distance voyageur; she is Lady Marmelade Project photographer.</strong> She cruises with her hypersensibility in between all forms of Art, equipped with a ceaseless curiosity and a constant need for creation. Photography (for which she was rewarded with a Estée Lauder Pink Ribbon Award in 2012) was a late stopover for her, after lyrical singing and Art History. Perhaps this explains why she likes to wander there in front or behind the camera where she captures fabulous characters like precious butterflies, as only a naturalist would do. <strong>In 2013, she collects all of her belongings and is ready to follow Lady Marmelade with her eyes wide shut.</strong> The most beautiful Odysseus start with both intuition and inspiration.</p> <p dir="ltr"> <a href="http://www.sophieb.book.fr/" target="_blank">Sophie's website </a></p> <p dir="ltr"> <a href="https://www.facebook.com/pages/Sophie-Boss-Photographe/224152920987791?fref=ts" target="_blank">Sophie's Facebook page</a></p> <p dir="ltr">  </p> <p dir="ltr"> <strong>Leucosie is a fine fencer, yet she wields her make-up brushes with the same skill as she does her épée. She is Lady Marmelades project make-up artist.</strong> Don’t ever trust her angel face as she is the fiercest lady there is and fights for a world where mythologies are certainties and book characters are flesh and blood and she certainly would have been Lady Marmelade’s best friend.<strong> Her fairy dust strokes will be the perfect finishing touch to the Lady.</strong></p> <p dir="ltr"> <a href="http://www.leucosie.book.fr/" target="_blank">Leucosie's website</a></p> <p>  </p> <p dir="ltr"> <strong>Clara Maeda is a common thread weaver, she forms bonds and friendships between France and Japan as well as she ties ribbons.</strong> She can stitch together the “Once upon a time” of the past with today’s fairytales. S<strong>he will be our amazing costume designer.</strong> Her creations come from old dusty grimoires and secret gardens and they transform your silhouette as an allegory for Hapiness. Her love for the 18th century is best known in the fantastic world of “lolitas” yet <strong> for Lady Marmelade, she stops off a little further into the great Time tapestry and places her magic needles in a more Victorian era.</strong></p> <p> <a href="http://www.claramaeda.com/site/" target="_blank">Clara's website</a></p> <p> <a href="https://www.facebook.com/claramaeda" target="_blank">Clara's Facebook Page </a></p> <p>  </p>