The circus collectives Cirkusfera from Serbia and Cirkorama from Croatia want to buy a circus tent to be able to go on tour in the Balkans. 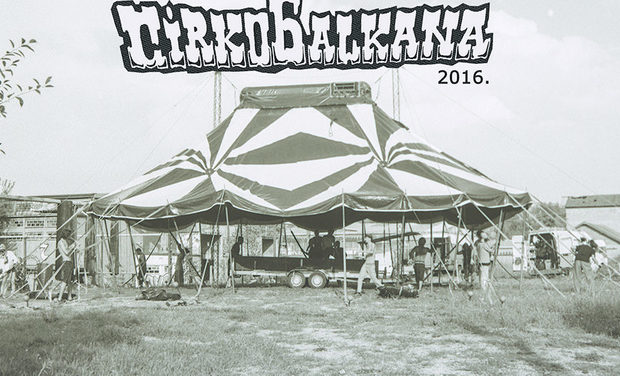 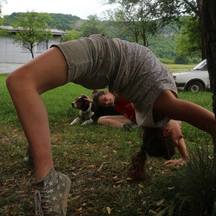 In ex-Yugoslavia, circus is not recognized as a profession within the performing arts, and there is no institutional training neither any circus schools. Still, there are some circus enthusiasts who are learning by themselves and practising even though !

Those enthusiasts from Croatia and Serbia founded already 15 years ago their own collectives and began to train together in spite of the local context of after war tension in their countries...because circus doesn't have borders neither any limits!!

The idea of Cirkobalkana began in 2013 as an international cooperation of circus organizations Cirkusfera from Serbia, Cirkorama from Croatia and Le Cirk’Oblique from France. Cirkobalkana, how it began...

Cirkobalkana project has several goals such as improving the circus skills of local artists, helping them for their creation and their performances, but also to give them some know how for sustainability; also Cirkobalkana wishes to reinforce the contact between the local audience and circus artists in the region through performances and workshops. The main intention is to set up a circus tent as an independent educative, creative and performance space and which allows artists to travel with their show and to meet the audience even in remote places.

In 2014 another circus collective from Croatia (“Carobnjakov sesir” from Pula) joined and the next year the french circus My!Laika joined with its project "Side kunst cirque".  Also Cirkobalkana launched a 2-years project called "Cirkobalkana platform" in cooperation with the Happiness Factory-Fabrika Radosti in Banja Luka (Bosnia and Herzegovina) and the circus school Turbul from Nimes (France) This year, Cirkobalkana invited Betti Combo, a talented french circus trio.

In 2013, 2014 and 2015 a circus tent has been brought from France and rented for the summer months when the activities were happening....but bringing a tent from France costs a lot and it is only available for a short time...

That's why now the Cirkobalkana team wishes to buy a tent for themselves!

Cirkobalkana brings together different actors of the circus from many countries. One goal is definitly to gather circus artists and circus collectives from all over the Balkans and especially from Ex-Yugoslavia through those “tours under the circus tent” which will first go in the capitals of Croatia and Serbia but later on in smaller places in different countries.

The circus artists need an independent place to train, to exchange and to create. The best space for this is a circus tent of course!

Through the workshops organised during the Cirkobalkana's meeting, local circus artists and technicians get the opportunity to learn new techniques and new skills which will give them the initial impulse to become autonomous and an expert in their field.

Cirkobalkana also wants to lobby for contemporary circus so it will get acknowledge as an artistic form and will get support of local institutions.

And also Cirkobalkana wants to teach circus skills to the youngsters and to give them an opportunity to learn new skills and to develop their creativity!

Till now Cirkobalkana was held under the rented circus tent  in Belgrade,  Zagreb and once in Pula. The team also visited Banja Luka in Bosnia Herzegovina with a show and workshops.

All in all the project gathered around 7000 visitors , 600 trainees / workshop participants and about 60 artists from France, Serbia, Croatian, Germany, USA, Italy, Greece, Spain, United Kingdom …

The emphasis of Cirkobalkana's program is placed on residential program during which the artists will work on the new circus creation, in education through the Laboratory of circus art and presentation of circus scenes Croatian and Serbia through the Open Stage. Last year Cirkobalkana also started a long-term project Cirkobalkana platform,a cooperation with the organization of Happiness Factory in Banja Luka, which includes Bosnia and Herzegovina and the circus school Turbul  from France.

Cirkusfera is the key organization in Serbia for the development of contemporary circus and street art. It brings together multidisciplinary artists who through their efforts devoted to the affirmation of this art in Serbia.

In order for the development of contemporary circus, we advocate that through performances, lectures and public events trying to make this kind of art  more closer and accessible to the general public and the creators of cultural policy. Through workshops and projects we are dedicated to circus art education, considering the formation of young circus artists one of our primary missions.

The basic vision is that through international cooperation, co-production and exchange of knowledge, skills and experience we make a base for professional development and provide the conditions for the recognition of contemporary circus arts in Serbia and the region.

Bisade Cirkobalkana as main project, among the important activities of the organization belongs to an educational program, “lab a circus art” as well as several performances of contemporary circus ("Packed", "Demagogue", "I consume therefore I am", "Oh Serbia among plums”, “SOS Planet Earth calling", "Hat full of colors").

Cirkorama is an artistic collective active under this name since 2008. in the field of performing arts,  specially in circus and street art performing. Cirkorama's artists make performances, shows, workshops, street actions etc.  It all began with the unformal group "Nova loža lude mame" from the Autonomous cultural centar Attack! by bringing juggling and stools in the city, then aerial acrobatics, trapeze, partner acrobatics, clown etc.. During the last 8 years they established a nomadic-travelling circus school through the "Laboratory of circus arts". Another of their main project is  "Colorful moves of a Clown", a solidarity project for kids in territories under special state's care in Croatia. They cooperate with different european organizations connected to circus through Erasmus + projects, and also with the Red Cross Croatia etc.

Through the long term cooperation with Cirkusfera from Serbia and with circus collectives in France they founded the project Cirkobalkana. They are also in circus production for some street performances ("Nema dilema", "Johan Von Stilter", "Čarolija šešira" "The Muljatovichi") and shows of contemporary circus ("Danse Macabre-an attempt of vertical return“, „Tortures“) and two co-productions („Oldness“ and „Cirkobalkana cabaret“)

For now the circus artists of Cirkobalkana don't own their own circus space or a circus tent and they can't go on with their activities if they don't acquire one.

In the Balkans there are almost no infrastructures for circus shows but only classical theater places where it is not possible to perform aerial acrobatics or any special skills specific to circus. Also circus is still not recognized by the institutions neither by theater managers so it is really hard to find any place to perform.

To have a circus tent would allow the circus collectives to have their own place and also to travel independently.

What we would do if the goal is exceeded?

Actually a circus tent costs at least 15 000 euros but we decided to ask only 3 000 euros on Kisskissbankbank not to take too much risks and to maybe have more than expected!

We would like to buy a tent in spring 2017 so that it is possible to  go on tour from summer 2017. The money will be collected by bérengere dambrine and transfered to Cirkusfera and Cirkorama (circus collectives from Belgrade and Zagreb ) because it is easier to collect on a french account than on account in Croatia or Serbia.

all our gratitude and your name mentionned at our first show under the tent!

all our gratitude, a dedicated poster of Cirkobalkana and your name mentionned at our first show under the tent!

all our gratitude, a home made bag Cirkobalkana and your name mentionned at our first show under the tent!

all our gratitude, two free entrances for our first show , a dedicated poster of Cirkobalkana and your name mentionned at our first show under the tent!

all our gratitude, two free entrances for all our shows in 2017 , a dedicated poster of Cirkobalkana and your name mentionned at our first show under the tent!

all our gratitude, two free entrances for all our shows in 2017 and a week end in Zagreb or in Belgrade with the whole team of Cirkobalkana, a dedicated poster of Cirkobalkana and your name mentionned at our first show under the tent!