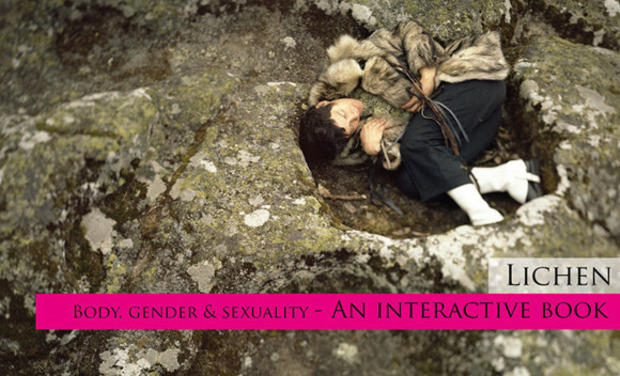 For an artist of his generation, Pierre Redon is now creating a very singular work, in which ecological and anthropological concerns are at the heart of the use of a wide range of mediums. He travels constantly between sound creations, film making, anthropological and sociological research, the making of documentaries, photography, cartography and art visual creation.

Since 2007 he has developed the concept of Marches Sonores and has already created five major works with institutional partners or associations such as the contemporary art centre of  l’Abbaye de Maubuisson, the Val d’Oise Departemental Museum of Education, the Parc Naturel Régional des Ballons des Vosges and the non profit organisation Quartier Rouge. He is currently developing two new works, the Marche Sonore «Body, Gender and Sexuality» for the City of Reims and on a much more important scale, the Marche Sonore of the rivers Vienne and Loire for the Ministry of Culture, co-produced with Quartier Rouge, the Région Limousin, the Commune du Plateau de Gentioux and the Région Poitou-Charente.

The Marches  Sonores (Sound Walks) are hybrid projects, somewhere between graphic, sound and documentary creations, giving a reading of a territory through its inhabitants, through soundscape and human ecology. Each participant is invited to follow a route with the help of an MP3 Walkman and a map specifically designed for each project. The encounters, organised as an investigation, are cast in the form of interviews; The walks lead from one point to another and from one person to another. They last approximately 3 hours, including 1h20 of listening to sound creations and interviews.

Commissioned by the City of Reims, this new creation from Pierre Redon took shape at the beginning of 2012. In January a public call for participants was issued. This gave an opportunity for the citizens of Reims to leave a testimony of their personal  and public position on the issues of gender and sexuality. The first interviews took place at La Friche Artitique.

A second series of interviews with members of the population took place at the National Centre of Musicale Creation Césaré. The testimonies were collected with the help of Aude Haussener, practitioner of the Rességuier method,  an empathic therapy that reveals the sensitive body.

Pierre Redon took his site-specific work in sound and cartography one step further with a series   of photographs that combine performance art, installation, fictionary and documentary work.

The photo shoots took place at the Carnegie library of Reims and at the Dupuytren Museum of Teratology in Paris with HidaViloria, an intersex activist and militant, who came from San Francisco especially for the occasion. She took a leading role in a public debate on the question of intersexuality at an event organized in partnership with Ex-Æquo LGBT Reims.

Beyond the investigation on that city, this work is a global reflection on the themes of «Body, gender & sexuality». It addresses the issues of normality, hermaphroditism and empathetic medicine and explores how these themes find echoes outside of the Western world, through a work of ethnographic fiction.

This new creation will be available in three versions from the smartphone application : French, English and the original version as recorded (Fr / Eng). It is therefore accessible on a local, national and international level.

This work came about as an extension of previous collaboration with the publishers MF/Dehors on the sleeve design of Marches Sonores [EAU]#1 et #2 and the book/map/CD «Vestiges ou les fondements d’une cyberécologie» (Remnants or the foundations of a cyber-ecology) created by Pierre Redon at The Abbey of Maubuisson.

The work consists of 200 pages of photographs. The reader creates a route between the images and the sound creations with the aid of a smartphone app.

A QR code allows the user to download the app for free. The user is then autonomous and can experience the interactive book. From chapter to chapter, sound tracks are triggered by new QR codes that you can find on the pages. A relationship images, voices and sound creations then emerges. The sound tracks, as binaural recordings, are designed to be listened with headphones thus reproducing the sensation of natural sound.

It will be available online (www.marchesonore.com) or on Android and Iphone download platforms.

Founded in 2005, this publishing house has three objectives: to contribute to fictional and philosophical creations; to rethink ‘the book’ in its form and its destination; to bring to the public arena the debates,  the questions,  the  issues contemporary to us and whose contemporaneousness we are responsible for the fact of living today in this world.

General considerations on the theme

In western society, as Michel Foucault has shown, sexuality appears as ambivalent. It is at the same time something forbidden or related to the private domain, but equally something present everywhere in public debate and in the application of social rules concerning sexuality. In this way, if sexuality is related to the private sphere, it is also a public matter in the sense that it renders perceptible the limit between that which is public and that which is not.

In this context, questions related to gender are pertinent. In the division between male and female it is the sex of the body that is identified in the public domain. And it is that same domain which influences attitudes and the way that the identity of another will be understood and accepted.

The aim of this Marche Sonore is not to draw up an inventory of sexual practices and their particularities, but to understand and become aware of, through a work of documentary writing, the links between sexuality, identity, social world and the knowledge of the body resonating in the public space.

Red line for the Hermaphrodisme

Teratology: a story of the monster

In the 19th century abnormalities that did not find a medical explanation were grouped and studied within a science called teratology. This science forms the premise of a rational and biological approach to the body and its development. Through Teratology medicine has taken the ascendant over mystical approaches and clearly identifies the fundamental categories in line with which it is possible to divide the genders.

In western society, the Hermaphrodite is one of the monster figures studied within teratology.

This sketch of the history of the hermaphrodite attempts a first step into the question of normality. If these biological gender issues matter to society it is because they unbalance the cultural assumptions on which our societies are founded, notably within the family and education.

In order to give a voice to the problem of gender, such as it can be approached in our time, the american intersex activist Hida Viloria was invited to be involved. She is one of the rare intersex personalities that openly speaks about her biological status. She is also Chairperson of the Organization Intersex International, the largest intersex organization in the world, and she has a degree in Gender and Sexuality from the University of California at Berkeley.

This representative of the contemporary hermaphrodite wants to demystify the dark image of a bisexual monster and replace the intersex person in a new type of social normality that negates the concept of sex and gender.

Shamanistic figure of the hermaphrodite: abandonment of social politics, birth of the body brute.

Faced with this modern identification emerging from teratology we find, a contrario, in the traditional cultures of north indian America or in Oceania, hermaphrodites in the role of shaman, at the heart of the social group and having a special relationship with knowledge. The interest in such a figure resides therefore in that which it teaches us about the relationships of all bodies existing in different human groups. And equally in the way that these groups, by the intermediary of the shaman, are set within their environments.

(duration of the sound creation: 3h)

The voluntary fondraising will pay : the manufacture of the book and the design of the the smartphone app.