Liesel, an exodus under a lucky star

Help us to realize our project which was originally a family project and quickly became universal and grews out of our hands. 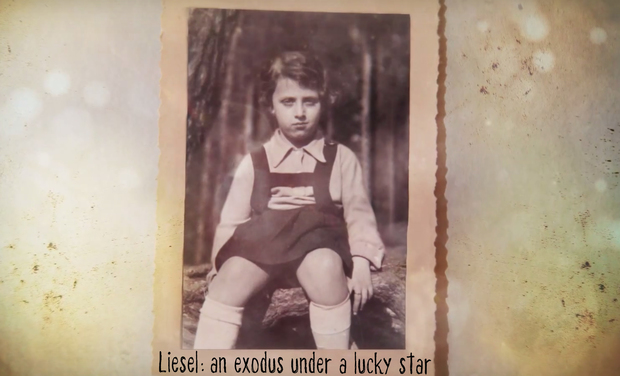 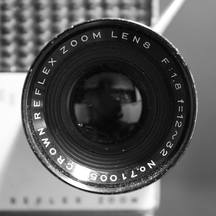 Liesel, an exodus under a lucky star

LIESEL, AN EXODUS UNDER A LUCKY STAR

What was originally a family project, quickly  became a universal and educational matter, that grew out of our hands.

Therefore, our wish is to produce a documentary that will be passed on from a generation to the next: this is the extraordinary tale of a young adolescent during Wolrd War II: Liesel.

Every time we tell her story, we speak of it, our awareness of its impact on all generations, but especially on younger ones, is stronger.

This story, that we long believed to be just ours, is about to become yours too.

Liesel was born in a Jewish family in Vienna, Austria, in 1925 in the Austrian-Hungarian empire : a family like many others at the time, living between Vienna, Budapest and Prague; a family which was integrated, cultivated, happy : the mother, Elsa, was a pianist and 1st prize of the Vienna Conservatory, and the father, Nandor, a businessman, a pioneer in the field of advertising, with many projects in mind, loving the Opera and even giving it a try himself !

Liesel, well she loved to dance, any and all kinds of dances : classical, ice skating, tapdancing… And she would have dedicated her life to dancing if only…

For this trio full of love who managed to stay together during almost the entire war.

And this is how we are now presenting you their story, thanks to a little star that was described to us so many times.

An exodus is inextricably a perpetual movement, an anxious escape. Theirs was Homeric. They were always ahead of Hitler, in all his conquests.

Already in Berlin where they lived in 1933, and when Nandor decided it was time to leave to Vienna until the Anschluss in 1938.

Then again, they stayed in Praga for a year, in Genoa for a few months just to get to France through a people smuggler who embarked them on a small boat from Ventimiglia to Niza (September 1939), where they stayed a while. The journey was suddenly put to an end by a brutal imprisonment, where men and women were separated (Liesel and Elsa in Gurs, France, and Nandor in Les Milles).

They then were forced to stay in a designated residence in Saint Martin Vésubie for six months where they benefitted from the Italians’ kindness and protection and where they had quite a happy and peaceful stay - before they had to leave and flee through the rocky mountains and their unsteady paths during three days and three nights, dreading the crossings of mountain passes, with their rivers of rocks that would tumble down at each step… (800 other people had tried this dreadful path)

to finally arrive in an Italy already invaded by Germans ! They stayed there for two years until the Italian liberation, hiding in the Piemont mountains.

Liesel and her parents were united. They spent these years of war with incredible happiness and faith in life - except for their terrible imprisonment, which was sufficiently short for them to recover from, but evidently marking them for life.

We can only imagine how hard it must have been for them to pass onto us this heritage. How can one compute different experiences in parallel : the fear of Germans, hunger and misery, which literally paralysed Liesel for a long period and which has permanently affected her day-to-day life; and yet remember good memories like her first great love, that we have so much heard of ! We even managed to find the man’s brother!

THE FIRST IDEA: a family project

All of us, Liesel heirs: first her children, Sylvie and Claude, and then her grandchildren: Capucine, Chloé, Victor an Andreas, grew up whith these stories and anecdotes (most of which extraordinary) that became quasi-miths, and yet remaining clearly a grand part of History in our minds.

One day, as we were all having dinner together, the idea of discovering the real setting of these stories' scenes came up and we weren't able to let go since then!

Children, grand-children, spouse and companions... and of course Liesel- 10 of us -we decided to go back on these sites of intense memories and retake the journey of her exodus.

But how would we find these places?

At the time we didn.t intend to make a movie out of it, but a family project about Liesel, so full of life, who was so exited to return on the traces of her past, with all of us this time around..

After months of research, we finally met the tremendous team that would allow us to organize our amazing trip thanks to their knowledge in history and their personal attachment to that precise era.

And off we were in a minibus for an epic journey where Liesel made us discover places that we had always known, but only from storytelling.

We had the chance to see them with our own eyes… even catch them on camera ! What a feeling.

Liesel explained us how she and her parents managed to survive : sometimes in assigned residence like in Saint Martin Vésubie, then by staying two years in the italian mountains, where all three of them were hidden by peasants who were poor and did not have much to give, but were so proud and generous that whatever amount of money they were offered by Germans to get the names of he jewish people hiding in the area, they never denounced a jew.

During our epic journey, thanks to incredible turns of events and great help, all the places were found in the end !

THE DOCUMENTARY AND THE PRODUCTION TEAM

At the beginning of the adventure, the entire goal was to relive the experience together, and to pass on the heritage from a generation to the next, and so on and so forth. In order to organize every step, much help was needed, evidently. And so… there were two very special encounters : Lucio Monaco and Fabio Gianotti

Son of one of the first 12 Italian supporters, Lucio, who is now retired, rich with amazing knowledge and an outstanding humanism, devotes his time to the protection of a small village in the heights of Piedmont, which was spared by Germans - since they never succeeded in investing it. Lucio knows the region’s mountains like no other. Without him, finding all these sites would have been impossible, especially since 70 years of urbanism have passed since these terrible events. In all logic, no place should have remained intact…!

Lucio was accompanied by a dear friend, Fabio. A young producer who asked our permission to film and document our expedition. Again, an amazing encounter between Liesel and the young generation, eager to meet a witness of the Past…

What should have been a simple contact became much more - some sort of love at first sight !

Thanks to their kindness and to their passion for our quest, the first completely improvised trip became the seed that would soon give the documentary Liesel, an exodus under a Lucky star .

Thus armed with a new ambition, Lucio and Fabio came to Paris to film Liesel, ask her questions, discover old family photographs, and without knowing, they provoked another filmed trip to Niza and Ventimiglia where other amazing encounters took place. To try and resume them would take us too far…

THE TROUPE WITH THE WHOLE FAMILY

Born on September 10th, 1978 in Turin. He graduated from the University of Turin (D.A.M.S. - Faculty of the performing arts) in 2005 with a degree thesis on cinema, concerning Lars Von Trier's movie “Breaking the Waves”. His studies triggered his passion for the world of cinema. He started his experience as a director in 2006, with his first documentary-feature “Nani di pietra, giganti di carta” [Stone dwarves, paper giants], wich took part to many film festival around the world. He founded, together with Silvia Bongiovanni, Kosmoki, a small but strong movie production company, in 2007. The two filmmakers shot several documentaries that participated in multiple national and international festivals. Together, they are active in the audiovisual and  communication sector and they design many innovative cultural projects.

FROM DREAM TO REALITY

During our adventure, many “miracles” took place.

Every time we thought of giving up, when we believed impossible to find the house where Liesel lived in Saint Martin Vésubie, or the small path enlightened by fireflies which lead to the sea, where a people smuggler awaited for them, and above all impossible to find the barn where they hid for two years in the mountain…we did it !! The latter was finally found just in time, as a bulldozer was about to start destroying the building !

IN ORDER TO FINALIZE THE PROJECT: HOW WOULD THE FUNDS BE USED?

This short summary presents our project but many other breathtaking, unbelievable, and funny moments would need to be told as well. Why are we now using Crowdfunding?

Everything is now filmed, in the box ! And we have yet many rush hours ahead.

The next step is to finalize our project, and to do so, we still need to :

A part of the expenses to come will be covered by :

Herenext you will find how we will use the crowdfunding money.

Find here the calendar of our work :

January 2017-June 2017: Distribution of the movie on TV networks

January 2017 - January 2018: Promotion of the movie in the festivals and through ad hoc events

Liesel lives in Paris, where she just celebrated her 90th birthday, surrounded by all her famly and friends. She wasn’t able to become the professional dancer she dreamt of becoming when she was a child, but still spent her life-long energy on dancing, and she still does, dancing every other week with a profssiona to keep her level up!

THANK YOU !! You will receive our thanks

THANK YOU SO ! You will receive our thanks + Your name in the credits

THANK YOU VERY MUCH !! Our thanks + Your name in the crédits + You will receive a pack with 3 Mozart balls (an austrian speciality)

OH THANK YOU !! Our thanks + Your name in the credits + You will receive a pack with 3 Mozart balls (an austrian speciality) + a signed photo of LIESEL

A VERY GREAT THANK YOU !! Our thanks + Your name in the credits + You will receive a pack with 3 Mozart balls (an austrian speciality) + a signed photo of LIESEL + A DVD of the film

A STRONGLY THANK YOU !! Our thanks + Your name in the credits + You will receive a pack with 3 Mozart balls (an austrian speciality) + a signed photo of LIESEL + A DVD of the film + A Preiselbeeren jar (wild lingonberry fruit typical austrian spread, served with wildmeat or a Wiener Schnitzel) with a LIESEL label

THOUSAND THANKS !! A STRONGLY THANK YOU !! Our thanks + Your name in the credits + You will receive a pack with 3 Mozart balls (an austrian speciality) + a signed photo of LIESEL + A DVD of the film + A Preiselbeeren jar (wild lingonberry fruit typical austrian spread, served with wildmeat or a Wiener Schnitzel) with a LIESEL label + A poster of the movie

WAOUH !! Our thanks + Your name in the credits + You will receive a pack with 3 Mozart balls (an austrian speciality) + a signed photo of LIESEL + A DVD of the film + A Preiselbeeren jar (wild lingonberry fruit typical austrian spread, served with wildmeat or a Wiener Schnitzel) with a LIESEL label + A poster of the movie + Your name as a CO-PRODUCER.

YOU ARE EXTRAORDINARY !! Our thanks + Your name in the credits + You will receive a pack with 3 Mozart balls (an austrian speciality) + a signed photo of LIESEL + A DVD of the film + A Preiselbeeren jar (wild lingonberry fruit typical austrian spread, served with wildmeat or a Wiener Schnitzel) with a LIESEL label + A poster of the movie + Your name as a CO-PRODUCER + Your name will be written at the beginning of the credits précédés by "WITH A SPECIAL MENTION FOR THE HERENEXT CO-PRODUCERS : "