Your living time depends on the line you have chosen ? 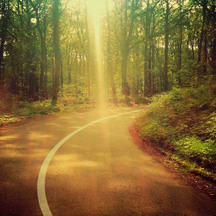 Your living time depends on the line you have chosen ?

On this line of my life I am walking. I walk till I get nuts. It obsesses me, please me and destroy me as well. It becomes my purpose and my fate. The more I walk, the less I see the interest of it. Looking back, except emptiness, I see nothing. Walking over already marked road lines to fade away slowly till beeing forgotten by others.

After graduation in section L option cinema, a theorical opening in La Sorbonne Paris 3 through a degree and a Master in cinema and audiovisual.Armande had the opportunity to work on shootings as part of a team where professional retired volunteers were participating. They gave her the opportunity to satisfy her will of action and cinematographic personal development. With the association ( La toile d'art régnait) she has been able to achieve upon command, videoclips, promotion movies or documentaries. She worked as a film editor assistant for a company producing short or medium length movie (nous même prod ) and as a producer assistant for Aprille production, an advertising company. Recently, she has edited a video for the production ( besame mucho ) used as a support for the presentation of the future movie of Liza Azuelos. Her wish today is to tell her own vision of the world and to transpose her dreams into images.

After graduation in literature option cinema, Lara passed a BTS audiovisual in production management then a degree un journalism. She is currently in Master 1 of marketing and has chosen to study part time to be rapidly involved in her passion. During her first bts year, she worked as an production assistant at La bise au chat ( a production society for short and full lenght film .Then she spent 3 years working for AMP visual TV (a tv program producer ) on TV programs like Le Grand Journal Le petit Journal and 28 minutes. She is currently working as a production assistant for TF1

Armande and Lara are friends who met at school. A friendship was born around the same passion .To be a little bit more precise, they met in the darkness of a room. A fine motion picture theater ?

Definitively not, it was in a cinema classroom.. Indeed, both had chosen to be as soon as possible at the closest of their passion and they started two years before graduation to discover the behind- the- scenes.

After graduation Armande followed the path of the film making when lara took the one of production, swearing that, one day, they would make a team to stage all the projects they were dreaming of at school. In 2013, they founded an Association, La toile d'art regnait and today is time to make together their first short movie.

We have chosen to finance our project through an internet crow founding site because we want to throw ourselves in the adventure as a community. Internet offers today the possibility to widen our professional field through the world and share our project with people sharing the same passion.

At the time of social network, of sharing, of the tweet, of the I like, it seems logical.

But , beyond the human adventure proposed by kiss kiss bang bang, there is too the financial adventure in which a short length movie embarks its team because without financing your project can't go very far. And making a movie is at the same time a passion and a real professional project, we wanted to register on our CV our capability to make live our project through the internet. Raising funds to bring our project to a conclusion indeed, but before everything raise a team of producers to live together an adventure and start to weave a network that would be a business card for us.

It is too a way to start to introduce people to our project, show how it grew up to be able after to broadcast it through festivals and on the internet.

hrough a dream, a woman is going to understand her destiny. When she wakes up, her life is going to change. She will persist and will walk on the white line of the road.. The objects she will find on her way will give her the possibility to progress and to go on..

This story was born through a tale I was told. A man who was going on a joy ride and was only walking on the white road line and even when a car was crossing his way, he was not deviating from it. He was never deviating from the line. The driver was crossing his way always on the same roads. I asked myself a lot of questions. What was this obstination and the purpose to walk on this line. But at least where was he going to ? I have never been able to meet this man, but this story always fascinated me.

The short film will last about 8 minutes.

I started to make some researching on the white line, what it represented and what it inspired to people, if it was only a mark on the road or was it possible to see a symbolic content, as a representation of life and all the paths we have to take.

I decided to get inspiration from this story and to transform it my way. Transform the man in a feminine character to integrate a certain sensibility and, this magical side of a lonely wandering woman being at the same time soft but on the edge of the abyss. Being able to wonder if she really exists or is she only a spectre coming straight from our imagination. She barely speaks, she feels but is closed at the same time. Her emotions go through her body language. She doesn't have a real contact with the other characters. She exists but is transparent from other people's look. The character is dressed in a long white dress that she will shorten through her many changings. At every object met on her road, her character will evolve. She will be more and more tired and marked by the kilometers she will cover on this white line.

The other characters are only apparitions that help her to be guided.. They represent a way to make her progress. She will meet a Tightrope walker when she wakes up and it is because of seeing his crossing that she is going to reproduce his gesture, not on a cable but on the road white line.

The dream at the beginning has something quite symbolic. It helps her to see without directly understanding what is going to happen to her. She go and see all the people she comes across without recognising them because they will be much darker, made up differently. Once out of this dream, her route of learning is starting. According to the objects she will collect, she will evolve and transform according to them.

People are throwing a lot of things on the road, everything can be found, shoes, books bottles, crushed animals or sometimes exceptional object. She will collect many items on those roads and accumulate them home. Nevertheless only some objects will fascinate and help her make progress.

Each of those objects are hand crafted. they are important elements in this movie. They are at the same time nice, destroyed but esthetical.

The settings must be quite different. Most of the time she lives on the road, so it must be possible to dissociate them from each other. From a path in a forest to a village road, a road in the middle of the fields or one crossing a bridge. Different lines have to be considered: continued white line, stippled white line etc. Her own way to walk on this white line will depend on them : little jumps, wheel, on tiptoes etc. Her real home will be in a room with only a bathtub in the middle of the room that she is using as a bed. Objects will be piled up there as time goes on.

This room will be specially constructed for the shooting. It will be impossible to locate where she lives because this place doesn't exist. It is a room with grey walls, furniture and windows are constructed in an asymmetric way as some of them in german expressionism movie as Nosferatu from Murnau..

The line become her goal, but is going to destroy her too. The road becomes her vital lead.The character will not be able to live anymore without walking along this line, she will not be able to break away from it. Her destiny is like already drawn. She thinks that she only need to follow those lines just to know where they will lead her to. The more she will walk on those lines, the more she will vanish from the sight of others. until disappearing totally.

Inspiration extends at the same time from pictures of Kamil Vojnar or Joshua Hoffine, to the way Leos Carax is shooting in Mauvais sang, to the side world of Emir Kusturica or to the fantasy world of Tim Burton. This story is located between reality and onirism with a little touch of fantasy.

On the camera side, on the roads, shootings will be fluid, between travelling and panoramic views. We have to concentrate on her, on parts of her body but with open field view too, to show her loneliness. It has to be possible to follow her routes, following her in her movement and in her evolution. In her living space, the shootings will be more fixed because she will make very few movements. There will also be a sequence of time- lapse.

According to the point of view concerning the light, it has to be quite natural because most of the time the shooting will be outside but it has to be possible to give a dream- like impression even a fantasy atmosphere. The colours have to be intensified. The character has to benefit from a nice picture.

Speaking about the music and the sound atmosphere, they are essential because the character is speaking very little. She has to fit at the same time her state of mind and the atmosphere she is in. Sometimes slow when she is doubtful, but sometimes quite fast in her rough time. Silence too keeps a great importance, it has to be dedicated to this loneliness omnipresent atmosphere to add more deeth.

PRESENTATION OF THE CREW

Financial help will be mostly for the crew: defrayal of the actors, the technicians and for the meals. the second important part will be for the make- up, the costumes, construction and all the accessories and her living room. There's a possibilits of renting a part of the equipment: sound, light, and video return. finally the consumable to group the crowfunding, printings, memory cards etc.

We need at least 3800 €. Naturally, extending the minimum necessary would permit to rent more materials and the help of more people.

Become a member of the association La toile d'Art Régnait

Write your name in the film credits and enter in the movie history . (+ previous counterpart)

A DVD of the movie (+ previous counterparts)

Get a photo printing of the movie 21X30 (+ previous counterparts)

Become a coproducer of the movie (+ previous counterparts except photo printing)