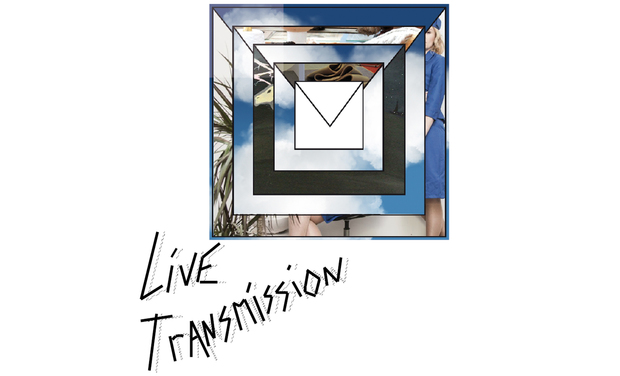 Live Transmission was thought into being by a group of young artists who felt the ambitious urge  to re-invent a protocole for artists residency in a rural territory. The artists have been given several months to get in touch with each other at envy and begin work. What LIVE TRANSMISSION is essentially about is how we communicate, what is it that comes into account in the making of a story, of a connection, in this time and age of media and information. The place that used to be the village's school will host the works of 16 artists and open to the public as a genuine experimentation playground. LIVE TRANSMISSION aims to be a knowledge and/or experience sharing platform, accessible to all publics.

SKOL SANT ANTON, LE GENOU VRILLÉ Le Genou vrillé is a laboratory for artistic creation which has been developped in Pouldergat, Finistère. Its ambition is to facilitate the mixing of different disciplins surch as fine arts, design, printed work and craftsmanship in general. It considers share and exchange as a relevant means of learning and development. The idea is to confront local traditional crafts to contemporary practices, thereby offering an alternative to habitual consumerism. Skol Sant Anton is a former primary school. This is the place Genou Vrillé chose to base its laboratory. An alternative art which allows research orientated works be shown.

The three project fouders are Cécile Gaillard, Mathieu Le Brun, Lucie Pinier : artists based in Pont Croix, eager adventure geekers,  thirsty art and music lovers. We have been working on the subject of exhibition and are still wanting to try out new stories, ways and shapes for it to take place out in the country side. We wanted to make LIVE TRANSMISSION a prolongation of our personnal research in order to learn from others. We have each chosen one guest, each guest, in turn, has chosen a further guest. 16 artists have been brought together to work on the LIVE TRANSMISSION project.

The artists taking part in  LIVE TRANSMISSION all come from diffrent horizons : Amsterdam, Marseille, Rennes… They have been invited to meet-up in Pouldergat at Skol Sant Anton for a week of residency where they can produce the artwork which will be shown during the exhibition.     Performance or Happening is a practice which will emerge from a convergence of theatre and dance. Either totally improvised or very carefully programmed, it will be taken in charge by a duet from the Netherlands : Kitty Maria & Elise Ehry. Ethereality is an Air-hostessing Agency where you will find Heather & Rosetta – the characters invented by  Kitty Maria & Elise Ehry – beating arround the bush, testing the quality of the air and of emptiness through simple gestures. They behave like ghosts of a long-gone modernist time. They use their uniforms to create duty-free situations.

Performance or Happening is a practice which will emerge from a convergence of theatre and dance. Either totally improvised or very carefully programmed, it will be taken in charge by a duet from the Netherlands : Kitty Maria & Elise Ehry. Ethereality is an Air-hostessing Agency where you will find Heather & Rosetta – the characters invented by  Kitty Maria & Elise Ehry – beating arround the bush, testing the quality of the air and of emptiness through simple gestures. They behave like ghosts of a long-gone modernist time. They use their uniforms to create duty-free situations.

Constance Hinfray is currently studying in Amsterdam, she will be joining Cécile Gaillard for a new Narguillerias project, focused on nowadays nomadism. Constance and Cécile draw a parallel between every day high-tech life and traditional techniques and ceremonies. They have  chosen what they call : « Immersive Tableaux » to question contemporary communities through the prism of a variety of cultures and time-scapes, with an invitation into near-future scenery..

Tom and Arthur is a duet created by Tom Schneider and Arthur Tramier.

Together they create domestic environments which they have baptised : « deepdeep domestic layouts ». Use objects to awake psycho-primitive potentialities that lie burried into modern domesticity. Fight off the sadness of everyday-life operating  caesareans into  correct domestic objects and giving birth to counter-correct objects.

Anthony Bodin shows the abstraction of reality. With his collections of objects extracted from an industrial and impersonal production, defeat our perception by simple actions. Filling the hollow tile wedges of black paint, he operates almost automated processing that the shape falls deeply kinetics.

Formes vives is a protean creative workshop led by generous assumptions, artistic and nonconformist. They are three graphic artists and designers: Nicolas Filloque, Adrien Zammit and Geoffroy Pithon. Formes vives cooperate with associations, communities and artists collective. It is the ambition to produce forms that are consistent and happy extensions of their practices.

He invited Marion Molle and Ronan Riou who love breakfast very long and "eat right ingredients." Drawing is the basis of their work together they explore various techniques that cause them to tell cracks.

"We meet twisted vases, drawings pockets abandoned in the trash, we bring them with us and we begin to dream with them. The next step is to tell salads as a tooth puller, is pulled all, we replanted it grows awfully. "

The duo invited Camille Doiseau. For her hierarchical reversals, moral diversions and expression of the collective imagination are an opportunity to step back and contemplate the reality of the world with self-mockery and without judgment. "To tell stories, writing and painting are my favorite means. My project is built on the imaginary map of a rural landscape, where are placed villages, townships, ponds, hills and valleys, I appointed and which I invented a story, a heritage, a calendar, rituals, folklore. "

Margaux Parillaud completes the quartet. Performer and video artist she activates her installations. Now in its draft Well, it looks as if You are Armed for Battle it offers a combat domestic character with his duo Mie Frederikke Fischer Christensen. For Live Transmission, Ronan, Marion, Margaux and Camille gather their energies to propose a docudrama occurring in Pouldergat.

Margaux Parillaud completes the quartet. Performer and video artist activates its facilities. In its draft " Well Now, it Looks as if You are Armed for Battle" she  offers a domestic fight with her duo Mie Frederikke Fischer Christensen. For Live Transmission, Ronan, Marion, Margaux and Camille unite their energies to propose a docudrama occurring in Pouldergat.

a WEEKEND with THE ARTISTS The 2nd of September the school doors will open on a rhythmic evening: performances, film screenings and concerts. The artists will invest the school's classrooms Sant Anton and even the most unexpected corners of the playground. Musicians like Antoine Garrec, Cachette à Branlette, Erwan Salmon, Footage2girls and Valentin Noiret, will create a musical landscape that will shape the captivating atmospheres. On Saturday, the artists will welcome the public of all ages for various workshops and discussions around a tea-muffin .

The three weekend will be organized in time for exchange, talk, visit, workshop .. in echo with relexions generated by the artists. For example Lucie Pinier wishes moved café 420 from Rennes to Pouldergat. Café 420 is a space for reflection on the artist's status established by the association La Collective on the problem "Is the artist in two places at once?".

These producers are committed to the quality of their products, know-how, and engaged in direct selling. We choose to work with and enhance both their product and their involvement. If you want to be part of our favorite producers, please contact us. We remain open to offers!

Today public funding for culture are reduced. We are seeking other ways to sustain this excitement and this means YOU, for YOUR COMMITMENT to see CONTEMPORARY CREATION reach ALL TERRITORIES! By your donation, you will help us meet this ambitious goal and will receive original artists pieces during the month of October or during the event of September 2, 2016. Residency : 2500 € Creation, production : 800 € counterparties: € 300 KissKissBankBank percentage: 280 € If we exceed the target of 4000 euros ... so we can set up a generous programming throughout the month of September. If we exceed 6000 euros ... we can build an exhibition catalog and edit it. If we exceed 9999 euros ...! We will schedule the second edition of Live Transmission in 2017 and double the number of invitations :) !!!