Recycle to preserve with the Cinergy project! 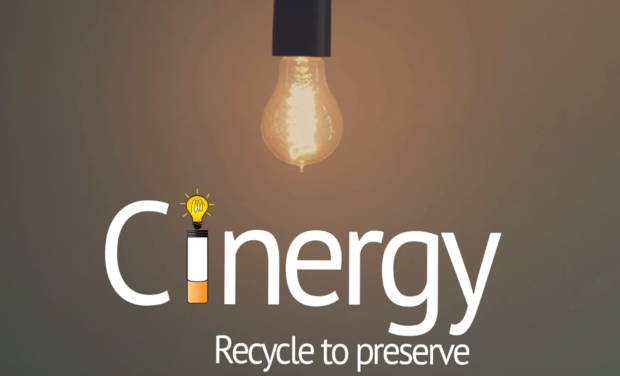 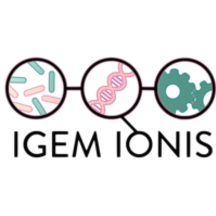 Do you know that a cigarette butt alone pollutes 500L of water, and therefore it is the leading cause of ocean pollution?

Cinergy wishes to respond to this curse!

The Cinergy project aims at adding value to cigarettes butts in order to produce electrical power:

→ Imagine a smoker putting out its cigarette just before getting in a bus, throwing it in our ashtray and thus, contributing to the lighting of the bus stop. A numerous of situation can be imagined with this system either for private or for public lighting.

The Cinergy project takes part in a circular economy aiming at protecting the environment along with future generations well-being.

To complete the project, we need to fund our proof of concept and our participation in the International Genetically Engineered Machine (IGEM), an international student competition in the field of synthetic biology taking place in Boston.

Our goal is to continue the development of the project after the competition by establishing strong partnerships, establishing collaborations and potential incubation of the Cinergy project.

Our team consists of 15 students from the engineering schools of the IONIS Group: Sup'Biotech, Epita, IPSA and ESME Sudria.

The IONIS Education group is France’s first private education group. It brings together 25 schools and entities in 18 French cities and abroad. It reunites a total of more than 25 800 students in biotechnology, marketing, gestion, finance, IT and digital, energy, transport and creation. THE IONIS Group has for mission to build the new intelligence for actual and upcoming businesses.

THE IGEM IONIS is an association created by IONIS students. The association was founded in 2015 with the goal to offer Sup Biotech’s students the opportunity to enroll in the IGEM international competition. Since their first participation, IGEM IONIS teams of 2015, 2016 and 2017 each have won a gold medal and several nominations.

OUR PROJECT: A BIOLOGICAL SYSTEM TO CREATE ELECTRICITY FROM COTTON MERGERS

France is one of the biggest tobacco consumers in the world with approximately 44 billion of cigarettes sold annually. Every year in France, more than 30 billion cigarettes are dropped on the ground which produces a very polluting waste: the cigarette bud. Cigarettes contain more than 4000 noxious substances. When dumped in the nature, cigarette buds reject the noxious substances that will end up in our soils, groundwater and oceans, thus creating a major environmental issue.

In this context, our main goal is to promote the cigarette bud filter by breaking it down with bacteria in order to produce electricity.

Degradation of cellulose acetate by a bacterium (Escherichia coli) to produce lactate that will then be metabolized by a second bacterium (Shewanella oneidensis) to produce electrons and create an electrical current. In parallel, another E.coli will produce flavins to increase electron transfers to the anode.

WHAT IS THE IGEM?

The International Genetically Engineered Machine (IGEM) is an international competition which is open to students in the synthetic biology field. Organized by the Massachusetts Institute of Technology (MIT), the contest involves students from all over the world and offers them the opportunity to push the boundaries of synthetic biology by bringing solutions to actual problematics in specific fields (health, environment, agri-food, energy, materials…).

Every year, the contest involves more than 300 international teams. The competing teams are multidisciplinary and are composed with students from universities, schools of engineering, marketing schools, communication schools or design schools. At the end of the contest, every team will get together at the Boston Hynes Center from the 31st of October to the 4th of November in order to watch the final: The Giant Jamboree and present their projects to the juries.

Within our curriculum, we have had the opportunity to support this international challenge that takes place in Boston every year. The chore of the project resides in its multidisciplinary, but it was also the perfect occasion for us to have a uncial experience that allowed us to develop skills that could be useful in a future career. Furthermore, our results and data are open sources: they can be used by other businesses, laboratories or future IGEM teams to make research progress. Finally, we have learned to build a professional network in an international context.

“All benefits will go to the IGEM IONIS association.”

enrollment the fees which are worth 4500€. This is a crucial step in the smooth running of our project. Therefore, we need your support. Do not wait any longer and register if you wish to contribute to this incredible adventure. In addition, the collection will also be a way to establish our proof of concept through our laboratory experiments and thus concretely develop the project.

If we are lucky enough to exceed our objectif (4500€), the funds will be used to purchase additional equipment for Cinergy.

Between 4500 and 6000 euros collected, we will use the money to finance equipment for our laboratory.


Between 6,000 and 8,000 euros raised, we will be able to finance the materials needed to create the battery.


If we raise more than 8,000 euros, we can finance the team’s trip to Boston for the grand final.

We are thankful to everyone who took the time to read our entire project.

We are very grateful to everyone who participated in this fundraising campaign!

Thanks to the five students of the ISCOM; Margaux Secnazi, Camille Warnod, Etienne Levy, Quentin Kubler and Charles Marquer for the realization of this campaign.

Finally, we would also like to thank all those who support and believe in this project.

Thank you very much for your donation. In addition to the previous rewards, you will receive a postcard or an autographed photo of our team in Boston.

Thank you for your contribution, it has been very precious.

Thank you very much for this gesture. Your name will appear on the IGEM IONIS website and on the website required for the iGEM contest (Wiki).

Thank you for your contribution, in addition to the previous rewards, you will receive Cinergy stickers.

Beyond our thanks you will have the opportunity to be promoted on all the media of communication: flyers, social networks but also on the stand of the team in Boston. This provides donors with national and international visibility.

Thank you we are very grateful. In addition to previous rewards, highlight your company's value proposition through our communication tools.

Thank you very much for your help. In addition to previous rewards, you will have the opportunity to appear in an article dedicated to your company as the main sponsor on our website. Your logo will appear on our final poster which will be displayed during the grand finale of the contest.

Thank you for your help, in addition to previous rewards, you will have the opportunity to host a conference in our schools.

Thank you very much for your donation. In addition to the previous rewards, you will have a discount to participate in the SB Career forum organized in October by SupBioTech.