6 months alongside Haroulis, one of the most popular Greek singer. The film will follow him until the eve of the 2014 European elections 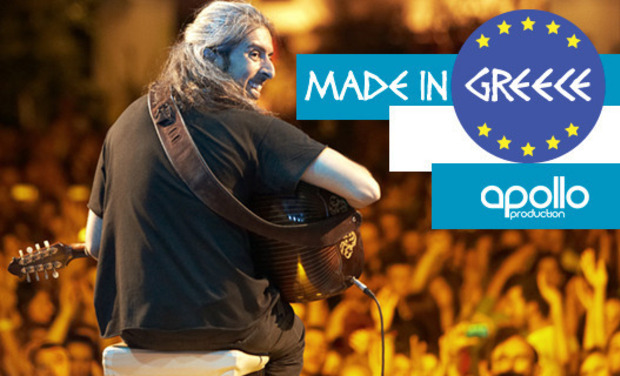 Facebook page of the documentary project  MADE IN GREECE

May 2014: Election of the next European Parliament. The new common policy line will be established.   Under the blows of the effects of the economic crisis, the discontent of the peoples of the EU and the temptation of isolationism gaining ground and undermining the very survival of a certain idea of Europe.   The stakes are high, the Greek case is only the most striking mirror which reflects the fears of an entire continent.

A Greece on the edge of the cliff is analyzed through the eyes and experience of Giannis Haroulis the main character, Xristina the pop singer and Hervé the illegal inmigrant, three poles apart that nothing could have brought together.  The common thread that unites them is Giannis Haroulis: the rising star of Greek music.

Three points of  view as the three vertices of a triangle drawn on the surface of Greece and linked by a common theme to all of us, the instability triangle: who are we and where are we going, as Europeans, as humans.

Hervé, the former customs officer that is now an illegal immigrant...and probably the only black fan of Haroulis. He's even learning Greek thanks to the songs of Haroulis.

Already four albums produced in less than 10 years, Giannis is a major player in the contemporary Greek music industry.

Giannis with his father, himself a singer as well, but also a sculptor and ... shepherd. It is also while casting his sheeps in the Cretan mounts that Giannis learned to sing and play at the age of 10.

Gabriel is a convinced and convincing europtimistic Italian director.

After 10 years in Paris, he took his backpack and decided to set in Greece for the last 9 months (no, he didn't get pregnant...yet !).

By chance he quickly met Giannis Haroulis and was able to follow him during his last summer tour, which allowed him to make a huge step for scouting the project for which he leaves.

Gabriel the director will stay from July 2013 to March 2014, fortunately for us he has now a lot of Greek friends that has shown him many affordable places in Athens.

The collection that we do allows us to meet a part of the budget to start the project, recent events (closure of the public service broadcasting Greek especially) confirms us that the situation will never cease to accelerate in the coming months as the European elections will approach and it is essential Gabriel gets there ASAP.

The money raised will be used to pay the costs associated with different travels across Greece to follow Haroulis during his tour.