Take part in the six-month expedition towards 50 fablabs and makerspaces in France and Europe: together, let's explore, document and share! 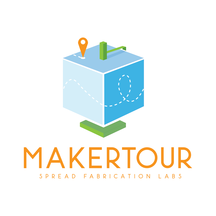 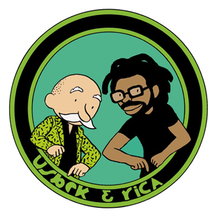 MakerTour adventure is an expedition towards 50 fablabs and other models of workshops in France and Europe. A six-month immersion (from October 2015 until March 2016) to explore, document and share the diversity of labs initiatives and practices to the greatest number. And our way to take part in a better understanding and appropriation of the maker movement and its places.

Thirds places, fablabs, makerspaces, hackerspaces, Techshops or even biohackermakerspaces.. There are everywhere, everyone talks about these new workshops, they pop up in city halls, at the corner of your street, from primary schools to universities, even within great companies like Ford, Airbus or Renault. The press talks about the subject, and everyone is getting confused. How not to get lost in this profusion of initiatives and practices?

The FabLab concept was born within the walls of the MIT in Boston in the late 90s, by the work and passion of Prof. Neil Gershenfeld. A fablab is the digital evolution of old times workshops, run with a sharing, openness and collaboration mind. It is a place open to all, making the idea-to-object process easier than ever thanks to a great community, digital machines and tools, and a "learning by doing" methodology. The fablab is also part of a local ecosystem and a global network of fablabs around the world.

Do-it-Yourself, Do-It-With-Others, learning by doing, open innovation, free and open source, documentation, iteration, these communities and places developed their own vocabulary and langage, not always understandable by the masses.

What really is happening in these labs where collaboration, sharing spirit are golden rules? Are they just a digital evolution of old times workshop or is the revolution deeper? Why do these labs captivate such a great diversity of actors all around the world? Who is concerned? What can you make there? Who is using them? Where can you find them?

And MakerTour's mission is to bring answers to everyone!

We are Etienne and Mathieu, two young guys fond of hiking, freshly graduated and members of MakerTour expedition! MakerTour came to life after we discovered the fablab and makers universe in the Programme I.D.E.A. (our university). The Programme's fablab, beyond embodying the pluridisciplinarity pedagogy, became quickly the epicenter for all our projects, both educational and personal.

The adventure became in September 2014. At that time, we wanted to draw up an overview of fablabs and fabrication workshops in France. Even though papers and works on the subject had already been published, they needed to be pursued. The task would be tedious as we could not rely only on the information available on the web.

In January 2015, we hit the road to meet different models of fablabs, inspired by the work of Fabien Eychenne and François Bottolier-Depois on the subject :

This first expedition lead us from Lyon to Amsterdam, through Lille, Rotterdam, Amiens, Dijon and Biarne, towards 7 places and 30 actors such as Peter Troxler, the Bri'Co'Lab, iFabrica, La Machinerie, Net-Iki or Kelle Fabrik. It was an intense and extremely rich experience, we met incredible people running fantastic initiatives!

Back in Lyon (south of France), we clearly understood the impact of the "labs exploration" concept and the value of taking it further. Lifting the veil on the subtleties between the models and practices is a necessity, along with creating and facilitating the information production and communication. One idea came: reproducing the "fablab tour" experience, methodically documented, on the French and European territory.

# To spread the good practices and create connections

Today, MakerTour launches an expedition towards 50 fablabs and makerspaces in France & Europe starting on October, 17 2015 until march 2016.

# 6 months on the road, around 50 labs documented and around a hundred fabmanagers/users interviews  to be found on amazing-player.eu (French participative media about third-places)

# An identity card, along with a video of every place visited, on free access on movilab.org (the documentation platform of free & open source third-places) and on makertour.fr.

# 6 thematics to be detailed to bring tangible answers to the fablabs' economic, social and environmental issues

MakerTour is a non-profit organisation, around a dozen partners, 2 passionated and ultra motivated guys, eager to meet and share these places and people!

For this first version, the MakerTour expedition will explore the French territory (40 labs) and remarkable initiatives on the European territory (10 labs). The exploration will be divided in 3 great phases:

* Other cities may be added to our list under construction, depending on the budget collected with the crowdfunding campaign!

Today, MakerTour non- is made of 5 active members:

They help us everyday to give life to this project, they guide us through our researches, share our thoughts, open their doors and networks to us, became friends, examples, and supports. Without them, we would not be here, and we would like to thank them all!

The adventure goes on today with all of you! Together only we can turn this experience into a powerful tool to inspire the world!

Our partners see in MakerTour a mean to take part in the good practices sharing by documenting their own lab and learning from the rest of the community. Beyond the documentation, the project is a tool to find landmarks, information on the movement, create connections. Thanks to their commitment to the project and their implication in MakerTour initiative, we have gathered an important part of the budget required to start the expedition (15.000 €).

And today, MakerTour needs all of you to help us with the documentation production and its diffusion.

# The purchase of the equipment required for a state-of-the-art documentation (camera, tripod, batteries, 2 SD cards with 32 gb, a recorder, 4 hard drives, 2 3G dongles)

# Optimisation and makertour.fr maintenance + integration of the labs ID cards by a web-designer (in process)

The global budget of the expedition is 20.000 €. It includes the transportation (gaz, tolls, train & plane tickets), the housing and the meals. The idea is to meet and share as possible for the tour to become a human adventure above all. And so we will use and abuse of carpooling and couchsurfing!

The number of fablabs around the world doubles every year! And Europe is the epicenter of the phenomenon as you can see on this daily updated map on www.fablabs.io.

MakerTour goal is to widen our vision and go on other continents to document other fablabs and workshops, all with their very own peculiarities and ideas:

But the fablab movement does not stop at the frontiers of Europe!

To thank you and to help us to spread our message, we designed compensations for your support. The idea is not to make Happy Meal gifts.

We designed a whole bunch of compensations just for you to:

# share the MakerTour experience with you (blog and newsletter)

# deepen the subject and spread it together (by meeting each other)

Wanna please someone around you? You can also offer one of our compensations to one of your relatives, friends, colleagues, loved one :)

And if you don't want any compensation, it is very simple, you simply need to tick the matching box.

Pack 1: Infinite gratitude! Welcome aboard! You share our vision, thank you for that. Your name/nickname will appear on "MakerTour Friends" website page.

Pack 3: Pack 2 + Get the Makertour lucky charm made with love in a fablab

Pack 3 + Treat yourself with a one-year membership (or a renewal) to the French magazine Usbek & Rica exploring the future!

Pack 3 + Get curious, come to the lab and make something with a MAKERBOX worth 99€

Pack 3 + Get curious, come to the lab and make something with a MAKERBOX worth 199€

Pack 3 + Discovery for 2 people in a fablab around you with MakerTour team during the tour [half-a-day - open to all from 7 to 77 years old - breakfast included!]

Pack 3 + Get curious, come to the lab and make something with a MAKERBOX worth 59€