Support the horror short film project: Maryla! Help us to complete the financing of the film :) 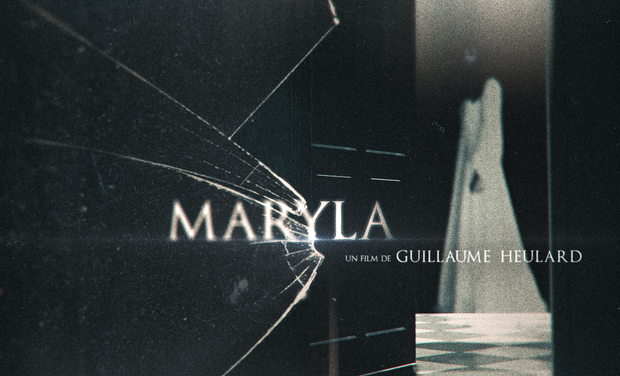 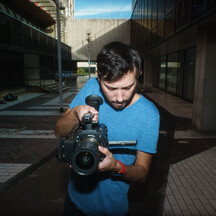 During a trip to Poland, two young american photographers, Ashley and Cassie, are sent by their employer to photograph an old uninhabited mansion resembling a haunted house deep in the forest. Cassie is confronted by some very strange phenomena on her way to the manor...

Horror films have been a passion of mine for many years (since I was little enough to have to hide my horror habit) and after dipping a toe into this genre for a few previous projects, I have always dreamt of taking on this style of film fully. Following a few months or writing and preparation, Maryla is ready to become a reality.

It’s quite interesting to see how horror films are so anchored in current pop culture. You might wonder why anyone would want to spend 2 hours testing their ability to resist stress.

For some researchers, horror films are a kind of rite of passage, replacing the rites of our tribal ancestors. For others, horror is a transgression, hiding the societal norm of condemning violence and satisfying a desire to break the rules. Watching the Shining can lead to losing upwards of 184 calories according to some quite serious researches (I swear!).

For many, the horror genre is a party that can be enjoyed as a group, a way to get together and take part in something. Some laugh or get goosebumps while others can’t bear to look or shed a tear. In any case, this genre is rich with emotions.

Maryla was born from my desire to rediscover horror in its purest tradition, primarily from Hammer films where the decor plays a central role, almost as its own character.

This time around, the action takes place in an over 100 year old home filled with furniture and artwork from another time. The home is absolutely full of history, as if it were living.

Some pictures of the location

It’s inside this decor that not only Ashley and Cassie, but also others who will inhabit the hallways and surroundings, will come to tell their story and be pushed to their limits. I won’t risk ruining the plot in order to share further.

Maryla is also a bit of a technical wager. We have taken great care of our cutting and in our asthetique research, to truly sew the seeds of stress. Camera mouvements, lighting, the whole film has been choreographed to a T.

Sound will also be treated very carefully. Wind in the old pipes of the house, cracking wood floors and branches scratching the windows, all punctuated by silence.

A horror film is like a symphony, full of rhythm and notes that bring the whole ensemble together. You can be sure that our musicians are ready to give their all to bring Maryla to life.

An urban legend as a starting point

Guillaume had a long-standing desire to create a horror short film. He asked me to write a simple and efficient script around a young woman.

As said by a famous director and master of suspense “it’s better to start with a cliché than to end up as one”. It is for this very reason that I took off from the popularly explored “Bloody Mary” urban legend. Every version has in common a horrible story between Mother and child, leading to the birth of the ghost of Bloody Mary. Here I give my own personal interpretation.

To move beyond a simple horror film, I added a police investigation which drives the story towards that of a horror thriller combination designed to keep the spectator on his toes until the very last scene.

Our primary goal is to make the audience shiver with fear and suspense. At the same time, the script can be seen from another angle. The ghost that persecutes the young woman can be seen as a metaphor for a woman’s fight against an old resurfacing trauma.

These two women of the same age and social environment, develop entirely different views based on their own personal experiences.

In order to bring this horror film to life, our intentions were extremely clear and precise

All of the films that inspired us such as It Follows from David Robert Mitchell, The Conjuring from James Wan and The Others from Alejandro Amenabar, share a very natural lighting ambiance. Our other great inspiration comes from the horror video game Resident Evil 7 from Koshi Nakanishi. These references all use lighting as an integral part of their decor, accentuating their realistic look and feel.

THE LIGHTING
It is important for us to render the aesthetic feel of this film as close to reality as possible. This is why we will use bedside lamps, candles and floor lamps as the basis for our lighting in all of the scenes. This will allow us to divide the space with zones of shadows, further reinforcing the feeling of insecurity in the house.

In the Polish police station, we will use less contrast because this particular scene reveals an important truth in the story. Nevertheless, we will keep a raw light made credible by the type of fluorescent lighting in this type of administrative building.

THE COLORING
All scenes will be treated with a range of shades from yellow to green.

When shooting in the house, warm tones (yellow) will be dominant, while during the interrogation, the use of fluorescent lighting in a police station room in Poland, will be rather greenish.

The lamps in the house will be warm tones. The light is supposed to represent life and security.

THE FRAMING
For our framing and movements, we will mix fixed shots, shoulder shots but also slow dolly shots depending on the character's point of view in the scene.

With this film we wish to create modern images of the film genre while adding a texture of images proper to horror films (shot on film) from our adolescence.

We will use a digital camera with spherical optics from the 80's in order to stay true to the deformations and bokehs linked with this horror cinema that we are inspired by.

In the same way, we will use wide focal lengths, for portraits (ex. 27 or 32mm) to be close to the actors, giving spectators the impression of being present with them, further increasing the feeling of immersion in each scene.

Excerpt from the storyboard

Raised between Madrid and Montpellier, Anaïs Parelló began by studying languages before embarking on a career as an actress. Trilingual, she speaks French, English and Spanish fluently and has a good command of Italian as well as notions of Danish and Arabic. After several television appearances (notably in Calls, on Canal +), she has appeared in various short films, including Jimmy Bemon's award-winning Superman is not Jewish (...And Me a Little), Ricardo Urueta's Cariño Mío and Eva Muñoz's Muñecas and Hannya (in Spanish). At the same time, she took musical theatre classes. In 2016, director Jon Ford offered her her first film role in the award-winning English horror film Offensive. She is also the main character in the Franco-American series, I-Art, directed by Alexandre Da Silva. Later, she tried her hand at writing and directing, with her first short film Rêveuse; then, this time with Ivan Cori, she co-wrote Souris, a film soon to be directed by Joan Borderie. She will soon be seen in the English feature film The Ledge, directed by Howard Ford, in which she plays one of the lead roles. Anaïs also recently participated in the shooting of Dontnod Entertainment’s next video game (Life is Strange).

Paul Bandey is a British actor, born in London. He got his start in his native country before settling in Paris. He has filmed and voice acted for more than 100 different projects. He is the King of England in The Visitors, by Jean-Marie Poiré. He shot with Gérard Depardieu, Uma Thurman and Tim Roth in Vatel, by Roland Joffé. After acting in several series, he was in Hitman by Xavier Gens and Black Venus by Abdellatif Kechiche. In 2013 he played opposite Robert De Niro in The Family, by Luc Besson. The following year, he played a journalist in Woody Allen's film Magic in the Moonlight. Soon he will star in Eight for Silver, the next film by Sean Ellis (Cashback, Metro Manila) with Kelly Reilly and Boyd Holbrook (Narcos).

The rest of the cast will be revealed later! Stay tuned!​

Numerous other collaborators will be invited to participate in the film throughout the entire production process! We will be sure to keep you in the loop!​

This is our initial goal. The minimum budget required for the film has been mostly completed, allowing us to shoot the short film. However, in order to ensure a minimum level of comfort for our team, we need your help!

Your generous donations will serve mostly to cover travel and lodging expenses for the team. The film will be primarily shot in the south of France.

With this amount, we can treat our short to some amazing technical advantages. We will rent higher performing machines and have access to A grade lighting.

More ambitious post-production including an impressive additional scene which was not included in the original script but will enrich the film.

Hollywood, here we come! With this amount, we can truly reach the stars including filming, post-prod, visuals and sound.

THANK YOU! A big thank you from the whole team!

Your name in the credits! As well as a big thank you from the whole team!

Be our guest at the live projection! Receive all of the previous rewards as well as an invitation to the projection of our film in Paris with our team. *Not including travel.

A book on the creation of the film! Receive all of the previous rewards as well as a book retracing each step of creating the film, signed by our entire film crew.

All of the above rewards, as well as a Blu-ray/DVD combo of the film.

Your name will appear in the credits as a co-producer and you will access all of the previous rewards. You are also invited for a day of filming (in the studio in Paris). *Not including travel