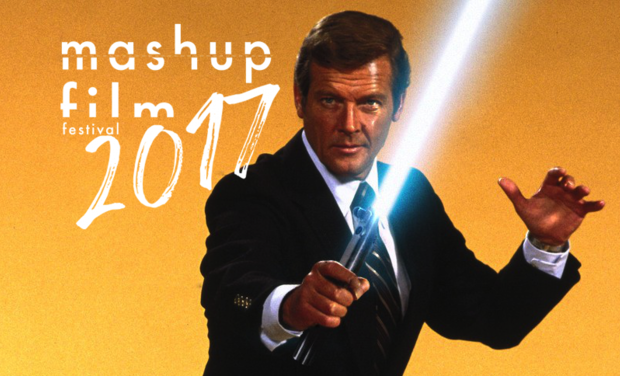 « There are four kinds of expression that revolutionize cinema nowadays: TV Series, Transmedia, Virtual Reality and Mashup. From the four it is just Mashup that doesn't have its own festival in France. We would like to be the ones to give it one. » Julien Lahmi, Artistic Director of the festival.

It is simply creating a new audiovisual work by remixing, re-editing and transforming images, lines and sounds coming from other works that already exist.

Mashup Cinema is everywhere ! Mashupers use all the toys of pop culture at their disposal, as a result we are all familiar with the images used in their films. This is a worldwide practice without borders and accessible to everyone. If you were ever curious to see Darth Vader talk to Marilyne Monroe or Batman singning Singing in the rain, these  films will grant your wish !

Initiated by the Forum des Images in Paris in 2011, the 2017 edition will take place in over 50 places and cultural venues in France and abroad. There will be over 60 mashup films screened during the month of June !

Some of the themes of the  screenings will be: French Touch, Undressing SuperBatman, Sampled Western and Mashup Kung Fup.

Parallel to the screenings the festival will host workshops for editing and creating a mashup film of your own with tablets or with the Mashup Table.

Finally, there will be roundtables and conferences around subjects like: the copyright issue in the digital era, preserving the cultural heritage, etc.

The patron of the 2017 edition of the Mashup Film Festival is Michel Hazanavicius, one of the pionneers of the genre.

We would ultimately like to acquaint a larger public with the mashup directors and their work and at the same time motivate new directors to create their own mashup films.

Our ambition is for this to be an interactive festival. We would like to break the codes of a traditional Q&A after the screening and encourage audiences to have a real time exchange with our guests.

This will be a transmedia festival. All kinds of events that will combine: performances, art & digital content, concerts, dance and theater performances, installations and an interactive bal...

The festival will connect all audiences ! It will be at times a traditional festival, with events taking place in real venues and at the same time on the web. 30 selected venues will broadcast online ,video recordings of conferences and round tables. A livestream will be put in place simultaneously in different cities allowing all audiences to interact in real time. Most of the screenings, conferences and round tables will be filmed with a webcam and the events will be filmed with a VR camera.

« Mashup is everywhere! If the meaning of the word escapes some of you ,this practice is universal defying borders. Far from being anecdotal , this phenomenon of appropriation or rather re-appropriation gives birth to transformative creations  that subscribe to the Web 2.0 concept of a culture of exchange and sharing »

« However the term means so much more than a mixed plate:it remains a way of approaching things, often a state of mind. That conveys from time to time the values behind the internet.: sharing,exchanging,free access(..) It is a pillar of the online community. »

« What makes up the mashup is its specific relationship with images: the way it appropriates them, dismantles them  and reassembles them, breaks them down in order to create new stories,instigate new feelings as to show the underlying logic or to pay tribute to them or to even completely deconstruct them. »

« Mashup: when a film-puzzle becomes a work of art. »

If you want to know more : www.mashup-film-festival.com

Thanks everybody and we will see you in june !