Support and pre-order the new EP of Max Bandicoot! 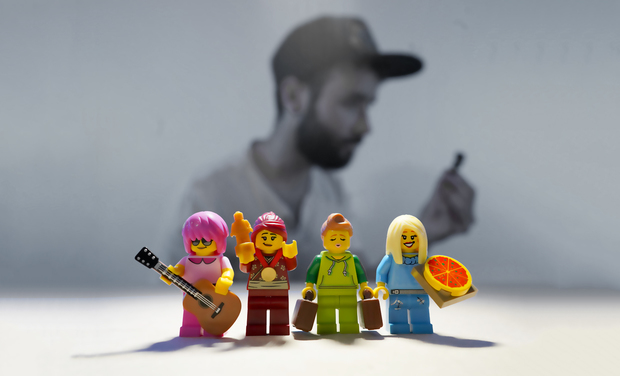 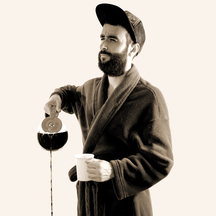 Hey there! I'm Max Bandicoot. Whether we know each other or not already: welcome here and thanks for your attention! Let me introduce my brand new project, hope you'll like it!

Who is Le Bandicoot?

Max Bandicoot, it's a guitar, a pen, a heart & music somewhere between France and England, the hidden son of Eminem and MC Solaar, lyrics that would make you feel awkward with your parents, not enough sleep, and coffee, a lot of coffee...

What is this EP?

This project is my second release, 5 new tracks, written mainly in French (and a bit in English too). The concept of the EP is simple: it's called Quatre Filles, which means Four Girls. Each song follows the story of the girl it’s named after.

Martine was written for my beloved guitar. Regina talks about boys and girls, flirting, and pizza. Avril is about a girl leaving a life she hates behind. Victoire is a break-up song about winning and losing in relationships. Finally, La Fille Dont Personne Ne Connaissait le Nom, (The Girl No One Knew The Name Of).

Quatre Filles is an eclectic mix of French Rap and English Folk with a good dose of Pop. I had the chance to collaborate with extremely talented musicians, London friends who added something awesome to every song. Many thanks to Valerio Lysander, Sara Newton, Easymess, Brian Grogan and Lin Hamami on backing vocals, as well as Mónica Viñoly and Leo Polchar on violin and cello.

Thanks to their amazing contribution, the EP sounds insane! Plus, the songs have been recorded with the help of the talented Julien Baraness in the Madison Studio in London (whom I highly recommend).

The tracks are ready, but there's still a long way to go...

And this is where I need your help!

This campaign is the perfect way for you to concretely support me and my work, to help me carry on creating, but also for me to give away some exclusive rewards. There’s obviously the EP in CD or digital download, but also so more funky stuff, like custom Legos that I made myself, or personalised covers and even private gigs!

And at the end of the campaign, we’ll have a big release party to celebrate the launch of the EP!

But even if you’re broke, you can always share it around you, to your friends, family, colleagues, social media… it would be really useful. In this kind of campaign, every little donation helps!

When is the release?

The crowdfunding campaign lasts a month, the EP will be released slightly after it, in September 2018! Expect a release party in London to celebrate the launch of the EP, as well as a tour in France! Many videos are coming your way in the meantime (music videos and live sessions).

One last word: THANK YOU.

Thanks so much for your support so far! All your comments, shares and likes and smiles and hugs really encourage me to carry on creating. You who come to my gigs, who listen to my tunes, who watch my videos or just who follow my journey on social media: THANK YOU.

This project is my best work so far, I hope you'd like to help me in it!

I'll update my social media during the whole campaign, so don't forget to check out and follow:
www.maxbandicoot.com
www.facebook.com/maxbandicootofficial
www.youtube.com/c/maxbandicootmusic

What is this money for?

I want complete transparency and want you to know exactly what the money you'll give would be for. I'll personally get the whole amount and rest assured that each Euro you'll give me will be spent wisely.

If we reach the first step of €1500, then the project can come to life! This money would be enough for the mastering of the songs and the making of the CDs, as well as the promotion and distribution of the EP on online platforms like Spotify, iTunes, Deezer...

Last but not least, it will also allow me to shoot live sessions videos for every songs of the EP, with all the musicians who helped me recorded it.

But we even reach higher than the goal, then it's awesome! For instance, if we manage to reach 150% or 200%, there will be enough budget to work on music videos for the EP. And then the project would be complete: 5 studio tracks + 5 live sessions + 5 music videos!

A million thanks for your help! And I'll mention your name on my social media!