KissKissBankBank is a participative financial platform based on donations and compensation. If you are interested in the project, you may participate in its implementation and you will be compensated as a function of your donation. At this point in time, I have personally financed a few interviews myself (to make a promotional teaser). Metalbanger, the Art of Violence is an original concept mingling interactivity and immersion in the Metal universe. The project, deigned both for the web and television, aims to reveal the hidden side of a little-known or poorly-known culture, often described using a collection of derogatory clichés. Metal is often seen as a social threat, but it is still a very popular musical genre despite it being perceived with wariness. 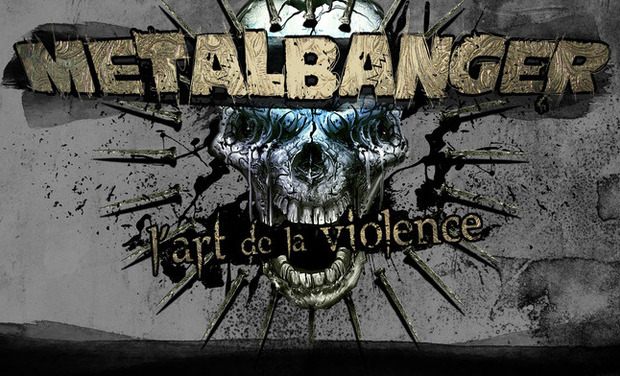 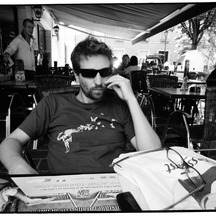 Metal, derived from Hard-Rock and Heavy-Metal is a music labelled as violent. It is also a genre of music listened to worldwide. Several documentaries have focussed on the fans of Metal, but the musicians have only rarely been described. None of the films have explored the reasons that push artists to express their emotions through this controversial music genre, regrettably viewed in clichés and as an amalgam.

Metal is usually criticised for endorsing machismo and violent behaviour, for pushing people to suicide, or murder to towards alternative cultures. And the clichés on Metal amateurs are easy shortcuts: “they are stupid and are bad musicians”.

I wish to tackle these clichés differently in this documentary by exploring 4 different topics as follows.

Artistic expression: why do some musicians feel compelled to express themselves in such a violent manner?

The morbid imagery: why does Metal make so many references to death? Is Metal the only form of art that does that? Why is it taboo to mention death in our society?

Life in parallel to Metal: even though I have focussed on some of the best French groups (and one Swiss group), most musicians do not make their living out of their music. Some even have very respectable jobs, in total contradiction with typical representations.

Work and technical expertise: does one have to be a good musician to make Metal music? Is it hard work? Should musicians only listen to Metal or should they open up to other styles of music?

To answer all these questions, I selected 12 musicians, 2 sociologists and one manager of cultural events. Their views will be enlightening and will provide a different perspective on Metal and help reposition the genre in the field of the arts.

Through the approach and the topics treated, the documentary is first and foremost for unconditional Metal amateurs but it is also for novices, describing how Metal treats serious subjects like death or transmits values associated with tolerance, eclecticism and work ethics.

The documentary will be entirely calibrated in black and white. The logo, designed by an artist of the Metal scene, complies with the morbid imagery associated with Metal.

The result recreates the paradox between the image of Metal, which is dark and violent, and its essence, definitely turned towards positive values. Many musicians confided to me that they turned to Metal for its authenticity.

Which artists have been selected to take part in the documentary?

Eryn Non Dae (the whole group during the recording of Meliora). Toulouse.

I now have to finance travel costs and the renting of material to carry on with the project.

You will be cited in the thanks and be given a badge.

You will be cited in the thanks and be given a badge and a sticker.

You will be cited in the thanks and be given a badge and a set of postcards.

You will be cited in the thanks and be given a 7x11 print of the artist of your choice among those participating in the project.

You will be cited in the thanks and be given a 11x15 signed print of the artist of your choice.

2 hour workshop with Staif. NOTE: the trip to Marseille is at the Kissbanker’s own expense.

2 hour workshop with Candice Clot. NOTE: the trip to Marseille is at the Kissbanker’s own expense.

Initiation to mixing on Pro Tools with Thomas, our sound engineer.