After Mongolia, Olivier Laban-Mattei and Lisandru Laban-Giuliani leave for a new project in Greenland. 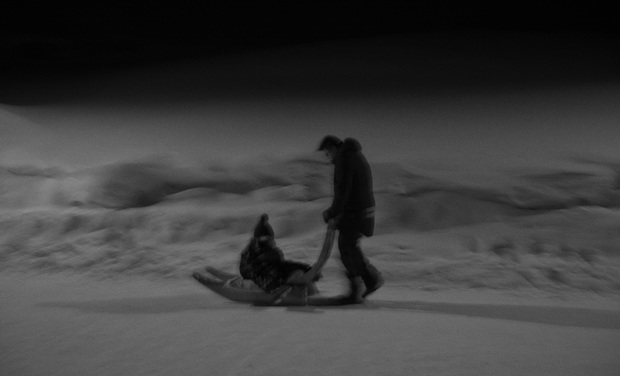 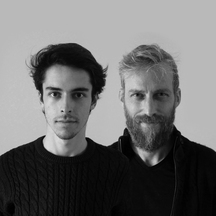 This project is the continuation of our adventure in Mongolia, eight years after this first trip. Our complicity, forged in the steppes of Central Asia, has grown steadily over the years. Lisandru is now 19 years old and aspires to become a writer concerned with the issues of his century. Olivier continues his path as a documentary photographer. This new project was obvious.

In the preface of our first book, Mongols, Jean-François Leroy, the director of the international photojournalism festival Visa pour l'Image, already asked us "When are you leaving again?" We can finally answer him. Now! To Greenland.

The Project, between present and future

Lisandru will write an anticipatory novel about Greenland in 2051. Olivier will remain in the present, making a photographic account of contemporary Greenlandic society, at the heart of its intimacy. Eventually, two books will be published, together in a boxed set that will also include a collection of their exchanges and reflections during their journey.

An investigation in the present

Greenland is at a crossroads. Its central position in the Arctic gives it a leading role in the international geostrategic issues of the future. And, as in Mongolia, its population is exposed to the covetousness of the powerful, attracted by the riches of its land. This "small people" of barely 56,000 souls - the only indigenous people of the Arctic to be able to achieve independence - is in danger of "disappearing" in the face of the appetites of large nations and multinationals. Now mostly concentrated in the few cities on the west coast after being driven out of their villages in the 1960s, Greenlanders are suffering the ravages of decolonization and the misguided policies that followed. The destructuring of their society for a Western model that was not adapted to the Inuit way of life has caused many ills. Alcohol destroys families, violence against children is legion, and education is lagging behind. The loss of identity and social disorder have taken a lasting hold in the homes.

A Survey of the Future

2051 is the turn of the century, the anchor point for all the alarming climate predictions highlighted by the numerous IPCC reports. Greenland is at the forefront of these upheavals. It is melting away at a glance and profoundly changing the structure of its society. The way in which the Greenlanders will experience these changes should shed light on how we view our world and our own lives.

And in 30 years' time, Greenland may become independent, in a geopolitical context that has been reinvented, in "favour" of global warming. All that is needed is a referendum. But what will tomorrow's Greenlandic society look like in the light of its current wanderings?

2051 is therefore the date chosen by Lisandru to install his novel, in the logical continuation of the first novel of anticipation of Greenlandic literature written in 1931 by Augo Lynge ("300 years later") who, at the time, imagined a land of plenty in 2021.

We will go to meet the Greenlanders, in their great diversity. We will learn from their lives, and we will question them about their vision of the future, for themselves, for their children, and for their country. We will tell you their present and future stories, through these photographs, through this novel.

After a first spotting trip made by Olivier in January 2020, we will leave for about 40 days, starting in mid-May 2020. We will travel to Uummanaq, IIlulissat, Aasiaat, Maniitsoq and Nuuk, as well as to deserted villages or villages about to be deserted. And depending on the money raised, we may visit the south of the island.

The amount raised thanks to your priceless support will cover most of the costs of our 38 days in Greenland.