Participate to the project Born Roma, a documentary about a marginalized community. 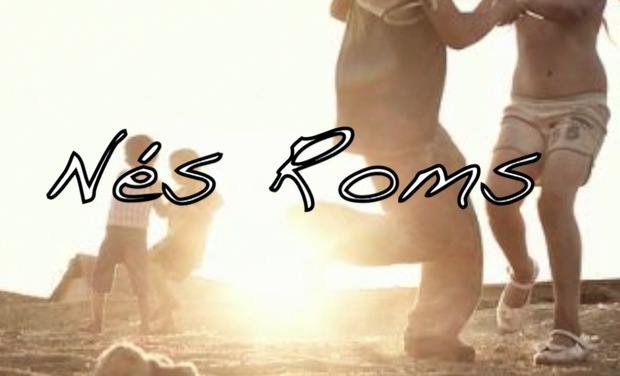 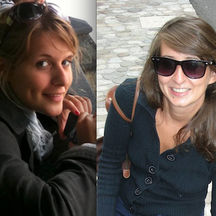 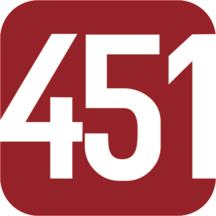 « They are robbers », « They are dirty », « They don’t want to be integrated ». All these sentences, we hear them as soon as we talk about roma people, obviously in the news. Hard words are used to qualify a community that we actually don’t really know. Where do they come from ? What is their situation in their country ?

Hungary, Serbia, Bulgaria, Romania… the roma people represent an important minority in a lot of countries of Estern Europe.

Rejected by the population, their way of living are extremely difficult, especially in the Dracula’s country where discrimination against them remains strong.

Show the situation of the Roma in Romania.

In France, some confusions are made between Roma and Romanians. Nevertheless, over there, the racism and the discriminations are still very present against this minority. Furthermore, their relation with this country is particular. Formerly reduced to slaves, they underwent the Holocaust before being likened by Ceaucescu. We chose to tell their story through a particular point of view, the one of a social photographer : Mugur Varzariu. It is thanks to his contacts, his experience, his faith in the information and in the denunciation that we want to give another image of this marginalized community. So we want to go and meet this community in Romania in order to understand better their everyday life, their difficuties to be integrated and the received ideas about their traditions and culture.

Brand marketing during more than fifteen years in communication and publicity, this Romanian has finally swop his business clothes for a camera. Four years ago, he decided to leave his business as a managing partner at Trount and Partners, which is one of the most famous business strategy consultants in Romania. Armed with his camera, he stride accross Romania to meet the roma minority in order to tell the world, beginning with his country, about the situation of this marginalzed community.

If his pictures has been published in a lot of magazines, such as Le Monde, The New York Times, 6 mois or even The Economist, he considers his role more than a simple witness.

Today, thanks to his commitment for the roma people, he became a World Vision ambassador, first NGO of sponsoring children in the world.

« We claim we want to help when all we do is to run from one story to another… I say, let’s be redundant for a while and stay on the stories next to us until we really start seeing improvments. They are many stories that need our long term commitment. I choose to tell the story of the Roma people for it’s a story more relevant today in Europe than it ever was. Respecting the rights of the Roma people is something each of us can hel others do. It’s not easy dans it involves Romanian and Europeans alike. » - Mugur Varzariu

Thanks to his experience within the community and to his work, artistic but also social, Mugur will guide the spectator as no one esle, to meet this minority who only ask to be understood.

We’ll following him in his work, exchanging, discussing and shooting the roma. We’ll discover and admire his pictures while learning every day more about the roma community.

The segregation Our trip will begin in Baia Mare, a town located in the north-west of Romania. There, life is particulary hard for the roma people. In 2011, the mayor has decided to build a wall in order to separate the Roma from the Romanians – officially in order to protect the children from the road. Informally, in order to hide from the inhabitants the roma ghetto.

Luca Banta is a father of 3 children. He is the only Roma in Baia Mare that overtly opposed himself against the construction of the wall and raised his concerns in a public debate, organised by the mayor.

The evictions Some kilometers farther, in the biggest Roma informal settlement of Baia Mare, called Craica, lives the Jigovene family. In 2012, the mayor decides to evacuate people and to rehouse them in a complex, the CUPROM, where there is not neither water nor electricity and where the walls contain dangerous chemicals products for the health. More than 70 families agreed to leave Craica for CUPROM, but Rodica Jigovene decided to go to see closer the alternative proposed by the authorities before accepting. What she saw there was cold to her in the back : “There were signs “danger” on walls. After several minutes, my eyes and my mouth began to burn me. It is filled with chemicals products over there.” “Some children suffered from nausea and from vomitings and hospitalized”, according to Amnesty International. The Jigovene family decided to fight to remain to live to Craica.

The poverty Further south of the country, in Caracal, it is the same tune. It is necessary to fight not to be expelled. Because their roof, it is all they have left. The work becomes scarce in Romania and the Roma are not the hired first ones. In the roma community, the early weddings is always presents but contrary to what we can know, it is not a tradition but rather a question of poverty. Because get their daughters married enable the family not to take care of them financially. The fact is that we make of the poverty an ethnic problem. The arguments about the marginalization of the Roma are often drawn from stereotypes concerning the image which we have of their traditions. Exemple with the early wedding, which is not own to the Roma. It is also practised in India or in Africa, countries where communities suffer very often from poverty.

The traditions We want to explore traditions about which we do not speak a lot, as the witchcraft. For that purpose, we shall meet Bratara Buzea. “I had no idea what a witch’s day-to-day life was like. At first, I was worried that all I would get to see would be her reading the tarot cards a couple of times. Little did I know what an interesting and strong woman she would turn out to be. From her childhood in a covered wagon to the respect in which she is held by her very large family, Brățara’s life is like a novel. After a life marked by good times and bad times, today Bratara enjoys a level of respect many non-Roma never dream of.”- Mugur Varzariu

The political corruption In this vicious circle are added bad administrative practices which became the standard in a country renowned for its high degree of corruption.  Between 2007 and 2013, Romania was authorized to spend approximately 4 billion euros of the European Social Fund giving the priority to the projects concerning the Roma. At the moment, Bucharest used for the latter only 1,4 % of this sum. "We listed on the scale of the country 300 non governemental organisation which take care of problems of the Roma, asserts Gelu Duminica. Following our survey, we discovered that only 40 of them show a certain activity. In fact, twelve really make their work. 60 % are in rural areas. Why? Certain city halls need to have as partner a Roma association to reach the European funds. Then we set up an association for the showcase and, once the curly project, we make nothing more, the association disappears. "