Digitizing illustrated book and an exhibition ! 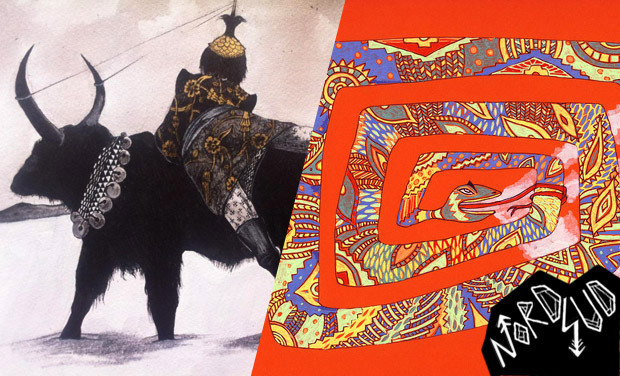 Several years ago the publishing numered project made its way from the initial desire to build bridges between literature and contemporary art to this call for participation today.

My passion for literature and contemporary art which I've been in it for 15 years , made me such a big kid who dreams of invents the light for tomorrow , so my proposal dream is digitizing illustrated books , for young generation ( and the previous one!)

Art and talent making a new look on the classic or contemporary text , their disciplines could be everything (painters , photographers , illustrators , etc...)

North & south Is the first one from the collection which I believe it could be rich and vibrant in reconnaissance and artistic brushes! The reason why I prefer to build a digital book is a desire to experiment , innovate , intersperse new seeds ( which I hope creates jobs in zone of culture) but also for the sake of furthering the dissemination old illustrated books and contemporary art , through your web users.

The public can meet the artists, however, in the real world, at exhibitions of art works within each publishing project, in places of art and places dedicated to the book (libraries, bookstores ...)!

and most importantly , I believe that (perhaps even today) , we need a poetic break in somewhere else , stunning , fantastic, exotic , callable... and artists are here for!

North and south are our first project in our long way which I do believe in with my whole heart , if internet breaks down the boundaries , I bet it could be the first digital illustrated books who travel the whole world and meet the civilization of north and south!

North and South project is a digital illustrated book by Cécile Palusinski author (that's me), Elsa Bahia and Saba Niknam, illustrators, we have already collaborated in 2010 to the publication of an audiobook "The epic Noah "published “the Words of Silk” and we keep very good memories .... so now, we like to share a novel human and artistic adventure with you. We enter here into a process of reversing the process of producing an illustrated history: we are interested in this project digital book is the practice of "painting writing" or "writing painted" not in a logical juxtaposition of the one and the other, but in a process of dialogue, exploration of one by the other: the narrative thread may be interrupted, disturbed by the intrusion of an image playing with situations, pulling out another place to cross. The starting point will be two images produced by illustrators Elsa Bahia and Saba Niknam, which offer the two complementary visions of a universal symbol initially chosen. hese first two images will build two parallel stories, one inspired by the myths of the civilizations North (illustrated by Saba Niknam), the other myths of the civilizations South (illustrated by Elsa Bahia) For a game to go return, it will be for the author to draw a literary transcription borrowing the illustrators chosen their picture-story pieces. Then illustrators continue to illustrate depending on what the text has inspired them, and vice versa until the report is complete and consistent and that there is a strong connection between images and words. With the promise for readers to revisit the myths around the world! (Contemporary version).

Saba Niknam (from right), has a passion for Nordic cultures, Inuit, Russia, China, the North American Indians. She travels through the books on the ice floes near northern lights, yaks and polar bears.

To create our images, we will be guided by existing mythologies, books designs, photographs, costumes, headdresses, sculptures, symbols that correspond with an important documentary work upstream.We will draw on influences, graphic styles, representations, motives, we will link to create an imaginary mythology which the sources are multiple

Cécile Palusinski focuses on the bonds between literature and painting: in 2005, she wrote the monograph visual artist Flore Sigrist and in 2010, the book records youth "Garance and Master audio color, form of reading that it defends through the Audio Book Award the Peacock Feather. She has also published two novels, "This is a case" (Editions Artisfolio) and Morpheus (Editions Kirographaires) on the search for identity, a theme found in his last youth "The epic of Noah" book illustrated by Elsa Bahia Mroziewicz and Saba Niknam.

Elsa Bahia Mroziewicz is illustrator. She studied at the School of Decorative Arts in Strasbourg. Her world enriched by her passions: circus, theater, music and travels: Mexico, Yemen, India, Indonesia. She is interested in everything related to the décor and poetic atmosphere. In 2005, she volunteers at the Theatre du Soleil during the filming of their show Last Caravanserai. In 2010 she attended as a script for sculpturOpéra Cupid, the artist Gilbert Peyre, owner of the building located on Paradise and Hell in residence at CENTQUATRE in Paris. She is also interested in achieving Books-animated. In 2013 she won the award for BEST BOOK INTERACTIV of ART WANTED BOOK Prague.

Saba Niknam was born on 1 September 1988 in Tehran, Iran and left the country in 2007. She studied at the School of Decorative Arts in Strasbourg (Arts section). Her work is inspired by her memoirs and nightmares that give a dark and mysterious universe to her creations. It is also influenced by the magical and shamanic universe.

In 2012 she produced illustrations for textile-brand New York samanuscha and the cover of Cd Serbian-Iranian group Sormeh and participates in various exhibitions such as the fifteen Iranian culture in Aubette Strasbourg.

And we need you for this journey in the world, to meet people and myths of North and South!

Collection on KissKissBankBank should enable us to:

- Promote the book via a campaign on digital social networks.

If the amount collected goes beyond the € 3,000, we can offer a sound staging and audio English version of the text (optional on every page of the ebook in French), to facilitate the dissemination of the work beyond our borders, north and south!

We will also pay the costs of the exhibition planned for the book launch (transport works, supervision, insurance, invitations ...) with happiness to see you there!