Noroc: a photobook that explores Romania !

Support the production of a photobook. Six years of documentary and incongruous photography in Romania! 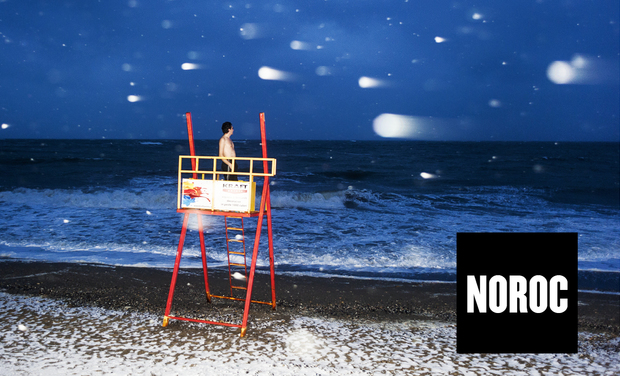 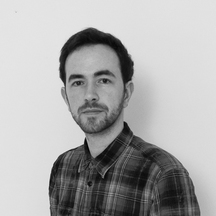 Noroc: a photobook that explores Romania !

In Romania. ‘Noroc’ means both ‘good luck’ and ‘good health’. You say it when you drink a toast and when you leave.

Since 2009, I regularly travel in Romania. Most of the time hosted in private homes. Over the years I managed to meet people and gather images by traveling all around the country. The idea of making a book is getting more and more relevant.

In 2014, I started to collaborate with the Dutch designer -SYB-. Step by step we design the book. One year later after few dummies and cappuccinos, we are pleased with the result.

Today, I’m proud and happy to introduce you the book.

With your help, I hope to self-publish it in November 2015. The book presentation will be organized by the Tipi Book Shop during Paris Photo at Polycopies. The launch will take place in Brussels in this same bookshop devoted to self-published and small publishers photography books. News section will be updated as soon as I know the dates.

The book consist of a series of photographs and 4 triptychs foldouts each with a short story. It will include 84 color pages and a Swiss binding.

My starting idea was pretty simple: picture a country of Eastern or Central Europe that recently became member of European Union. The only condition was to be hosted by inhabitants to be immediately immersed in the local culture.

A first opportunity showed up in Romania. Marta and his family accepted to host me for three weeks. I made my first trip in 2009, in Horia a small rural village in the Moldova province of Romania.

Starting the second travel, my ‘objective reportage’ photography transformed into something much more personal. I was searching a subtle and circuitous way to show things. I begin to focus only on the surroundings and the people who hosted me. This allowed me to have more time to think and build the image.

My interest started to increase for peculiar and confuse photographs. Particularly ones that tend to create a loss of bearings. The photographic approach is documentary based but playing with images and the series allow me to add a fictional and incongruous layer. This create a more suggestive narration but the presence of raw clues make people free to interpret.

« When one thinks about it, what astonishes us about NOROC is not, in itself, particularly extraordinary. The subjects that startle us are quite commonplace, albeit here exhibiting the slight differences that make them seem anomalous. It is Van Turtelboom’s eye – a sort of lightning rod for ambient incongruity– that is the catalyser for the scenes that transpire.

Cognitive dissonance is a constant in his photographs. Indeed, while we are not surprised when we don’t understand things that are remote from our experience, we are conversely made anxious by an enigma involving anything that appears to be familiar.

The photographer keeps us on a tightrope that traverses the fine line between what we believe we know and that which seems strange. He has the power to convince us to follow him despite our vertigo and the loss of any points of reference. By means of his photography, he warns us that the world’s logic is nothing but an optical illusion. The time has passed for judgement: now we need to learn how to live a nomadic life in a sensory no man’s land. »

« The subject is handled as a contemporary documentary that by refusing formalism, introducing a reflective distance and mastering spaces and colors induces a reading. No demonstration, no proof, just an organization articulated with rigor that only photography can produce. Here photography is only a tool fading behind the point of view leaving it even more effective. Cédric Van Turtelboom through his pictures simply asks us to consider the world as odd that we might suddenly find it. »

Throughout the development of the project, I applied many contests where ‘Noroc’ has been highlighted. In 2010, the project was amongst the finalists of ‘Magnum Expression Award’ organized by Magnum agency. The next year ‘Noroc’ was selected for ‘Young Belgian Art Prize’ and exhibited at the Center for Fine Arts in Brussels. In 2012 I made an exhibition at BlankPaper in Madrid. Two years ago the project was finalist and screened in Voies Off during Les Rencontres d’Arles.

Since 2009 I self-finance this project but the production of a book is an expensive process that I can’t support entirely by myself. Therefore I’m asking your help through this crowdfunding.

If the campaign reaches the goal, the book will be self-published in November. Right on time for a presentation organized by the Tipi Book Shop during Paris Photo at Polycopies.  The launch will follow in Brussels soon after. A solo show at Contretype in 2016 is already planned. Others will probably follow and be listed in the news section.

I choose to self-publish the book to have the full control on the final result. It is also a way to introduce and share the work in a direct and transparent manner.

The design was created in collaboration with Dutch designer -SYB-. As you can see in the pictures below, a paper dummy has already been printed. The definite version of the book will be better printed and binded. There will be a softcover with silkscreen printing.

The specifications of the book:

Total cost is 12085€ including design, lithography, translation and printing. I already paid some costs related to the early stage of a book production process. 8000€ still need to be found. Those funds will permit the production of the book.

-The special edition of the book offers a small customization and is limited to 200 copies numbered, signed and dated. This is an exclusivity for KissKissBankBank.

-The printing of pictures will be handled by a photographic laboratory specialized in pigment print.

-The signed but not numbered prints will be printed on a 270 gr photo paper.

-The prints on ‘baryta’ paper 300 gr are limited and numbered. This paper is made of a special barium sulphate coating and ensure a high quality printing but also offer the possibility of a long archival period.

>Images may be selected from ones above. Contact me (or I will contact you) to tell me which one you want (A,B,C etc..)

>The numbering will begin at number 1 and will be based on a first come-first serve basis of backers. Each picture has a limited edition according to the format (19, 15,11,7 ex.)

A big thank you + inscription to the newsletter of the project

A big thank you + 3 postcards

Special edition of the book with a small customization and limited to 200 copies numbered, signed and dated + 3 postcards

Special edition of the book limited to 200 copies numbered, signed and dated + this 13X18 cm print (A) signed not numbered printed on photo paper 270 gr. + 3 postcards

2 copies of the special edition of the book (one for you the other for gift, perfect for Christmas!) + two 13X18 cm printed on photo paper signed not numbered + 6 postcards

Special edition of the book + one 15x21 cm limited baryta paper print (max 19 ex.) numbered and signed. Printed on archival baryta paper. Image to choose from ones in the description + 3 postcards

5 copies of the special edition of the book + you name or company logo listed in the book as partner of the project + 2 40x60 cm limited baryta paper print (max 7 ex.) numbered and signed + 3 postcards