Is a documentary about Jardim de Gramacho's community, the habitants and the vision of the kids, through the pictures they take. 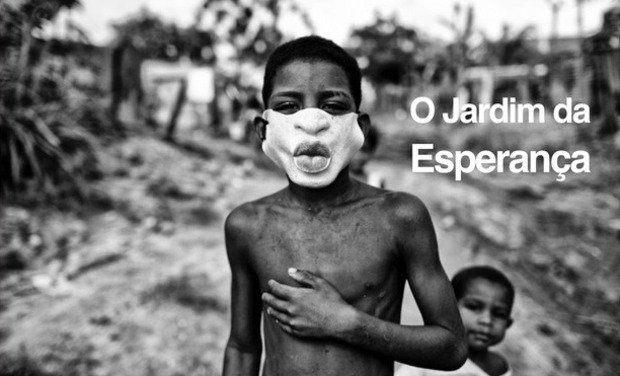 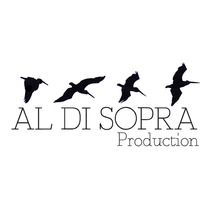 On the eve of the Rio +20 global conference on environment issues, the Brazilian government decreed the closure of the largest open dump in Latin America, Jardim de Gramacho, an open wound in the cidade maravilhosa, City of Rio de Janeiro, an expanse of waste and garbage, unacceptable in the city that will host the final of the FIFA World Cup in 2014 and the 2016 Olympics.

But this garbage, the product of Brazil’s economic growth and of the 50 million Brazilians who have discovered the consumerism these past seven years, is not just garbage. A community of rag pickers called “les Catadores”. Men, women and children, whole families live there, and have transformed this unhealthy space into a business, a way to meet their needs, a fight, an opportunity for them to hit back, to change, to believe that poverty is not their inheritance and neither is it their children’s. The pickings of the rubbish heap had become for them the way out of the landfill.

This closure has upset the balance. The municipal trucks are substituted by rare trucks that keep coming to the landfill now illegally but it’s not a viable alternative. What can be done? Leave, without means, with nowhere to go to..? The future of les Catadores, their hopes, their options, seem to have disappeared.

Extreme poverty has always been a reality in Jardim de Gramacho. Some associations have been fighting this state of affairs. Since August 2013, TETO Brazil since has launched a volunteer program in Rio. Teams build transitory houses, to allow families to live better, with dignity and to participate in community life.

In the end, jardim de Gramacho is not just a landfill. Jardim de Gramacho is also a community, made of people who are using what we don’t use anymore to get themselves a way out. We decided, through this documentary, to give them a voice. Beyond capturing scenes of everyday life, our goal is to share the voice of a handful of people. Through their daily lives, they will explain their joys, their dreams, their sorrows, their suffering, their struggles, their country, Brazil “que nunca desiste”

The Director’s statement of intent:

I have been going to Jardim de Gramacho for several months now. What was in the beginning a professional assignment has become a voluntary choice, the same choice I did in 2011, after the Haiti earthquake. We have this reflex of trying to offer solutions, and I learned to fight this. I now prefer observing, soaking up what I see and putting the daily lives of ordinary people into perspective. The camera then confers dignity; it lets them express their struggle and pride. At the end of the day, they as much the director as I am.

An adult point of view will be mixed with the look of a handful of children who play at being photographers, as they explore and play out their own Jardim de Gramacho. Give them a camera, teach them how to use it, follow them as they roam their community and let them reveal their reality, their tenderness, and their hopes through photography. Then put together a touring exhibition of their images in order to valorize them through their artistic creation.

The idea is to start filming as early as next April, as the volunteers from TETO start rebuilding and to film what the community thinks of all this turmoil.

In a country such as Brazil, which is wealthy, I ask myself this question: how can an entire community be left to itself this way? One year after closing the Jardim de Gramacho landfill, the community has been left withour any viable solutions. Little training has been offered to help former “Catadores” (pickers) find a decent job, and hardly anyone has been compensated for losing their job, although such compensation was promised…

What is worse is that where the legal landfill was closed in the run-into Rio +20, bin lorries carry on dumping rubbish daily in the community, in illegal fly dumping sites and right in front of their houses… a state of affair that nonetheless means a job for some.

As of today, the Brazilin government has decided to close down all illegal open air landfills in the country in 2014. What will happen to this already impoverished community?

A Jardim de Gramacho Forum has been set up, a gathering of various associations, but the majority of people turns to their local churches for food aid and moral support, perhaps hope.

Many families, often quite large, are now broken, the children being sent away to other family members for lack of space and resources at home. Houses have no running water or sanitation. Drinking water is available only 4 days per week in the main street. Families the store water in large plastic tanks in front of the house, often in direct sunlight. The water used for washing clothes and doing dishes is drawn straight from the ground, beneath the accumulated garbage, and is totally unfit for consumption.

On the world cup's eve, two years from the olympic games in which millions are invested in equipment some of them being  ephemeral or linked to tourism, thirty minutes from the Ipanema and Copacabana beaches is community of Jardim de Gramacho,people who live among detritus and made a living from it .Did we shut off their hopes by closing the landfill ? It's them I want to talk about, they are the one who want to express themselves to make us understand that the landfill land can be a garden, an unhealthy garden but a garden from which some future might come to the surface.

Laurence went to Gramacho for a couple of months to take pictures, to bear witness to the everyday life of the people who had made their home of Gramacho landfill and to join the progress of TETO’s home building program. This rogram will start again in April. This will be the perfect occasion for our team to shoot our documentary, and give Gramacho’s people a voice, to be the silent witnesses of an event filled with of hope: the construction of new houses in Gramacho. Moreover, we want to allow the children there to get involved in the documentary by taking pictures of this momentous event.

We started by contacting each and every organization that would be willing to help our project to being seen by the greatest number of people and to help it being shot in the best possible conditions. However, this classic type of fundraising usually takes a long time. The problem is that we do not want to take the risk of waiting for this to happen to start shooting, because we might not be able to shoot a TETO operation before the following year.

In order for this documentary to happen, we need a small crew of four (director, camera-man, second camera-man and sound-man) t o spend three weeks in Gramacho We set a budget that corresponds to the minimum funding needed to start shooting our film.

This is how we set our budget:

If the money raised is more than the minimum we ask, any extra will allow us to shoot the documentary in an even better way, by renting better quality material, by creating exclusive theme-song, or hiring a graphic artist to create a beautiful presentation of our project.

Our project depends on you! Thank you all for your support, and don’t hesitate to spread the word. We promise you a very beautiful film!

My photographic work, is built around social and urban documentaries, but also portrait. Documentaries are this extension of my passionate work. Beyond the look, my look, I want to give a voice, to confront their voice to my work. My passion for photography always pushed me to work with children, to teach them basics, how to use a DSLR, and then letting them using the device on their owns. Jardim de Gramacho community touched me so deep that realizing a documentary about their lives became obvious. Mixing their testimonies to the look that the children got on it. And them to share this experience with you .