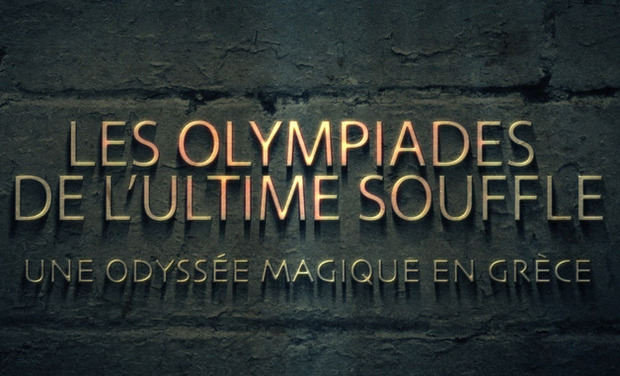 Hors Humain is neither an artist, nor a poet, nor an acrobat. He is a “creature”, a unique being who travels in infinity, as Daniel Mermet correctly stated on the France Inter French television channel. Born on 13 January 1944 in the Halle (Saale) labour camp, amidst devastating bomb blasts, Hors Humain’s childhood was punctuated by a series of respiratory convulsions that should have proved fatal. Through his incredible determination to survive, he discovered the traces of the Ultimate Breath, that electrifying black hole, the final wave of every kind of respiratory daring. At the age of ten, Hors Humain lay down on a railway track and waited for a train to come along “just to see what would happen”. This was the first link in a long chain of feats of daring. In 1984, at the age of forty, equipped with the Ultimate Breath, he beat the world thermal shock record by diving three times from a helicopter hovering 13 metres over the frozen waters of Greenland (-2 Celsius). During this same period, he practised various forms of martial art and won all of his seventeen bouts. In the 1980s, with his “Combat Vital”, he led a group of people from all walks of life in nocturnal epic feats on the roofs and buildings of Paris. The book " Combat Vital" retraces the story of the author's feat in Greenland, his childhood, and the nocturnal wanderings of this ghostly group through the labyrinths of the French capital. Hors Humain is a writer and theatre performer and regularly calls on the forces of the living, in public in Paris, as was the case on 3 July on top of the arches of his Embassy, the famous and exceptional passerelle Debilly footbridge. His athletic feat in Greenland, the electrifying and symphonic forces of the Ultimate Breath, the magic and the myths in the depths of Loch Ness, where he plunged naked in search of Nessie: what better destination for all of this than Greece? Hors Humain is off to stage his own Olympics, to bring the magic and love of his Ultimate Breath to the children of a stigmatised country in distress, to discover the people behind the word “human”, out in the open. Hors Humain will take his kettledrum to locations redolent with history, where the ghosts of Ancient Greece lurk, following in the footsteps of heroes, poets and mythology: the Acropolis, naturally, Olympia and Delphi, Knossos in Crete, in search of his friend the Minotaur, or to those as yet secret, unique places known only to that distilling force, the Ultimate Breath.

The book "Vital Combat" retraces the story of the author's feat in Greenland, his childhood, and the nocturnal wanderings of this ghostly group through the labyrinths of the French capital.

“I, Hors Humain, fathered by Magma and born of a mother consecrated by lightning, am preparing a lyric, athletic, poetic and magic epic in Greece. A ghost by trade, cloaked by my alter ego on the raft of the Medusa, I will sing in the agora in Athens, in the shadow of Diogenes, accompanied by my opera kettledrum. I will orchestrate a respiratory symphony for the children of Greece, and in a swift transition, I will also make them skip with ropes in public squares to make the spirit of the air resonate. Born aloft by the winds of Heracles, I will perform my ghostly apparitions in the ancient tadia, asking the Greek population that the Gods of those special forces - the heroes and poets - return from their long absence to protect their ravaged Earth, which is dying.

This is a call for investiture.

I am asking these figures of Antiquity to be reborn in modern life through the sulphurous and unexpected magic of the Ultimate Breath and to grant this special energy to this suffering people whom nobody is sparing. My Ultimate Breath will be my Trojan Horse, to relight the Olympic Flame. My unique actions, transcending political divisions, exist only in the world of poetry, supported by wonder, courage and grace. This odyssey of the Ultimate Breath is scheduled to take place in early October. This unprecedented poetic event will be available on the Internet. After this Olympiad, bolstered by the forces of Antiquity, I shall also perform this winter in Paris in a theatre whose name I shall not mention.

MIRACLES ARE OF NECESSITY CONCEALED IN ACTS OF BRAVERY”

Excerpt from the book: “IMAGINOCRACY I – Dialogue of a Poetic Departure” ©Le Hors Humain.

World record holder for resistance to therml shock, three jumps from a helicopter into the icy waters of Greenland (-2 degrees Celsius) > Read more in "Vital Combat" published by Robert Laffont (1984)