Help me make a kid's dream come true : a concert to pay tribute to these singers fallen into oblivion ! 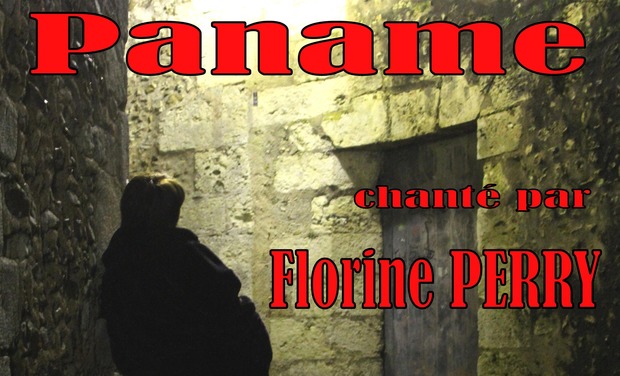 Ah, singing, music ... I fell in when I was little ! I dream of this concert for a very long time. It is important for me to pay tribute to Berthe Sylva, Lucienne Boyer, Fréhel, Damia, Marie Dubas and Suzy Solidor, immense realistic singers of between two wars.

It is the particular directory which speaks about the poverty of the streets of Old Paris ( Paname), disappointed loves, disappointment but also hope and frivolity with dirty songs.

Native of Saintes in Charente-Maritime, this artist began to sing very young. It is at home that Florine discovers the singing by listening to his father humming the songs of Jacqueline Boyer, Berthe Sylva, Edith Piaf and other realistic singers.

She is also passionate about the classical music by listening to and by resuming (by taking back) aloud the famous airs of opera interpreted by Caruso, Maria Callas as well as the music of ballets " the lake of swans ", " Break Hazelnut " or still " the Adagio " of Albinoni. Self-taught, her polishes up her voice, alone in her room, by interpreting Ivan Rebroff's airs, Elvis Presley. The attraction of the said songs of variety as Barbara, Jacques Brel, Maurane will come later, without forgetting the directory of the 30s which rocked its childhood. Music enchants her but the voices moves her.

At the age of 25, Florine sings during evenings cabaret on Rouen during 5 years. She has quite naturally the ease for this kind of service. Liza Minnelli's songs "Cabaret" and "New York New York"are in its directory. Stage actress amateur since the adolescence, she has no evil to appropriate the scene and to be played with her public. His attachment for the negro spiritual is visceral. She crosses churches euréliennes and bordering since 2001. She drew her inspiration from the South of the United States (Alabama, Louisiana, Georgia, Tennessee).

She participates in the International Festival of Gospel of Chartres in 2004 and 2005 with Marcel Boungou (Father Spirituel of the Gospel in France), Raymond Fonsèque (President and founder of the Jazz Club of France), Manda Djinn, Rhoda Scott as well as in Estivales of Chartres in 2004.

At the same time, the album "Reflets" takes out in 2004 ( French variety). She writes all the texts and Jean-Pierre Ménager composes the entire music.

In ardent supporter of the stage, Florine manages a troop amateur of cabaret during more than 10 years. Choreographer, director, wardrobe master, this " touch everything " spread to share the passion and develops at some love of boards.

She participates in the Fair of Bonville beside Sheila, Herbert Léonard, Jeane Manson in 2006, 2007 and 2008. Florine sponsors and opens the first charitable evening " Our angels " to Chartrexpo in 2007 as well as the first Festival " Bringuenbeauce " in May, 2008 to Bailleau Armenonville.

Besides the song and the dance, Florine is a novelist, a poet and also wrote and staged plays. Creator of original jewels and uncluttered clothes.

At the age of 4, Jean-Pierre enjoies playing its first notes on small diatonic accordion which brought him an inspired Santa Claus. Serious musical studies follow each other. He wins the highest awards of big national competitions. According to the councils of Marcel Azzola, he obtains the Price ORTF of the accordion..

Studies of harmony, composition and orchestration complete its musical luggage and the opening towards other instruments, in particular the piano. Begin then a career  as a guide of artist, soloist or conductor.

Jean-Pierre gets acquainted with creative André Tahon of the "Hobbies of Paris" with whom he will leave on tour for Italy, Austria, Switzerland, Canada and the USA. At the same time, he livens up hundreds of dances in all the regions of France. His orchestra occurs in the biggest casinos and he is often heard in the famous emission of Jo Donna "Inter Danse". He is then requested by the cruises Package and embark regularly on Massalia and Azure on all the Mediterranean Sea. Then Conductor on the liner Mermoz for prestigious destinations becomes: Sweden, Denmark, Norway, Finland, Iceland, Russia, Mexico, Colombia, Ecuador, Peru, Martinique, Guadeloupe and all the Caribbean islands.

Composer, orchestrator, he writes many arrangements for musicians who begin to interpret his compositions jazz accordion music. As musician, arranger or producer, Jean-Pierre participated in more than 40 albums. He composes at present for the image, the music of dance, the jazz and for several editions of sound illustration. Jean-Pierre also dedicates himself to its quartet Jazzmenko from which the last CD " les couleurs de la nuit" received the praises of the specialist publications.

Being very appreciated in the land of the rising sun, he leaves in Japan for the ninth time in July, 2014 but this time solo for a tour of 15 concerts. Eclectic musician, Jean-Pierre walked its accordion around the world and played in about 80 countries.

" ça fait danser la France " album which is the reflection of the revival of the ballroom dancing " Cartes Postales de Paris " album dedicated to the airs the most known for the Capital " Une certaine histoire de France en chansons" double album redrawing the songs which made the story since the Commune de Paris in 1871 until 1960 !

Synopsis of the concert :

The minimalistic decoration of a old Parisian suburb welcomes the singer for a retrospective of the 1930s.

Native of Bretagne. She arrives in Paris at the age of 16. Berthe Sylva will record 1000 songs including the famous "les roses blanches" and died in misery in Marseille.

Born in Paris 6th. She began her career as a young model. At the age of 16, Lucienne became a singer at the Athénée theater and then won contracts on Broadway. In 1930, she created the mythical song "Parlez-moi d'amour".

Born in Paris of one-armed father and a mother concierge incidentally a prostitute. Spotted at the age of 15 by the famous opera singer Belle Otero, she began her incredible career under the name of Pervenche (like the periwinkle flower).

Born in Paris 13th. At 15, she is an extragonist at the Châtelet. From 1908, she performs at pub and for her appearances on stage, she invents the concept of the black dress.

Born Paris 15th. She was destined singer but a vocal failure deprived her of her means and will have to turn to the whimsical song. Great actress of the song, she inspired Édith Piaf of 21 years her junior.

Native of Bretagne. She learns to drive in 1916 and will be in 1918 driver ambulance on the front of the Oise. Iconic icon of the homosexual milieu and muse of famous photographers and painters.

The organization of a concert pulls expenses. I have always financed all my projects (shows, costumes, CD...).

A few weeks ago, a friend on facebook defended in a video clip a project of artists in Mongolia.

This time, I want to be sure to go beyond the financial constraints to design a worthy show and at the height of the tribute to these great French singers fallen into oblivion, an integral part of the French cultural heritage.

I try my luck and appeal to your patronage!

- Realization and edition of posters and flyers of the concert  300 €

Thank you very much for your participation!