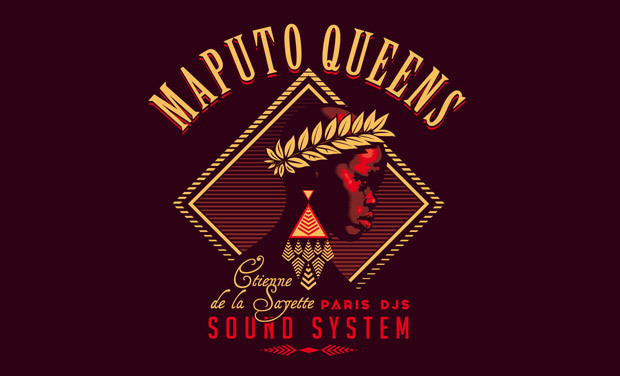 Today Internet subscriptions and hardware such as computers, smartphones, tablets, etc., gives you access to "all" the digitized entertainment in the world for "free". The amount of money spent into "being able to listen to music" by every music lover is gigantic, and the choice overwhelming.

Decades ago the music buying budget was tight, and buying records was fun. The fun was an essential part of the experience.

Thankfully, A financial revolution has happened, linking digital technologies to financial services, giving labels and artists access to new modes of direct-to-fan relationship, such as crowdfunding. While cutting off many middlemen, crowdfunding has been bringing the fun back into buying records, with its time-limited gaming experience, based on a direct relationship between the music makers and the music lovers.

During the past 18 months, Paris DJs has changed the way it was interacting with its followers, and experimented this new kind of fun, allowing the label to put out highly collectable vinyl pressings, CD boxsets, t-shirts, sweatshirts and posters — without any help from industrial or government funding — solely through friends, word-of-mouth, social networking, newsletters, bits of fun or self-parody in its advertising messages, and whole lot of elbow grease.

We're quite proud that Etienne asked us to release his album on Paris DJs.

Graphic designer Ben Hito did a fantastic job once again.

The music is fabulous.

Tell everyone around you about it. We need you, and all your music-loving friends. Let them know. This campaign should soon be followed by other ones, including one for the eagerly-awaited second boxset of 45s in the 'Vinyl Is Good For You' series, the RacecaR or the Grant Phabao Afrofunk Arkestra albums and many other surprises! So, to everyone who asked us when our new crowdfunding campaign will happen, it's here, we keep on keepin' on.

Composer/arranger/producer Etienne de la Sayette is a frenetic globe-trotter and a relentless collector of musical instruments. Founder and headhunter of, among others, the Frix and Baeshi Bang groups, co-founder/saxophonist for Parisian Ethio-Jazz band Akalé Wubé, Etienne might mostly be a live musician, he manages nonetheless to find the time for audio production, remixes and synch music. 'Maputo Queens' is his first solo album, a deep afrojazz masterpiece for thoughful moods and after-hours atmospheres, with some masterful blends of spices from all over the globe.

Opener 'Take A Second' featuring American MC RacecaR is one of the two tunes with vocals on this long player. In the footsteps of the other Paris DJs recordings of the rapper, those are uncharted territories for him, nothing "natural" like a minimal or a boom bap beat, but polyrhythmic jazz instead, on which the rhymester becomes even more of a word playing & world playing poet. 'Maputo Queen' got its title in memory of an epic night (with Etienne's collaborators in the Akalé Wubé band) at Maputo in Mozambique. Blending an array of vintage synths and flutes with old school electro beats & claps from an antique Univox drum machine, this tune is a psychedelic waterfall. A kind of afrobeat with some cheesy beatbox, trippy saxophone & keys improv all along. Epic indeed.

'Jungle Blue' is a racing short story told by the dynamic drumming of Arnaud Lechantre, with a baritone sax and a small family of vintage keyboards as the main characters. Groovy, cool and soundtrack-ish, the tune is also an indirect tribute to the 'Tarzan' rip-off 'Rey Del Amazonas', an hybrid exploitation B-movie from 1978 also known as 'Jungle Blue'. Think jungle craze from the late 70s, think crime thriller music, think of explorers hunting for fortune in the deep forest, getting lost by mind-altering Ayahuasca into a drug-induced dream… The vinyl A-side closes on 'Mafa Doubou', an animist gospel track that wouldn't be out of place in an animated movie with its relaxed joyfulness, some soothing saxophone, flute, keyboards and percussions tangling up one after and over the other like feel good cartoon characters. 'Mafa Doubou' is actually a guardian spirit among some tribes of Paris' 10th district...

The minimal and intense 'Han Gang' could have been extracted from the sound recording of a macabre motion picture. Its desperate mood is build on small "moktaks" polyrhythms. The moktak is a Korean wooden percussion instrument that creates one of the most natural sounds, mainly used in Buddhist temples, either for summoning the monks to the rituals or to keep the rhythm during sutra chanting. Etienne de la Sayette is sophisticly calm here, digesting music from the preceding generations of various continents into a dreamy soundscape unheard before.

STREAM A 7-TRACK SAMPLER FROM THE LP ON SOUNDCLOUD :

'Feeling You', which opens the vinyl LP B-side, is a rework of a Grant Phabao production with Californian singstress Afrodyete (from The Breakestra). The original afrobeat tune is gone, replaced by a thrilling clavinet & clavioline-led funk piece. Hot stuff!! 'I'm So Cool In Seoul' is a spiritual jazz delicacy connecting Addis Ababa, Paris and Seoul. The soundtrack to a very pleasant, relaxing road-movie. Close your eyes. You're in a taxi, in the streets of Seoul, Korea. It's the early hours, the day has just barely started. The sun is slowly rising to some deep, soul jazz funkyness. In the background you hear some Zimbabwean mbira… when suddenly, out of nowhere, 'Lord Bougainvillard' arrives on the scene. The mbira is still playing, but the scenery has morphed into a kind of out of hand chamber afrobeat paying homage to an imaginary explorer. Or is that Etienne de la Sayette messing with your mind?

Well, confirmation comes with the playful 'Z-Man Boogaloo', a direct tribute to a character from Russ Meyer's most excellent 'Beyond the valley of the Dolls'. The rhythmic pattern is a reproduction of some naive ones found in an antique Korg drum machine, replayed with real instruments. An instrumental which should appeal to the inner child inside of you. Album closer 'Post Card' brings the listener back to a deep smokey jazz vibe. This Unidentified Musical Object floats freely and in weightlessness like a particle of dust snatched by a sun ray. A perfect dreamy counterpoint to the more uptempo tunes of the album. When it ends, open you eyes, and play the record over again. Search for the details. It's all in the details. Out there.

All instruments by Etienne de la Sayette, except :

Don't forget to add the shipping costs to your contribution. We tried to calculate them fair. We'll also need the address to send your package to once we get the CDs and vinyl pressed, and the shirts manufactured.

If in Paris (or planning to be in Paris in the coming months), don't add any shipping costs, instead get in touch and let us know at which record store you'd want us to leave your selection, or come give us a visit.

Sweatshirts are rather "slim", rather close-fitting. Choose one size over your t-shirt size for the sweatshirts.

If you want a different color than black, don't hesitate to get in touch.

Etienne de la Sayette & Paris DJs have funded entirely all the music production, from composition & recording up until mix and mastering,

- Shipping fees will be an approximate 800€

That's a total cost of 5.600€. So if everything goes according to plan, we'll have 2.100€ left to fund ourselves. Of course, the more you'll support us, the fastest we'll be able to come back with new music. As Louis Armstrong used to say: "our music is a secret order" !

What will we do if the amount we'll raise exceeds the goal ?

Our previous crowdfunding campaigns over reached their goals, with the additional money we added a 30cm insert to the first and second vinyl LPs, and a free CD for every one who participated in the second campaign.

For the third one with the 15 CDs, 3 Boxsets and 3 T-shirts, we could only add a black color inside the boxes, and full remastering for all 15 CDs. Many problems along the way made us delay the production and manufacturing by 3 months, very interested distributor never replied and in the end we still haven't made a cent yet.

Hopefully this new one will go smoothly, we'll raise a whole lot more than what we need and we'll be able to add some cool goodies to all the packages of our backers.

We've been talking about it for months, it's high time now we do stickers and magnets. But if we really exceed our goal, we'd like to pay Etienne to do more songs and remixes just for our crowdfunders!

Thanks for your support ! Thanks again for those who keep on coming back !!

CD PACK + an exclusive Paris DJs mix on the theme of your choice, selected, & mixed by Etienne de la Sayette just for you, mastered in WAV format by Grant Phabao and pressed on a CD. The CD and the additional CD will both be signed by Etienne / 250€