Support our documentary and learn all about 22 Drag Kings! We’d like to have our French film subtitled in English. 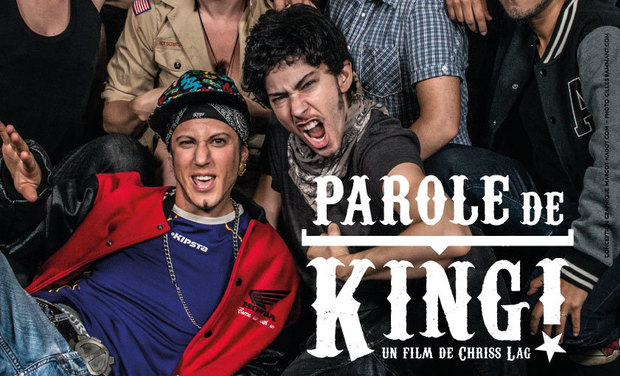 Drag Queens and their cabaret shows are well-known in France, but Drag Kings still remain very much on the sidelines. This film follows 22 Kings from all over France as they work the stage and lead workshops, always bringing fun into their artistic and political approaches. It’s hard to argue that gender isn’t literally a social construct after watching these Drag Kings explore the codes of masculinity and carefully deconstruct their own feminine codes.

What’s a Drag King? – Someone who plays with the codes of masculinity, who performs as a character during a show, a party, a workshop or more.

By supporting Parole de King!, you can help put these fantastic people front and center, and allow others to enjoy their performances and be inspired.

Why did I make this film?  Drag Kings have been on my radar for years, but mainly through films and photos of American performers. The first time I saw Drag Kings onstage in France was in 2004, when the King du Berry performed in Paris. I was first taken in by the fun and playful aspects of drag and loved how believable these performers were as men.  In 2007, while working as a journalist, I crossed paths with the artist Louis(e) de Ville and the documentary Louis(e) de Ville, Portrait of a Bad Girl (48 min) was born. I followed her across Europe and noticed how much her approach to drag caught the public’s attention, how it drove them to think and ask questions. This led to very interesting conversations with people from all walks of life.  I felt compelled to meet and film other Drag Kings throughout the country, which led me to understand just how different their approaches, their lives and their end goals were. This diversity of experience allowed us to make a film that presents a wide variety of perspectives.

The team behind the film

A filmmaker and journalist with a background in film and advertising studies, she began her career as a movie columnist on the radio. She then worked with magazines, websites and web TV channels as a journalist and photographer. Her fiction and documentary films have been broadcast on Canal+ (a popular French premium cable channel).

She has worked as an editor and screenwriter for over 30 films.

His photos, live shots and posed images from cabaret shows, are shown in the film. He also made 11 wonderful series of portraits of the film's Drag Kings that we can use for posters, calendars and various promotional purposes. His work as a photographer reflects what's important to him as a person. He sees these Drag King portraits as a way to introduce levity in a falsely binary world.

Everybody on the team works as a volunteer, but we sometimes need to call on external service providers, buy small equipment, travel, etc. These small costs can quickly add up to alarmingly big ones!

We need you so that this film can be seen beyond France's borders. This means it needs to be subtitled, which entails additional technical costs.

We could translate the film into additional languages and have more means for distribution.

500 € - Embedding of English subtitles and creation of new screening formats