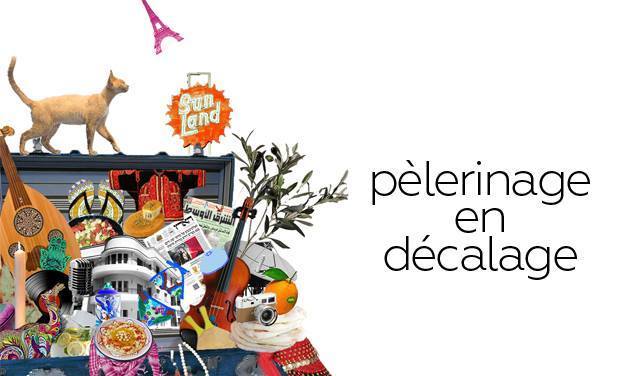 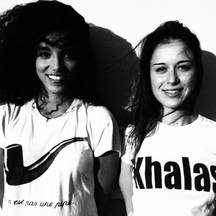 You want to know how this project started and why we decided to organize an Israeli-Palestinian festival in the first place?

All the answers are in the following video:

Good things come in threes (and more of course) :

We are now organizing the festival's third edition, thanks to you, your support, your presence, your motivation, your feedbacks and your advices.

The third edition will take place on June 4th and 5th at la Bellevilloise, our favorite venue, across three spaces and floors:

-       The Forum (for exhibitions, workshops and brunch)

-       The Loft (for screenings and various art performances)

The program of the third edition has already been decided but we will wait a bit before making it public.

In 2013, a great deal of people tried to impose upon us that we shouldn’t organize such a festival, that it was crazy, impossible, or even worse, that it was useless... Nevertheless, this so called illegitimate, impossible and useless festival gathered more than 1 200 people in 2014, 2 600 in 2015 and more than 50 artists over two years. A lot of "crazy people" have been therefore part of the adventure over the last 3 years and that's why this project is only really just beginning !

Screening in the Forum of la Bellevilloise (JR's Holy Triptych in the background).

Small break on the Bellevilloise's terrace.

The festival will soon celebrate its third anniversary! The festival has grown a great deal, a lot happened since the beginning of this crazy adventure, it’s therefore a perfect time for us to do a quick reminder about Pèlerinage en décalage.

Two days of multidisciplinary artistic performances where we invite 30 Israeli and Palestinian artists to Paris. This event is co-created intuitively with the artists, their life stories, experiences, aspirations, and visions.

What we seek to showcase is not only art that we look at but living art. We do this with the help of the artists who bring their stories, feelings and talent to exchange with a Parisian audience. This festival is a way to face reality and identify nuances, by and through art.

This festival has not changed the world and it has not brought peace but it offers something new, something disturbing, and surprising that throws us off balance. Thus, this festival has made a tiny mark between war and peace, by allowing us to consider words, ideas and images that do not work in pairs.

It is a festival that asks questions, offers and provides options, exposes nuance and presents thoughts through artistic experiences. This festival does not necessarily give any answers but it does raises many questions, and that cannot be a bad thing.

It is an independent space, politically and financially, where we can address all topics and especially the most sensitive ones.

The festival IS NOT:

A negotiation table or an artistic Oslo agreement. Such a thing has never been claimed and it never will.

A miracle solution to a conflict that has lasted for decades and does not look like it’s going to end anytime soon.

A festival where artists are forced to shake hands and love each other for two days before returning to a harsh political reality.

Basically, this festival is neither sadly desperate nor foolishly naive, that is why it is an important event and that is why we are counting on you to keep making it happen.

Meeting with Tamara Erde, director of the documentary This is my land, debate lead by Global Potential.

The first edition was funded 100% via the internet through our KissKissBankBank campaign.

The second edition was financed through our second KissKissBankBank campaign, seven independent donors, and a 5 000 euro grant from the City of Paris.

Notice to donors: since we are an association of law 1901 (a type of charitable organization), we deliver CERFA and you can therefore benefit from tax deductions.

Each year, we launch a crowd funding campaign and are counting on your support to make sure that the festival stays independent, rebellious, passionate, quirky and free! All the artists are volunteers, but we rent the venue, pay for the artists’ visas, plane tickets, stay in Paris, instrument rentals and printings for teh exhibitions and workshops.

Your money will therefore allow us to purchase the plane tickets for all the artists early before prices increase.

Apo and the Apostles on their way to Paris

To summarize : we need you and are counting on you !

Your name in the list of donors that appears in the festival’s annual video.

Your name in the list of donors and hand-written thank you postcard+ the 2016 sticker.

Your name in the list of donors, a hand-written thank you postcard, the 2016 sticker and one “Révolte, Liberté, Passion” notebook designed by Odelia Kammoun.

Your name in the list of donors, a hand-written thank you postcard, the 2016 sticker, a the “Révolte, Liberté, Passion” notebook designed by Odelia Kammoun + a CERFA tax form for tax deduction.

Your name in the list of donors, a hand-written thank you postcard, the 2016 sticker, a the “Révolte, Liberté, Passion” notebook designed by Odelia Kammoun, a CERFA tax form for tax deduction + 1 entrance to the festival’s club party in June.

Your name in the list of donors, a hand-written thank you postcard, the 2016 sticker, a the “Révolte, Liberté, Passion” notebook designed by Odelia Kammoun, a CERFA tax form for tax deduction, 1 entrance to the festival’s club party in June + an invitation for two to the festival’s VIP cocktail in May.

Your name in the list of donors, a hand-written thank you postcard, the 2016 sticker, a the “Révolte, Liberté, Passion” notebook designed by Odelia Kammoun, a CERFA tax form for tax deduction, 1 entrance to the festival’s club party in June, an invitation for 2 to the festival’s VIP cocktail in May + a face to face meeting with the artist of your choice.