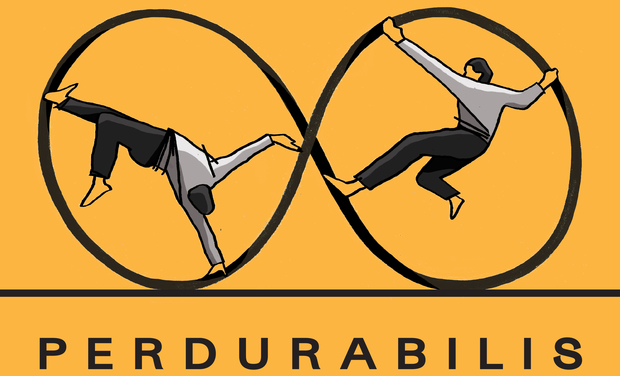 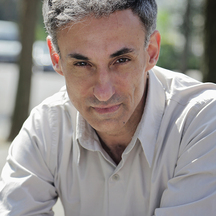 PERDURABILIS is a choreographic project performed by two dancers with an acrobatic apparatus. The title evokes continuity and refers to that which endures over time. For this piece, I intend to work with performers who have experience in both circus performance and dance. I’d like to explore the possible points of confluence between not only the different types of body language but also between the different types of imagination that each of these techniques conveys on stage. The piece will be designed in such a way for it to be performed in a variety of spaces and for vastly diverse audiences. The set design is light and easy to transport and adapt to different conditions.

With this piece, I seek to reaffirm the act of building an inclusive culture in the image of my host country, Belgium, where multiple aesthetic tendencies—ones not often found together—coexist. My proposal stands at the crossroads of different disciplines and artistic movements, combining most notably the fields of classical music, circus, and contemporary dance in an open and welcoming approach aimed at bringing together different types of audiences. With this act of inviting a diversity of audiences to mix and mingle, I’d like to surpass and break away from a certain artistic “communitarianism” or exclusivity that currently exists. I seek to spark the kind of curiosity that institutions do not always make room for given that, from what I’ve witnessed, each one caters to their own specific audience. After all, the very shape of the infinity symbol—which is central to this piece—embodies the connection between all things.

The apparatus, which is inspired by the Cyr wheel used in circus arts, can hold two people. This Cyr ellipse goes into perpetual disequilibrium as soon as it is set into motion. The two dancers are invited to meet in the interior of the structure as well as around it, to explore their potential all while blending various dance and movement techniques, eternally seeking consensus between themselves, the apparatus, and the space.

The apparatus was conceived and built by plastics artist and designer Willy Cauwelier (https://www.lachose.be/). Its ideal shape was determined empirically with the possibility of modifying it after the performers had worked with it during an initial stage, all with the goal of optimizing it for their use.

The work will be centered around notions of equilibrium, suspension, and balance. Various dance techniques will be enlisted with the aim of finding a symbiotic relationship between the object and the dancers’ bodies, a mechanic–organic equilibrium. The performers will be guided by the pendular movement that calls to mind the passage of time and its transformation. The dance could be seen as a tool that sculpts time and breathes an almost musical rhythm into it.

We will work with Frédéric Chopin’s piano Preludes, which consist of 24 short pieces lasting between 30 seconds and five minutes, each written in a different tone. The music, which will maintain an intimate dialogue with the two dancers, will serve as the impetus behind the creation of the body’s own score. The piece could be performed with either live music interpreted by a pianist or with a soundtrack, depending on the possibilities that each host location has to offer.

Thanks to its set design and aesthetics, this piece was created so that it could be performed in different spaces and within different contexts: on the street, in theaters, etc. The light scenic design allows for easy flexibility in terms of transporting the show. The alloy, so to speak, between a dreamlike universe and an urban one as well as the mixture of contemporary languages—hip hop and circus—make it an accessible format for a very wide audience. The piece may therefore speak more to an audience less accustomed to institutional dance events than one that frequents them regularly.

We decided to launch this project on KissKissBankBank because we’re in the midst of difficult times due to the COVID-19 pandemic and it’s had a devastating impact on a variety of sectors; this includes the arts and culture sector in general, and more specifically the field of performing arts. Subsidies are now harder to come by and artistic projects are suffering greatly. As a result of the large number of cancellations due to lockdown measures, many projects have been postponed and a priority has been placed on creating new proposals like the one described here. And it is precisely during a crisis such as this one that we need to invent new ways of giving artists opportunities to express themselves. That is why, rather than abandon this project, I made the decision to try to make it happen, despite all the hurdles in my way. The idea is to be able to create, after one month of work, a short-form version of the piece, a 5–10-minute choreographic clip to be shown to cultural programmers. This format will also be filmed and can therefore be used as an aide in seeking institutional partners. The money collected will be used to pay for the rehearsals of this clip, the dancers’ and choreographer’s salaries, the rehearsal location, the organization and presentation of the piece for the programmers, as well as the filming and editing of the video clip. It is therefore thanks to this format that we hope to find the funding needed to create this piece in its entirety.

More specifically, the funds raised for the first level will be used for:

You receive a customized post card PERDURABILIS with our logo.

You receive two exclusive signed pictures of the show, in addition to the rewards mentioned above.

You receive an exclusive video capsule that we will produce thanks to the fundraising, in addition to the rewards mentioned above.

You receive a customized PERDURABILIS key ring with our logo, in addition to the rewards mentioned above.

You receive a ticket for one of the show perfomances, in addition to the rewards mentioned above. If you live abroad and can't make it to the show, contact us so that we can find a reward that matches your contribution.

Attend a preview with the person of your choice, in addition to the rewards mentioned above. If you live abroad and can't make it to the preview, contact us so that we can find a reward that matches your contribution.

In addition to the rewards mentioned above, we will agree on a thank-you gift to match your taste! (watch, lighter, etc., personalized with our logo)