Help us launch the original series about the wine artisans ! 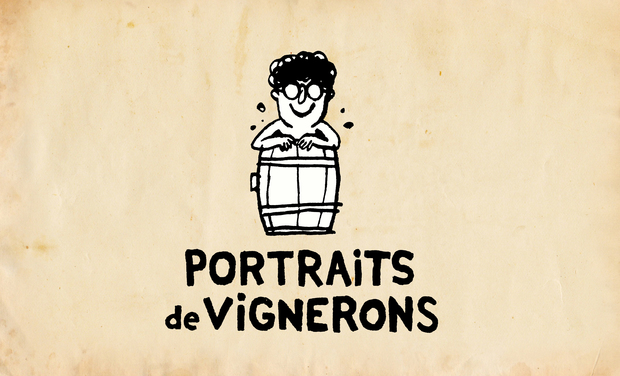 Portraits de Vignerons is the uncommon idea of a TV series that wishes to show the men and women who make today’s wines in a different fashion. Since wine is much more than recipes, we intend to show theses faces and personalities that usually stay hidden behind the labels.

(in French, but you get the idea - thanks to our friends at #QCQBM for the video)

Portraits de Vignerons stages 10 encounters between a wine producer and a young filmmaker. Our 10 episodes will be shot in the four corners of France, and in various european countries as well : Italy, Greece, Georgia. We’ll even travel as far as South America, in Chile !

Agricultural industrialisation, inherited from the previous generations, has finally shown its limits. There’s reason to be worried, whether we talk about health, environment, or simply about taste. However, a rejoicing and positive turmoil has been agitating minds for some time now.

Conventional winemaking has increasingly set of debate among wine lovers.Instead of defending any specific kind of product, the artisans of wine now embody alternative and healthier lifestyles, all at a more natural pace.

Such commitment and simplicity are worthy of praise. Time has come to show the faces of the men and women who create the wines we love.

From a shoulder-high point of view, we chose to give young filmmakers the opportunity to film their encounter with these winemakers. Armed with sheer curiosity and precision of the eye, they will bring genuinely moving and artistic images back for us.

World’s apart from the industrial standardization of the wines sold in supermarkets, the 10 producers we chose commit to a craftsmanly approach. Respecting nature is a part of how they apply themselves to rediscovering secrets long forgotten.

This search for originality brings out the variety of their approaches. From Chile to Auvergne and Burgundy to Sicily, it becomes obvious that these characters will only be revealed through their differences.

As Sébastien Barrier states in his book Savoir Enfin Qui Nous Buvons, when you taste their wines, you get the feeling that you can gaze at their faces and understand their work.

In a genuine encounter, each vigneron will be filmed by a different filmmaker. Imposing one cold, distant and unchanging vision to this variety of temperaments is out of the question ! The auteurs, revealed in the most notorious festivals, will have total freedom to use their own style and share their own sensitivity. This is the spirit in which we organized these “castings by association”, that will allow each film to have its own strong and unique personality, just as the winemakers themselves.

But you won’t discover them all. The two last winemakers will only appear in the pilot resulting from this campaign. This pilot episode will exclusively belong to our generous contributors.

The series' creator. His love story with vineyards and vintners never ended, since he launched the Bistrot Bancal, a wine bar in Clermont-Ferrand, France, with two pals in 2005. He then devoted himself to writing. Though he left his old counter from Auvergne, he hasn’t forgotten about the wine world. These Portraits are his tribute to it.

The series' producer. He grew up in Burgundy, only a few miles from Chablis, Irancy and Coulanges-la-Vineuse. He has since lived and worked in the USA, the Netherlands and Italy. He’s now an independent movie producer, sharing his life between Paris and Rome. He works as a festival programmer as well as a manager for writing workshops and residencies.

Editor and post-production manager of the series. His ten years experience as an independent and also at Caporal Films allowed him to work on numerous commercial and short fiction films and video clips, while he supervised advertising campaigns from A to Z.

Cameraman, cinematographer and globe-trotter, he put on his backpack and went filming “Sur les Volcans du Monde” (On the Volcanoes of the World) for the European network Arte. He is also one of the cinematographers of Pascal Tessaud’s Brooklyn, shown in Cannes’ ACID selection in 2014. All along the series, he will be responsible for the quality of the images. He also has a little surprise in store !

Our sponsor ! Winemaker at the legendary Domaine de Peyra until 2005, bistrot owner until 2011, Stephane keeps on transforming and now, he brings straight to our tables the delicacies he discovers in his travels. His intimate knowledge of the vines and his wise thinking nourished our work on Portraits de Vignerons since the start.

The complete budget of the series is estimated to 300.000 €. Il will be financed by television networks and other institutional sources (CNC, Regions…).

The amount of the campaign represents no more than 10% of the whole budget, but it comes at a critical stage, when the project is most fragile and therefore when your help is worth ten times that !

Your help is needed so that we can organize scoutings and schedule encounters between the wine artists and the film artists.

This work will give birth to a pilot episode in which our winemakers will appear altogether. This short film will be the first reward of your support. It will never be shown on television and will remain yours exclusively.

As it is, setting off to film in the free conditions of the documentary is already quite an adventure. What we propose is to do that ten times. Your support is vital so that everyone can be compensated according to the fair value of their work.

This is how the funding will be distributed :

The adventure is just beginning, every euro gathered will bring us closer to shooting the ten episodes of Portraits de Vignerons.

A bottle of the exclusive cuvee vinified by Patrick Bouju, only for our contributors + A big thank you in the credits + Vimeo link to the pilot episode + "Harvest Meal" Ebook + 2 "Portraits de Vignerons" exclusive stickers

3 bottles of the exclusive cuvee + 1 copy of the book Tronches de vin (volume 1 or 2) signed par the authors. + A big thank you in the credits + Vimeo link to the pilot episode + "Harvest Meal" Ebook + 2 "Portraits de Vignerons" exclusive stickers

3 bottles of the exclusive cuvee + 1 copy of the book Mimi, Fifi & Glouglou, by Michel Tolmer, signed by the author duringa special evening + A big thank you in the credits + Vimeo link to the pilot episode + "Harvest Meal" Ebook + 2 "Portraits de Vignerons" exclusive stickers

3 bottles of the exclusive cuvee + 1 œnotouristic stay at one of our winemakers' place, to see the vines, exchange, share his/her meals and taste the wines in the cellar + A big thank you in the credits + Vimeo link to the pilot episode + "Harvest Meal" Ebook + 2 "Portraits de Vignerons" exclusive stickers

1 dinner for two at Mauvaises Herbes, Stéphane Majeune's new place to eat, in Sens (1h from Paris) preapared by him and served with chosen wines + 3 bottles of the exclusive cuvee + A big thank you in the credits + Vimeo link to the pilot episode + "Harvest Meal" Ebook + 2 "Portraits de Vignerons" exclusive stickers

BIG DONOR COMBO ! 3 bottles of the exclusive cuvee + 1 œnotouristic stay at one of our winemakers' place, to see the vines, exchange, share his/her meals and taste the wines in the cellar + a four table knives box “Tableware’s not Dead”, by Roland Lannier, or 1 pocket knife “Why so serious ?” with engraved blades, exclusively for Portraits de Vignerons http://rolandlannier.com/ + A big thank you in the credits + Vimeo link to the pilot episode + "Harvest Meal" Ebook + 2 "Portraits de Vignerons" exclusive stickers