I photographed inside 12 Belgian prisons during more than three years, to give a testimony of real-life inside detention centers. 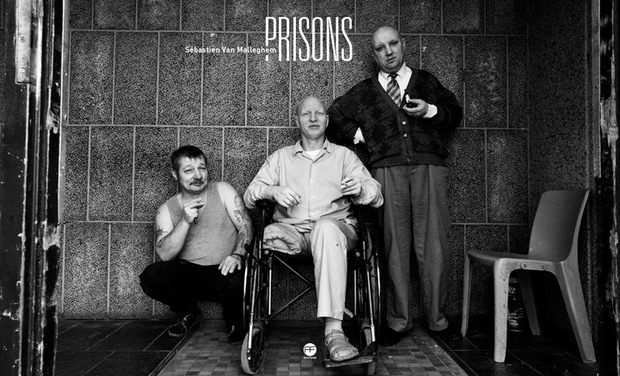 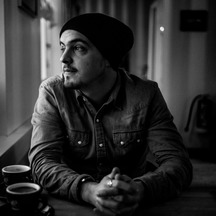 After completing my reportage about police and published my first book, it seemed essential for me to finish my second reportage based on the justice system by publishing a new book. It's with a real joy that I join the publisher André Frère to realize my new book "PRISON" whose release is scheduled for late June 2015. The book will include 208 pages, 4 cover pages to the finished size 21 X 25.8 cm connected, printed in duotone.

This work stems from a self-financed reporting on prisons that started back in 2011, during which I visited no less than ten prisons. This follows a several-year-long study of the Belgian police force and its actions in the field. Prisons aims at opening our eyes on inmates; casting light on the failures of an obsolete judicial and penal system which remains to this day inscribed in the country that taught me the ideals of justice and humanity. Why do we turn a blind eye on those broken lives? On those whose lives are ruined? These images show the cracks and, in this light, reveal the toll taken by a societal model bringing out tension and aggressiveness, amplifying failure, excess and insanity, faith and passion, poverty. They expose how difficult it is to handle what steps out of line, in a time when this line is more and more defined by the touched-up colors of standardization, of the web and reality TV. Always further from life, from our life: locked up in the idyllic, yet confined, space of our TV and computer screens.

Still, what is questioned here is not the need to put away and keep an eye on criminals. My pictures mean to condemn the archaic and opaque fence built around those men and women on the side, this wall eroding their humanity, under the pretence of crime, or insanity. This reporting means to show the misery resulting from being deprived of freedom and human relations, from being confined in cells worthy of gothic novels or horror movies, from failure too. Failing a real escape only to escape in drugs and unsound relationships. These baleful, distraught faces, victim and mirror of passions born in our urban theaters, are our dark side. Frightening. Reassuring also, in the emptiness left by an exile enabling oblivion, ignorance and self-satisfaction.

Because the principle of reality does not obey oblivion nor denial. Behind the closed doors of prisons, it imposes itself through cries of hatred, rage or despair. Cries that mingle with the steel doors slamming on overcrowded cells. It gives birth to children in filthy cages, within enclosures topped with barbed wire. It fans violence, favors psychological abuse, power abuse, smuggling, corruption and gives way, probably more acutely than on the outside, to the power of money. In prison, the principles of deprivation and punishment are emphasized: no contact with family members, no moral or affective support, no courtyard, extreme confinement in six-square-meter “holes” reeking of faeces, impregnating blind walls… To contain this growing violence, the explosion of these tensions, the State hires: the assurance of a steady job for an average wage… Prison officer: the assurance of a tiresome and disregarded job, sometimes dangerous and often too far away from home; the assurance of a monthly salary, for sure, but certainly too low to avoid corruption. Teachers: if crime runs in your veins, what hope is there for rehabilitation once you have paid your debt to society? Psychologists: the assurance of feeling powerless in front of a pathogenic system, a rotting administration, defiant patients, mentally retarded or insane. The observation made by a psychologist working in a social protection establishment (prison for those who have been judged mentally incompetent) is edifying: “Here, it’s the worst, you can’t go any lower in the social structure, for many it’s the end of the road”. Of course, there are always drugs available, the possibility to rent game consoles; addiction and irresponsibility in lieu of penitentiary assistants.

To reach these human beings, eight months of research were needed, eight months of requests addressed to a pretty timid administration, yet willing to spread images witnessing reality instead of ministers’ views and speeches. That reality is sordid; it affects the notion of “human being”, not through the question of crime itself, but that of the response given by society and by the judicial system, and the way punishment is carried out.

The letter from André Frère

Thank you for sending your work,

I see that the layout of the book is almost finalized, just needs a few adjustments, but what a power : superb.

I am very pleased that we can start the adventure and the realization of the work  "Prisons" which greatly impressed me. He referred me to a work of Anders Petersen which I published two books... he made photographs in psychiatric hospitals in black and white. I can see the same proximity with the subject, the same risk-taking in the will to dig the subject and get involved.

I am very pleased that this work has already been noticed by the press looking to the many articles published in France, Belgium, and the United States (L'OBS, De Standaard, TIME  etc.), and that he was recently awarded by the Lucas Dolega.

This will allow us to see "Prisons" exhibited in Paris late in the year. I also think that if we can get the book quickly, Visa Pour l'Image is sure to organize a signature in September in Perpignan.

Furthermore, participating in Arles Cosmos-Books of Photography in "Les rencontres d'Arles International"  in July. I strongly wish that we managed to produce the book for a launch at this great festival which this year has a special focus on the photography books by inviting fifty renowned International publishers . The deadlines are too short to submit grant application files and it would be essential that we can mobilize to find alternative funding to complete the book production budget, you had mentioned the crowdfunding, please dig it. It would be a shame to miss this appointment which is found all that matters more important in the world of photography internationally.

It became extremely difficult to finance a photo book, perhaps even more when it comes to prisons ... Because I believe in my story, in your interest for work and photographs, we collect the sum of € 8,000 which will help the creation of the book. Whose budget is as follows:

This collect will finance a part of the cost of production of the book, the participation of a sponsor and sale in bookshops cover the differential. If we go beyond the objective, then we can give the book some additional finishes such as printing of the three sides of the book, for example. THANK YOU !

Thank you + a postcard "PRISONS".

Invitation to the launch of the book "PRISONS" + your name on the blog « Prisons » added to the list of KissBankers who supported the project +3 postcards « PRISONS ».

Accès to the 13 minutes video of "POLICE" + Invitation to the launch of the book "PRISONS" + your name on the blog « Prisons » added to the list of KissBankers who supported the project +3 postcards « PRISONS ».

A signed book of « POLICE » + Invitation to the launch of the book "PRISONS" + your name on the blog « Prisons » added to the list of KissBankers who supported the project +3 postcards « PRISONS ».

A signed book of "PRISONS" + invitation to the launch of the book "PRISONS" + your name on the blog « Prisons » added to the list of KissBankers who supported the project + 3 postcards « PRISONS ».

Two signed books of "PRISONS" (one for you, one for a friend) which will be sent to you in July or come and pick-it up in Arles/ Perpignan/ Paris/ Brussels + 3 postcards + Invitation to the launch of the book "PRISONS" + your name on the website "prisons" added to the list of the KissBankers who supported the project.

A signed book of "PRISONS" + a 13X18cm signed print + 3 postcards + Invitation to the launch of the book "PRISONS" + your name on the website "prisons" added to the list of the KissBankers who supported the project.

A signed book of "PRISONS" + TWO 13X18cm signed print of PRISONS + 3 postcards + Invitation to the launch of the book "PRISONS" + your name on the website "prisons" added to the list of the KissBankers who supported the project.

The book "PRISONS" signed + a 24 x 30cm print, signed and numbered (15 ex) + 3 postcards + accès to the 13 minutes vidéo of police + Invitation to the launch of the book "PRISONS" + your name on the website "prisons" added to the list of the KissBankers who supported the project.

The book "PRISONS" signed + a 30 x 40cm signed and numbered print (15 ex). + 3 postcards + Invitation to the launch of the book + your name on the website "prisons" added to the list of the KissBankers who supported the project.

A signed book "PRISONS" + a 50X70cm signed and numbered print of your choice (7) + 3 postcards + Invitation to the launch of the book "PRISONS" + your name on the website "prisons" added to the list of the KissBankers who supported the project.

Your name as partner of the project (name + brand of your company) at the end of the book, you receive 15 books of "PRISONS" + a signed book + a 50X70cm print signed and numbered limited to 7 and Sébastien will be happy to come and meet you in Arles, Perpignan, Brussels or Paris.

Your name as partner of the project (name + brand of your company) at the end of the book "PRISONS" + a signed book "PRISONS"+ a 70X100cm signed, numbered, framed print, limited edition of 7 + 2 afternoon of photography workshop for you or your company in Brussels.