Please help us subtitle these films for the French audiences MIDDLE EAST: WHAT CINEMA CAN DO taking place in Paris from Nov. 20-29, 2015 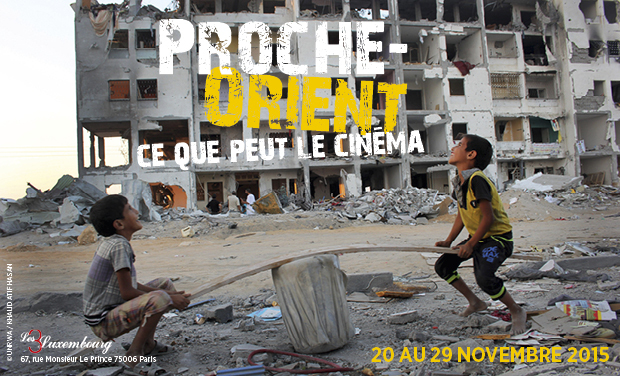 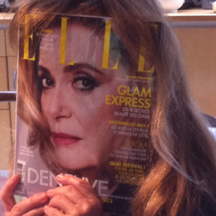 This biennial event was created in 2003. Now about to celebrate its 7th edition, Middle East: What Cinema Can Do will take place from November 20-29, 2015 at the 3 Luxembourg cinema in the 6th district of Paris on the Left Bank.

We selected close to 36 films – shorts and features, fiction and documentaries to be screened this year. In addition, each evening will feature a debate with a panel of specialists, filmmakers, scholars, journalists or historians.

While preparing this edition, we were once again inspired by all the courageous men and women who, in their everyday actions, in their writings and their films, say NO to the humiliation of others, NO to illegitimate violence, and YES to the right to live in dignity.

The Middle East is sinking into destruction and despair, so what exactly can cinema do?

We believe it can move European opinion, and even amid the noise and the fury of the media, incite each one of us to gain an understanding of other people(s). An image can be more telling and more forceful then any word, though it may sometimes need to be commented on in order to keep its meaning from being manipulated or distorted.

The Israeli-Palestinian conflict and the right of the people of Palestine to their land and to their own state remain at the heart of this event. Nonetheless, our selection of films also highlights the daily life and issues in other regions - Egypt, Iran, Iraq, Lebanon, Syria – and the impact war has had on them.

Our commitment and the network of collaborators established over the years have allowed us to develop a bond of confidence with many militant filmmakers who defend freedom and justice in their countries.

Our festival offers them an opportunity to diffuse their latest work, and also to meet and exchange views with other filmmakers confronted with similar social and political issues in their own country.

We dedicate this edition to those populations in the Middle East that have been and are currently subjected to insufferable material and moral destruction.

Here are the films by country

Libya’s political chaos makes its territory a land of opportunity for human smugglers. Thousands of illegal migrants end up forgotten, in one of the 19 detention centres.

Post Gaddafi, drifting cars become a national passion for young male Libyans. Mohamed loves his job in the BMW junkyard providing parts and mechanical advice to drifters. However the mix of guns and burning tire may just take drifting into another level.

Libyan women had so many dreams post 2011 revolution. Whatever happened to them?

The story of what happened to Libyan runner Tari Al Shibli when he revealed his tattooed independence flag after winning international race.

A caretaker for the national museum of Libya had to live the 12 months of anxiety and turbulence during revolution to protect the precious objects which are part of the national heritage.

The Allenby Bridge is currently the sole crossing point for Palestinians residing in the West Bank. Going through the "Allenby Border Terminal" is an exhausting, humiliating experience.

Filmed during the 2014 siege of Gaza, which left 507 children dead and 3,598 wounded, Born in Gaza follows a group of young children growing up in a war zone.

The last minutes of a mother and a baby, the 5-minute warning to evacuate, during Israel’s war on Gaza in the summer of 2014 and the intensive attack on the Shujaiya neighborhood.

Nobody knew it was there, silently sleeping as bombings rained over the Nawras Theatre during summer’s Israeli offensive on Gaza. Workers at the Brussels-based organization Music Fund found the Yamaha concert piano surprisingly alive, and began restorations in March, with the help of conductor and pianist Daniel Barenboim.

Buoyed by the other activists she meets along the way, 24-year-old Hend Nafea’s story mirrors the trajectory of the Arab Spring—from the ecstasy of newfound courage to the agony of shattered dreams. When she is arrested and tortured for demonstrating peacefully in Cairo's Tahrir Square, her pursuit of justice reflects post-revolution Egypt at an uncertain crossroads.

‘Fest of Duty' is a religious ceremony designed to instill Islamic beliefs and values in girls when they reach the age of nine and puberty begins. The film follows two adolescent cousins as they transition into adulthood eight years after their official ‘age of duty’ ceremony.

A seemingly normal car journey crosses from present reality into a recurring nightmare as Hamoudi, a young victim of war, relives his traumatic experiences. This film is based on real events that occurred in 2007 when employees of the private US security company Blackwater killed 17 civilians in Baghdad.

Zahraa dreams of going to school, but she and her brother Hassan must scour a landfill site for valuable materials to provide for their poor family. When a trade between Zahraa and the self-proclaimed "King of Garbage" goes wrong, the siblings' relationship is tested to the breaking point.

MEMORIES OF THE 2013 EDITION

Big thanks to the entire team

Your name among our supporters + a sticker of the 2015 poster