"I'd like you to contribute to the production of a musical fiction for the song "Protest" from my last album. With high artistic qualities and real actors on a natural set, this fiction aims to be a piece of art. This is a non-for profit project. Not for profit at all. It is "the story of a man approaching the end of his life who comes back through time to find, for a moment, the love he never experienced...". This is an ambitious project, closer to a short movie than a music video, which is far from the normal rules of the music business. But the rules are made to be defied, and I'd like to believe we can do it together..." 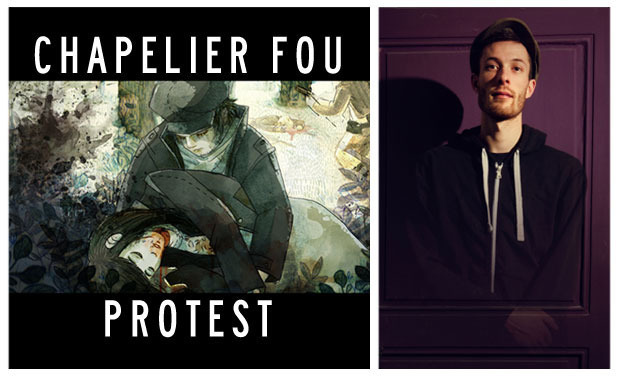 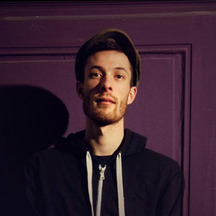 Over a short period of time, the outstanding complexity and rare song-writing work hidden behind Louis Warynski aka Chapelier Fou's elaborated and catchy melodies have revealed this mix of electro and more classical instrumentation, and established it as one of the most intriguing hybrids of the recent years. The revelation of french famous festival Printemps de Bourges in 2008, this eastern France unclassifiable artist brings a very personnel mix hip hop, electro and avant garde music. He quickly became a must in the underground scene in France and internationally with three EPs and his first album "613".

His work is said to be a curious mix in between Pierre Henry and Matthew Herbert, an unexpected synthesis of Kraftwerk and Michael Nyman.

Louis Warynski started to learn the classical violon when he was six years old, then the harpsichord. Really soon, he discovered the electronic music from Kraftwerk to To Rococo Rot and chose to work with unconventional bands to improve his musical skills. He explored the infinite possibilities of computing music, without losing his spontaneity in using the violon or guitor or vintage synths.

You really can't be delighted by this singular musician, claiming his art from Steve Reich or Moondog, and whose creations led you to to feel undoubtly troubling emotions.

On stage, this one man band suprises, even mazed, with his violin and invasive machines. He has convinced growing audiences everywhere in the world (Europe, Australia, Canada, China, New Zealand, Mexico, Turkey...) after a hundred of shows, from festival and clubs to unconventional places.

His new live show includes a light & video creation to increase the intensity of his musical pieces, and improving a very personal sensitive musical universe.

(direction : What Comes Around Goes Around)

"The style of Chapelier Fou, as unconventional and audacious as it is, ranks among what's most precious in France" (Longueur d'Ondes)

"Alchimist of the sound feeling" (Trax)

"A superb second album with a marked melancholy" (Elegy)

"A very luminous album, out of the hype, out of borders" (Abus Dangereux)

"Someone can do loops without faffing around. That's what prooves Chapelier Fou" (Tsugi)

"Invisible, a surprising mix of electronica and classic" (Direct Matin)

"As singular as he is, his art on 'Invisible' shows heights" (L'Etudiant)

With this new effort, Louis shows an almost disconcerting outcome resulting from his constant risktaking - Chapelier Fou keeps questioning himself rather than releasing ever the same patterns. But the central elements that forged his style are still here to be found. The numerous concerts given around the world have marked the musician, leaving sounds, clues and messages hidden all across the record, shaping a very mysterious ambiance, and making clear that this time, Warynski would draw inspiration from encounters, experiences and travel (a quick look at the songs' titles is enough to tell that, once again, each of them hides a central concept, and that definitions and meanings will have to be wormed out of Louis). As if echoing a career growing global, Chapelier Fou's music sweep frontiers away, speaking a universal language, that of emotions and sharing.

Matt Elliott, once again lending his voice to one of the songs ('Moth, Flame'), and Gérard Kurdian (This Is The Hello Monster) to the single 'Vessel Arches', both add to the various atmospheres and emotions, making Invisible sound particularly rich. But the wonderful instrumental pieces, Louis' very specific art, tends to be more and more personal.

« Shunde's Bronx » and its chinese orginal sound samples, « Fritz Lang » and its jumpy pizzicati or the psychedelic 9 minutes travel that is « Cyclope & Othello »...

"L'eau qui dort" and its sublime violin pattern was released last spring as a first music video directed by the Brighton based Theremin Collective. Here it is :

Now is the time to work on the song « Protest », with images from an ambitious project of musical fiction. You can hear the song here :

Guillaume Maidatchevsky and Elie Duponchel offered me to work on « Protest » as "a musical fiction", with a result close than a short movie than the classical music video you can see...

This is the Protest synopsis :

"Former resistance fighter, Ben is at the dawn of his life. While meditating in fornt of Ania's grave, he goes back in time, 60 years prior to the present, in the backwoods where he fought with this woman. But is it imagination or reality ? Ben may have the chance to live again this particular moment, whose end has dictated his whole life... How will he react ? Choose to do nothing or change history, his own history ?"

"To be honest, the scenario and the visual demands of this fiction needs high requirements in both the directors and my opinions. This project IS ambitious, and that's why it will cost A LOT. But we are all very very enthusiastic about it. And I really feel confident about how great the result will look like.

I have to say that not so much independant artists can allow to produce such a piece of art because of the high budget, and that's why your support is ABSOLUTELY ESSENTIAL for us to achieve it !"

Guillaume and Élie use to work as directors, writers for TV shows, documentaries, movies and music videos. This pair has a lot of experience and skills, and that's why I'm really confident about the project.

They also reunited a great team of experienced professionals for Protest, all with the aim to take up this challenge. They have the director of photography Jacques Ballard, the costume designer behind "Saving Private Ryan" and "Band of Brothers" and the digital FX post production team who worked on WoodKid, Drake or Lana Del Rey's music videos.

This project is the new collaboration of Guillaume and Elie, after some projects music and ballet dance oriented, like « Origin » or the documentary « Les Adieux » about famous ballet dancer Clairemarie Osta's very last performance of her carreer at the Opéra de Paris, also starring Nicolas Le Riche. « Protest » will be their sixth common work. Their next project « My First Film » (Capisco Productions) has already received the official support of the UNO for its contribution to the creativity and education audiovisual development.

Serge Merlin has confirmed his interest for "Protest", and will play the main character at the beginning of the short movie.

Possessed by the verb, he started playing for the movie theater with Andrzej Wajda in 1961. He also played for Alejandro Jodorowsky. Matthias Langhoff and Patrice Chéreau offered him great roles.

He is well known by the mass audience for his playing in Jeunet's "La Cité des Enfants Perdus" in 1993 and "Amélie" in 2001.

You can find more info about this great actor on :

Coming from the Riviera, Josua Hoffalt starts ballet dancing at the age of 8. He took class with Colette Armand, general manager of the Ballet National de Marseille, before joining in 1998 the school of ballet dancing from the Opéra de Paris. He won two medals at the International Ballet Competition - Varna.

He started dancing for the National Paris Ballet Opera in 2002 where he played alongside Aurélie Dupont. He became Star Dancer on March 7th 2012.

Josua Hoffalt will play the main character at the end of the musical fiction.

Born in Barcelone, Laura (prounced Laora) learnt theater, dance and music since its first age. Graduated at the Barcelona University, she worked in the production before coming to Paris in 2008 to follow Jacques Lecoq's school of theater classes. Graduated in 2010, she is the co-founder of the 38 CIT company. She worked since for many projects for the theater, TV, movies, music videos or short movies, for both french and spanish TV. Her acting skill on the Fulgurances project at the Musée du Louvre in 2010 was particularly famous.

The funds you will give to support the project intends to pay production of this musical fiction.

There's a lot of people involved on the set of the project, but also before and after in pre/post production. That's almost 50 people, and even they are really motivated to help us achieve the musical fiction, they're all professionnal and will get paid for their hard work.

We'll have all these people to feed, but what will cost a lot is the pyrotechnics (explosions, bullet fire), costumed stunts running in the mud, high tech cameras, and even a drone...

Why do you need all this money ?

"I see my music as a mix of traditional and modern, violon and vintage synth and computers and machines. We all like to see this same mix in the images, with real people and their emotions expressed in front of the camera, and also the newest cinematography digital techniques to catch beautiful slow motion images.

This kind of alchemy is a hard work, and it has a price.

Even if we decreased all the costs, it's still a high budget production, and that's why we need you to support it."

To be honest, the global cost to succeed this musical fiction production is the double of what we would like you to fund. We're still looking for private fundings to complete your funding. But your help is still essential, very essential. We will surely have a dynamic on this project if you guys show your support.

Package "Vessel Arches" = guest ticket to your selected Chapelier Fou show and a drink with the artist + Package "Moth, Flame"

Package "Scandale !" = Chapelier Fou private show in France or Belgium or Switzerland (including transport & rooming, technical details to be checked)