Raising Among Ruins, Dancing Amid Bullets 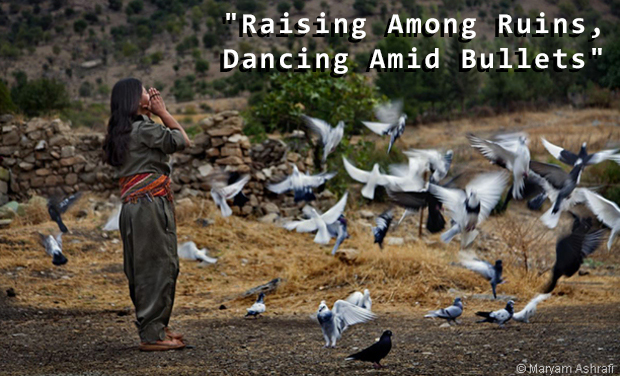 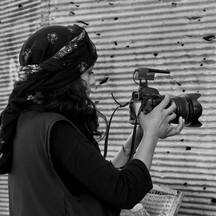 Raising Among Ruins, Dancing Amid Bullets

At the end of 2013 I ​started focusing on Kurdish women fighters and ​very soon​​ during my ​numerous visits to Iraqi Kurdistan and Turkey ​I ​​began ​portray​ing​ the lives​ of Syrian refugees who fled the ongoing war in Syria. ​In its first days of conception the project focused on lives of women fighters ​in ​their ​rather male-dominated societies. To gain a more realistic image of these women I chose not to reduce them to mere guerrillas ​as they mainly battled inequality as well as reinstating their identities as Kurds. These criteria motivated me to follow these combatants throughout the region. Thus the ongoing project portrays the lives of these women ​beside the​ male fighters in Iraqi Kurdistan, Qandil mountains, Kobani if possible in near future​ expand my focus to​ Shingal. ​A part of the ongoing project focuses on Kurdish women fighters in Iraqi Kurdistan as well as in Kobani after it was recaptured from D​aesh​.​

In the heart of the Middle East, a region plagued by religious fundamentalism​ and tyranny, where women are known to be almost invisible in political and social activities, a Kurdish political and social movement has emerged in which women play a substantial role in decision-making​s​ in ​their societies as well as in politics​ and military. It is just recently that the Kurdish movement ​has ​turned into an international media phenomenon widely covered ​by global news outlets, many of which focus on particular role of women fighters and their courage being impetus of the Kurdish movement. Yet to complete this portrait​, ​it is crucial not to encapsulate these fighters to roles they play on battle grounds or in frontlines. Thus a more truthful portraiture, as it should see layers beneath the surface, is ought to cover their daily lives, the obstacles they deal with and motivations they might have for such long resistance. ​It is important to notice that none of these places can be reduced to mere battlefields, as the combatants are inhabitants too and as there are civilians who have lived during the clashes or have come back after the liberation. Hence, the lives of common men, women and children shall not be forsaken. The exhibition "Raising Among Ruins, Dancing Amid Bullets" follows the aforementioned criteria and wills to give a multifaceted portrait​.

A YPJ fighter looks over the wreckage left by fighting on a street in Kobani, Syria. March 31, 2015.

In a cemetery in Kobani, a few members from the YPJ (Women's Protection Units) mourn during the ceremony for Ageri, their fellow fighter who was killed during clashes with the Islamic State.

On their way to the cemetery of Kobani, the family of YPG fighter whose body was about to be bury were sitting next to his coffin. I could feel the pain of loss in the face of the woman who was holding the little boy with a wondering gaze of incredulous curiosity.

A group of fighters dance together between their daily routines in Baghdak village, near Kobani.

Tawar, the one and half years old girl is amongst many children living inside the camp of Komala party of Iranian Kurdistan in the Sulaymaniyah province. Her father who is peshmerga was no longer safe in Iran and had to flee Iran only few days after he got married.

You can see part of ​this ongoing project​ on my website: www.maryamashrafi.com

And some link to ​a ​few publications ​about this project:

VICE NEWS: "In Photos: Grief, Pride, and Hope in the Ruins of Kobane"

Living in Paris and the importance of living together with all other nationalities,​ this project is a great result of collaboration between Franco Iranian and Franco Algerian communities​ ​in Paris. With your help in gathering the needed amount ​to prepare this exhibition, we ​will put together ​twenty ​frames from this project which would be exhibited in the Mairie of 15ème in Paris during the first week of February​.​​

If your donations exceeded the budget I ask for, 30% will go to CEDA association for the refugess in Paris and the rest to continue this project to portray the postwar Koban​i and Shingal​ and prepare a book.

* Special Reward: You can also pre-order the prints from the exhibition which you will receive by the end of February. By this you can support preparing this exhibition and continuity of my project. 30% of the received amount would also go to CEDA association, which is supporting the refugees in Paris. (http://cedaparis.org/qui-sommes-nous/) The limited prints would be from the following photos in 40x60cm or 60x90cm