Pre-order our new EP and help us make a video with danish director Tobias Wilner ! 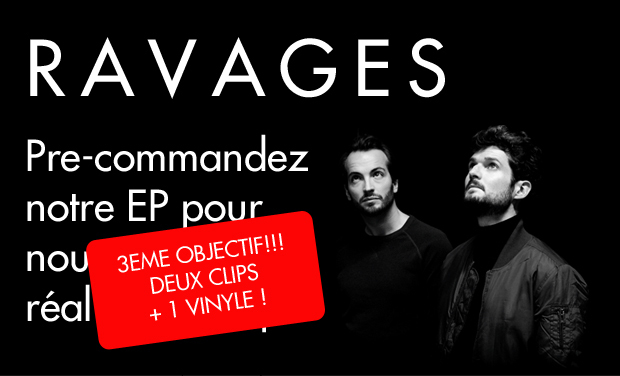 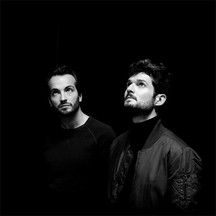 Our first EP, which we are recording in Paris as we speak, will come out early 2018. The first single, « Abraxas », has been released a few weeks ago. Its video has been directed by Cédric Nussli (with a little help from many of our friends – thanks!).

One of the EP's other songs, « Renaissance », was produced by danish musician and director Tobias Wilner, of the band Blue Foundation (which you may have heard on the soundtracks for the movies « Twilight » or « Miami Vice »).

To further our collaboration with Tobias, we asked him to direct the video for the song he produced ! We will shot for two days at the end of november, near Paris, and we need your help to make this video come to life! In order to do so, you can pre-order our EP or one of the many other rewards we came up with : ultra-limited-edition handmade vinyls, a show in your living-room, a remix, a cover on one of our vintage synths, or even a guest spot on one of our songs !

Every backer will receive news about the recording, along with photos, videos, demos, etc. And of course a premiere listening and viewing of the EP and the video.

Thank you in advance for supporting us.

The recording, mixing and mastering of the EP have already been payed for. The money collected will help us shot the video for the song « Renaissance » :

Plane tickets for Tobias who lives in Copenhagen : 150€

WHAT IF WE EXCEED OUR GOAL??

We will then be able to shot another video! We will work again with Cédric Nussli, who directed the video for our song "Abraxas", on a brand newsong called "Gamma".

We will tell you more about this video very soon :)

And what if we exceed our goal again? We're thinking about it... :)

Our new EP in digital format

Our new EP on CD, signed

A mixtape of our influences + Our new EP on CD, signed

Handwritten lyrics to one of the EP's songs + Our new EP on CD, signed

A instrumental cover of the song of your choosing, played by our keyboard player Martin on the JUNO 106 + Our new EP on CD, signed

A instrumental cover of the song of your choosing, played by our keyboard player Martin on the DX7 + Our new EP on CD, signed

For musicians : a remix of one our your tracks by RAVAGES + Our new EP on CD, signed

Life-time (ours, or yours) free entrace to any RAVAGES' show, anywere + Our new EP on CD, signed

A live show in your living-room, for you and your friends + Our new EP on CD, signed (if outside of Paris, you'll have to add travel expenses

A very limited edition (5 copies!) handmade 7 '' vinyl of an unreleased version of one of our songs + Our new EP on CD, signed

Guest spot on one of the EP's song ! That's right, you will play on a song and have your name in the credits ! + Our new EP on CD, signed