The complet recording of the Gaumont-Palace organ and orchestra in 1939, reissue for the first time in CD. 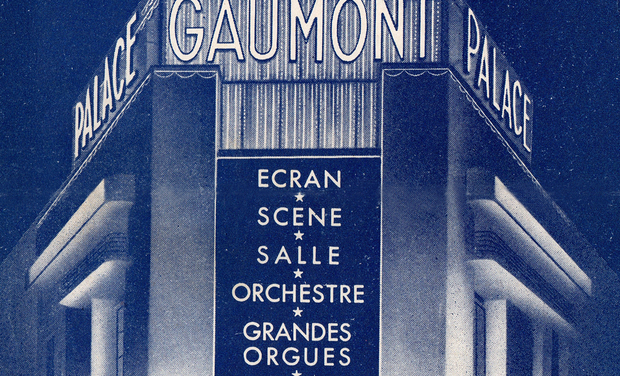 Long forgotten, these 78 rpm of the Gaumont-Palace great orchestra and organ are finally resurrected.

This program brings together the complete recordings made for the Odeon firm in 1939 by two great French musicians, the violinist and conductor Georges Tzipine and the cinema organist of the Gaumont-Palace, Georges Ghestem.

They recorded the great musical tunes that so delighted the Parisian public who flocked to this temple of the cinema to enjoy these famous musical interludes. We can hear the dialogue between the great orchestra and the distinctive voice of the Christie organ, as well as appealing violin/organ duets.

This aural heritage, recorded almost 80 years ago, highlights a musical tradition quite forgotten in France, wherein the pops are mixed in with classical music, along with the great musicianship of first-rate artists, unfairly too little-known today.

Thanks to modern techniques and the skill of sound engineer François Terrazzoni (Studio Parélies, Paris), these discs have been digitized and carefully restored in order to get the most out of the sounds, thus providing optimal listening comfort. Despite the venerable age of these recordings which have survived over the years and passed from hand to hand, they have arguably never sounded as good as they do today.

It was important to unearth and enhance this greatly neglected French recording heritage. Thanks to an encounter in the largest movie theatre of Europe – the Gaumont-Palace in Paris – you will rediscover this past and the sounds of the French musique légère known to too few people, including among musicians. We may also delight in hearing anew Ravel's Bolero and Gershwin's Rhapsody in Blue, in what is almost surely the first French recording of the Rhapsody and one of the first of Bolero.

We are counting today on your support in helping us finance the first volume of this exceptional record project, so rare in France.

Aristic Director: Eric Cordé (Organist and historian, french specialist of the Cinema organ, initiator of this project, the 78 rpm records come from his personnal collection, it took him about ten years to find all these records).

Sound restoration: François Terrazzoni (sound engineer, he is one of the rare French engineers to have specialized in the sound restoration, he has to his credit many restoration, including the collection "Jazz Reference" for Dreyfus Jazz, and also "French organs and organists of the 20th Century" for EMI).

Production: Edition Hortus (French independant record company, founded in 1994, known for the quality and originality of his catalog where a large part is dedicated to the organ repertoire).

Mid-December: Sending of the disc for all the Kisskissbanker

This crowdfunding will help us to finance the expenses incurred for the realization, design and production of the CD, about 64% of the total budget (valued at 7 380 €):

If the crowdfunding exceeds the amount set, the surplus will be used as basis for the second volume project of this collection around the French cinema organ.

Eric Cordé, initiator of this project, will reverse the funds collected to Hortus Edition for the production and CD edition.