Replanting the forest of the indigenous Embera people

And help preserve one of the world’s jewels of biodiversity and local ancestral traditions! 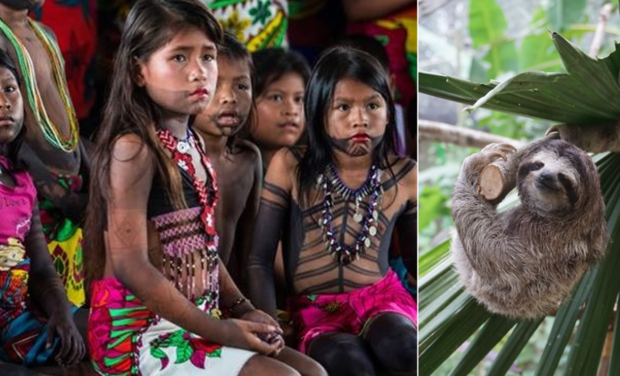 Replanting the forest of the indigenous Embera people

Intensive agriculture and the farming practices of large landholders around the native Indian villages of the Embera in Eastern Panama have devastated the local flora and fauna. The resulting deforestation has caused a major socio-economic disaster with a substantial loss of biodiversity and putting the means of subsistence and traditional culture of these communities at risk.

Having been actively involved as a volunteer with the Emberà community for several years now, I’ve been able to monitor small reforestation projects which have brought myriad benefits, but they are simply not enough! I know these peoples well enough to see how the constant destruction of their environment leads to disastrous consequences on their wellbeing.

With an abundance of invaluable wildlife resources, the Bayano-Darien region belongs to an area of world strategic importance! Notably, it contains one of the continent’s most important forest borders - earning it the nickname the Amazon of Central America – where the vast majority of species contained within are still yet to be discovered. That’s in addition to the birds, amphibians, reptiles and butterflies for which the diversity, beauty and endemic levels are, on our planet, unrivalled! The loss of this resource would constitute a catastrophe with implications reaching far beyond national borders.

Today, the Emberà are the first line of defence of this natural wonder and are also the most impacted by its disappearance: loss of proximity to the forests and their resources, soil and watercourse pollution, and a considerable depletion of groundwater reservoirs. Estimates suggest that in the space of five years, this groundwater table level has dropped by 50%, sometimes leaving the local villages without drinking water for entire weeks….

Although Panama’s GDP growth regularly surpasses the 5% mark, in the indigenous territories 98.4% of the population suffer from extreme poverty. Despite these inequalities, the Emberà people continue to fight each day to protect this important natural wonder – so let’s help them!!

Led by the Emberà communities of Piriati and Ipeti and supported by the Embera-Wounaan General Congress, this project will enable the reforestation of strategic zones surrounding villages and the edge of the stunning Darién rainforest using endemic plant species.

On a local level, it will promote the return of biodiversity, reliable access to safe drinking water and significantly improve the sustainable economic outlook for the community (such as tourism and agroforestry).

More broadly, it will help to preserve the Emberà culture and traditional practices which rely on the use of natural resources (dyes for clothing and ceremonial paint, wood for housing, medicinal plants etc…)

Today, more than ever, it is important to take care of our planet! Help us to do it!

Specifically, with your donations we can initiate the project by creating the region’s first reforestation support fund which will allow us to:

This project cannot be carried out without your support! Thank you!