A monk, a scientist, a broker; a fresh look at the ancient practice of meditation, recently rediscovered by science. 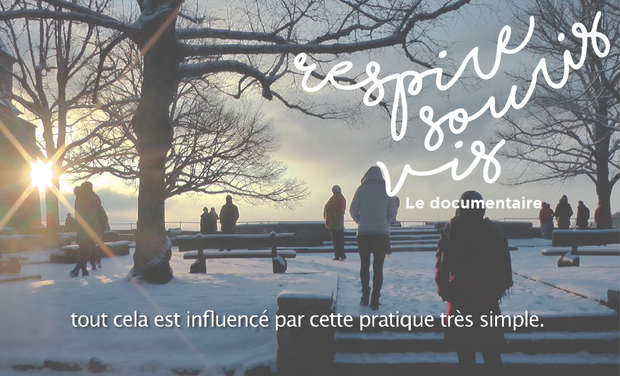 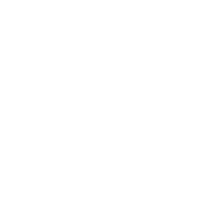 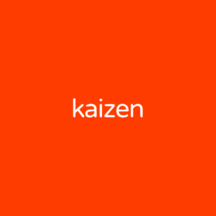 That's it !!! We exceeded our first objective!

We feel an incredible gratitude to all of you !!! You have accomplished so much, it's beautiful ! We love you !!

I would like to clarify what meditation is, and is not, about.

Meditation is not about providing THE solution to all problems. It is about sharing.

I decided to direct a documentary film on my vision of Mindfulness Meditation after I met wonderful people who literally changed my life. My objectives are many:

•  To introduce to a practice that is accessible to all, makes you feel good and can be helpful to others.

• To make a documentary film about meditation from a scientific, matter-of-fact perspective far from clichés, fads and fashions.

• To contribute to the emergence of a more altruistic, more solidarity-based and more conscious world. In short, linking people

The film crosses the perspectives of a Zen Master, Thich Nhat Hanh, a scientist, Jon Kabat-Zinn and a financier, Laurent. Everything seems to oppose them, and yet they have one thing in common: each one of them practices meditation.

The benefits of this millenia-old, secular practice are now being rediscovered by medicine and scientific research. It has become an antidote to the stress experienced in modern society and is ever-more present in schools, hospitals, businesses and prisons.

Now take a good seat, pay attention to your breath, and when your attention wanders, return. There is nothing simpler and at the same time nothing more complicated...

Like in a meditation, I would like this film to be an experience. A pause in daily life, to wonder at the world, to rediscover the beauty of life in the present moment and to become aware of our individual responsibility in the community.

Yen Le Van: I have been editing about 60 films. I in particular worked with Yann Arthus-Bertrand on Home, Éric Julien on Kogis, The Message of the Last Men, and Luc Jacquet on Of Penguins and Men.

In short, helping others for all this time. Today, I too have the urge to express something dear to my heart. At its core, my film tells of love. Because that is what saves, and what soothes.

In 2011, during a retreat at Plum Village, I met a Zen Master from Vietnam, Thich Nhat Hanh. His careful choice of words in telling me about his life touched me profoundly. Here was a man who had survived the Vietnam War and a life of exile in France, and despite these hardships, he spoke without bitterness, without anger. Kuwait, Afghanistan, Iraq, Syria… His view of suffering in the world was not limited to his own story. I found in what he told me a reflection about our ways of life and the choices we make with respect to our own “violence” and that recorded in history.

For Jon Kabat-Zinn, discovering meditation coincided with a personal decision to get involved. Guided by a desire to be of service to others, this high-profile scientist made a splash when he created the MBSR (Mindfulness-Based Stress Reduction) program. His personal vision has since come to fruition: the benefits of his methods are supported by the science, and meditation has seen a renewed validation.

Finally, there was Laurent. Through him, I finally saw myself, and saw all of us. “Broking was fine, it made me a lot of money, but it didn’t feed me. I thirsted for something I wasn’t able to identify… It wasn't a thirst for spirituality. It was a thirst to throw off the shackles in our everyday lives, not to remain on autopilot from morning to night.”

Through them, I created an atemporal portrait of our humanity, with its rifts and joys. Perhaps the veritable act of resistance is facing and embracing the world as it is.

“I wish you may never abandon discovery, adventure, in life, in love, because life is a magnificent adventure and no reasonable being should give it up without a harsh struggle” – Jacques Brel.

And everyone else who pitched in…

Do you like the graphic design of this page ? It is thank to the talented Ludovic Lepeltier-Kutasi!

Experts featured in the film:

Richard Davidson, professor of psychology and psychiatry at the University of Wisconsin-Madison, pioneer in contemplative neuroscience and founder of the Center for Healthy Minds.

Antoine Lutz, Researcher at the University of Wisconsin-Madison and INSERM Research Director at the Neurosciences Research Center in Lyons.

Mira-Bai Ghatradyal, Yoga Instructor. Ghatradyal is the daughter of Shri Mahesh, a Master Yogi who pioneered the introduction of yoga in France and was close friends with Françoise Dolto and André Malraux.

Eline Snel is therapist. She created in the Netherlands the Academie Voor Mindful Teaching where she provides training for teachers, psychologists, parents and children.

She is also the author of "Sitting Still Like a Frog", an original book for children aged 5 to 12 and their parents.

With the special participation of Michel Bitbol, director of research at CNRS in philosophy of sciences, who offered to write the film’s voice over.

Your name in final credits

"FERTILE PACKAGE"= PUR PROJET plants a tree for you at the river source of the Sâo Francisco, the third biggest river in Brasil. The objective is to plant different types of native trees in partnership with local communities to preserve water ressources of which a third of the Brasilian population depends + VOD link of film + name in final credits

Private screening of the film at your business (France/Europe, excluding travel costs). Hosted by the director and a character of the film. (The name of your company will appear in the final credits under “Sponsors”)