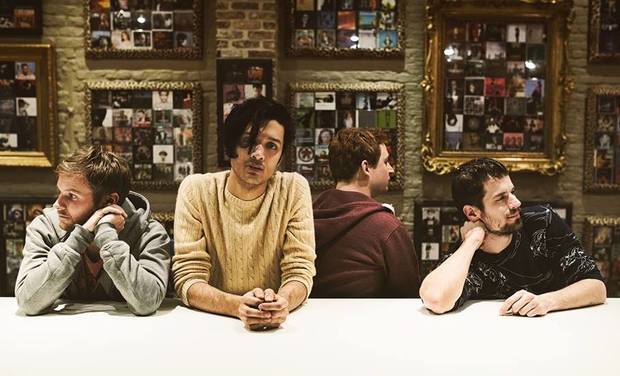 Thanks for being on this site!

We have some big news here: we are going to the studio to record our second release! But bigger news is that we have been offered an opportunity to record it with an internationally praised British producer, Eliot James. Previously he has worked with bands like Puggy, Kaiser Chiefs, Block Party, Noah & the Whale, Two Doors Cinema Club just to mention some... And now he is willing to work with us!!

This is why we decided to ask your help and launch this crowd funding. For the past 4 years, Rising Sparks have been gradually growing and we have already collected part of the needed amount. However, as Eliot James is highly appreciated producer and the recording would take place at Belgium's number 1 studio ICP, our resources are not enough.

The plan is  that the recording would take place in the beginning of March in Brussels, where Eliot will be joining us from London. We will record 3 tracks and the release date is planned for April. The mixing of the tracks would be done in London.

And this is how it goes for you:

2) If our contribution target, 7 500€, is reached, you will receive the rewards mentioned here below.

3) If the target is not reached, your contribution will be fully reimbursed to you.

So basically it is just a question of a pre-payment for something nice from us :)

We set the target to 7 500, but bear in mind that the total cost is much more and the rest will be financed by ourselves.

If you have any questions, feel free to get back to us!

Sincere thanks for your support, let's make this happen together!

For 5€ and more: 'PACK KISS KISS' - Thanks in the social media

For 10€ and more: 'PACK PACK' - Thanks in the social media + signed & dedicated band photo + stickers

For 15€ and more: 'RISING PACK' - The previous rewards + digital version of the new EP before the official release

For 500€ and more: 'PACK STUDIO' - Pack VIP + meeting/jam with RS at their rehearsal studio

For 1.000€ and more: 'PACK ACOUSTIC' - Pack VIP + Unplugged RS Concert at YOUR place! (travel expenses of the band included in Belgium)

For 2.000€ and more: 'PACK CONCERT' - Pack VIP + a full RS concert in a private venue for YOU and your friends (travel expenses of the band included in Belgium)

For 10.000€ and more: 'PACK GOD - 'All the packs + Visit at the ICP studios during the recording session + recognition for life!

The collected funds will be used to the production costs of the future release (3 tracks + 1 acoustic bonus track).

The costs consist of studio and production fees. Please bear in mind that the total cost is much more than the set target and the rest will be financed by ourselves.

If the target is exceeded, the funds will be used as follows:

"PACK KISS KISS" : Thanks in the social media

"PACK STUDIO" : Pack VIP + meeting/jam with the band at their rehearsal studio

"PACK CONCERT" : Pack VIP + a full RS concert in a private venue for you and your friends! (travel expenses of the band included in Belgium)

"PACK GOD" : All the packs + visit at the ICP studios in Brussels during the new EP recording + recognition for life!