Rollerblades for kids in Senegal

Help us send the collected rollerblades equipment to children in Senegal 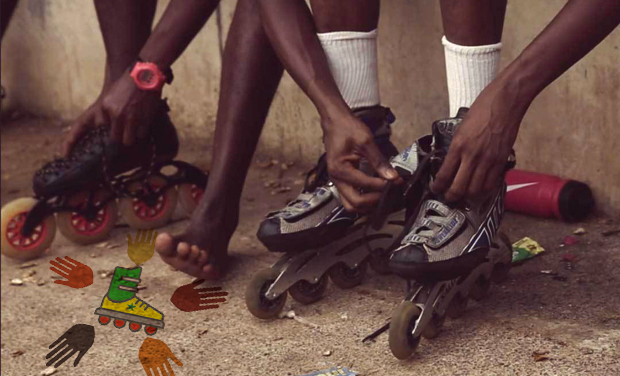 Rollerblades for kids in Senegal

We believe passions exist so they can be shared. What better way to do so than through a humanitarian and sportive adventure? Our passion is rollerblades and above all the sensation of freedom that comes along with its practice.

We would like to offer children and struggling youth from Senegal a chance to learn how to ride rollerblades and gear up with collected and restored equipment. Help us send it there!

This action is part of the great rollerblades trip between Madrid and Dakar which Johann, our mascot, will undertake. Once he arrives in Dakar we will send the equipment and with the help of humanitarian structures and rollerblades enthusiasts associations we will spread our passion through events on location.

The 4 000 euros collected thanks to this crowdfunding will help cover : the logistical fees in France and Senegal, as well as the restauration of the equipment gathered during summer 2018 and its shipping to Africa.

Visit the project’s webpage or check us out on Facebook.

Some of the children are dealing with great distress and are in various age groups. We are focusing mainly on the Dakar area to help children who suffer handicap, who live in the streets, or “talibés” begging in the streets…

We believe our action might represent another opportunity for them to grow and thrive.

It is important for us to help out those who need it the most by bringing joy to their daily lives. This is why we are teaming up with the following humanitarian associations:

- L’empire des enfants : Emergency shelter for children in the streets.

- APEHS - Association for Handicapped Children in Senegal : this association supports children who suffer from mental disability.

- ALEFS - With The Children and Women of Senegal aims at supporting vulnerable children, including “talibés” who are exploited into begging in the streets.

- ESTEL Dakar : Strive for the education and integration of children and youth dealing with mental handicap.

THE SENEGALESE FEDERATION FOR ROLLERBLADE

We also support the athletes of the Senegalese federation for rollerblades who face difficulties getting proper equipment on top of competing.

Although rollerblading has considerably developed in West Africa and especially in Senegal, it is still difficult to acquire quality equipment as much for logistical as financial reasons.

To achieve our project the first question we had to ask ourselves was “what rollerblades are we using?”. For that we can count on the generosity of many rollerblades enthusiasts who want to share their passion.

We launched a national collect in May 2018, which will carry on until July.

We have 8 collecting point all over France. The skates, protective gear and wheels will be picked out, repaired and prepared for shipping to Senegal.

With the help and expertise of the association Accro Roller in Dakar, learning workshops will be offered to children of the different support groups. The beginner’s workshops are made up of 4 different units of 2 hours.

Accro Roller is an association of rollerblades enthusiasts. Based in Dakar, the now 15 years old collective is led by the figure head of west African rollerblades Babakar N’diaye.

We are working with the following timeline :

-From May to July 2018 : Big rollerblades collect

-Mid-July : go around France to collect gear from the different collection points.

-July 28-29 : repairing and reconditioning of the collected gear over the weekend

-February/March 2019 : shipping of the rollerblades gear to Dakar, end of the journey.

-March/April 2019 : Rollerblades workshops for the children with Accro Roller

This crowdfunding will allow to cover our logistical fees and thus help dozens of struggling children to discover rollerblades and thrive with it.

We do our most with the help of volunteers, friends and family to be as cost efficient as possible. However some fees are already engaged and need to be addressed to meet our goals.

With these 4 000€ we will be able to cover : communication mediums, centralization of collection points, restoration of the gear, shipping to Dakar and logistical fees on location.

YOU are the ones who can help us achieve that, regardless of your participation. It’s important to realize that there is no small donation and that every contribution is important.

Thank you very much for taking note of our project, if you want more informations or even get involved, you can contact us on facebook or by mail (travelbyblades@gmail.com).

IF THE GOAL IS EXCEEDED: the additional funds will be blocked and reused in our next charity event around rollerblade.

The money from this crowdfunding will be collected by Planet roller, an association of enthusiasts rollerbladers, who has been exploring the world for 20 years.

A big thank for helping our project, you support a good cause !

Your name (and / or photo) on the thank you page of the website.

We send you a fabulous postcard from Dakar!

A handmade bracelet made in Sénégal from recycled rubber and stainless steel.

An assortment of three handmade bracelets made in Sénégal from recycled rubber and stainless steel.

A drawing in your name made by a child of a structure supported by the project AND a handmade bracelet made in Sénégal from recycled rubber and stainless steel.

We invite you to the after trip picnic where you can meet the various actors of action.

All previous rewards and a Skype meeting since Dakar with the kids.