Rosé is daring to say what is behind apparent golden childhoods... A book of photographs and short texts, an exhibition. 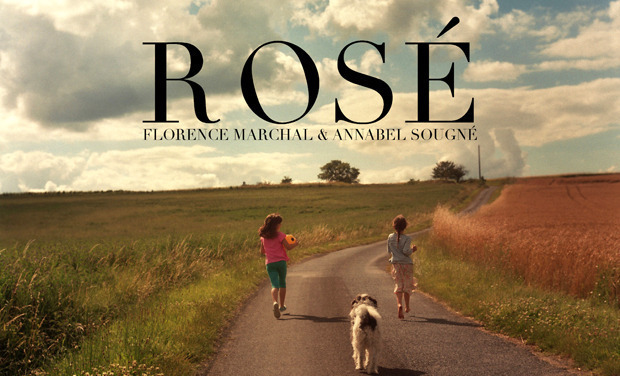 Detailed presentation of the initiative

Rosé was born from the reunion of two women, with an odly similar childhood , a writer and a photographer, who had not seen each other for a long time. Their remembrance was so intense that only a few days later, texts and images were already exchanged between the two of them.

Rosé is a spontaneous, instantaneous and almost intuitive project. Self imposing, it started in Spring and ended in Autumn.

"This four hand project deals with the incest issue, in a delicate and suggestive way, and still clear in its message.

The texts and images chosen to illustrate the theme of violence within families are organized to complete each other. They allow sensations and colours that have been deeply sunk into our memory emerge back to the surface. Beyond the artistic aspect of Rosé, the auteurs are also very much interested in its therapeutical dimension. They have been encouraged to do so by the expressions of interest given by many people that read the manuscript." (text Vincianne capelle, Amazone association)

Rosé is not a one shot initiative. It is part of a larger editorial process that will tend to mix serious and grave societal issues with lighter and fresh topics that all have in common the same ambition : tell and show.

Florence Marchal studied architecture and education training. After years of being architect, she specialized in visual arts and editorial writing. She collaborates on a regular basis with graphic and fashion designers with a special focus on shapes and colours. http://www.florencemarchal.be/

Annabel Sougné is a professional belgian photographer. After a master in communication, she became a fashion and advertising photographer. She exhibited her personal work based in Brussels in the Breughel Center and in the Jacques Franck, the cultural center of Saint Gilles. http://www.galloismontbrunfabiani.fr/photographer/annabel-sougne/

They both live and work in Brussels.

Objective of the initiative

It is a two-fold objective:

1. A book and an exhibit

A book and post cards with a selection of pictures (drawn out of the book) will be printed.

The release of the book is due for Autumn 2013 and we are preparing an exhibit in April 2014 in Brussels, where texts, pictures, little objects from childhood and a video will be shown.

2. A one day workshop

The selling of the book, post cards, pictures should allow to cover expenses and provide the necessary support to organize a one day workshop. Associations for victims of abuse, psychologists, teachers, gynecologists and philosophers will be invited.

Through this artistic work, it is our intention to address a still taboo topic and open up to possible improvements suffering adults and children.

What will we use the collect for